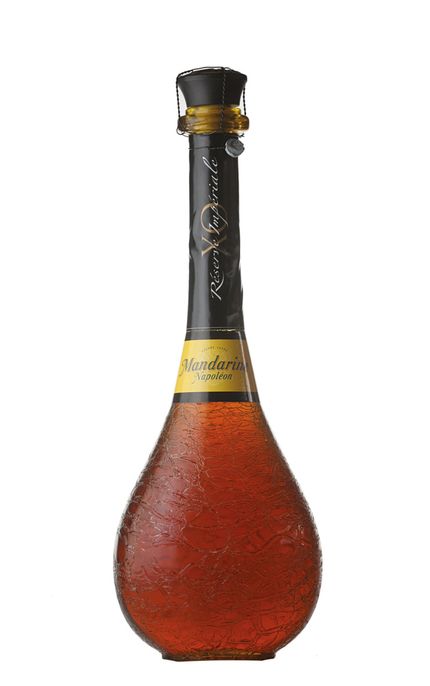 Mandarine Napoléon’s flavour comes from Mediterranean mandarin peel, which is macerated in alcohol with over 27 other botanicals (including green tea, clover, coriander and cumin). This deluxe Reserve Impériale version of Mandarine Napoléon is blended with Grande Champagne XO cognac.

Mandarine Napoléon’s distinctive flavour comes from Sicilian oranges - sometimes referred to as tangerines. Production starts with two separate macerations, one with chopped fresh mandarin oranges and the other with dried mandarin orange skins. The macerations are prepared in specially designed stainless steel vats charged with neutral alcohol diluted back to 50% alc./vol. with purified water. To each of these macerations a secret combination of twenty other botanicals, known to include green tea, nutmeg, cinnamon, clove, coriander and cumin, is added prior to distillation. Both macerations are combined to charge the still.

The 1,000 litre Arnold Holstein stills used are specifically designed for the distillation of fruit brandies and have 65 meters of honeycomb copper contained in the top one meter of the rectification column which sits above each pot. At the end of distillation, the distillate leaves the still at 80% alc./vol.

This highly complex and concentrated essence is then shipped to De Kuyper in Holland where it is blended with cognac and sugar. Absolutely no industrial flavourings are used and Mandarine Napoléon’s distinctive hue comes only via natural colouring - from saffron and caramel.

Mandarine Napoléon is claimed to have been created in 1892 by Antoine-François de Fourcroy, a chemist and son of a pharmacist who served as member of Emperor Napoléon’s State Council. He was bestowed with the noble rank of Count to the French Empire and Commander in the Legion of Honour. Antoine had frequent meetings with Emperor Napoléon and used to make notes about these meetings in his private diary. One such entry pertains to the recipe of Mandarine Napoléon liqueur, which it is believed Antoine created especially for the Emperor based on aged cognacs and mandarin oranges. Mandarins, often known as tangerines, had been introduced into Europe from China in the 18th century and grew particularly well in Corsica, Bonaparte’s birthplace. At the time, they were considered exotic with special health properties.

During the late 19th century, a Belgian chemist interested in the work of Fourcroy discovered the ingredients to Napoléon’s liqueur in Fourcroy’s diary. This same chemist, Louis Schmidt had a small distillery in Brussels and in 1892 decided to create a liqueur based on the recipe. Production was continued by members of Mr Schmidt’s family until shortly after the Second World War, when they had to close their distillery. Members of the Fourcroy Company, which had coincidentally been in the wine and spirit trade since 1862 took over production of the liqueur. Thus, Mandarine Napoléon was once again connected with the Fourcroy’s.

In 1998, the Fourcroy family engaged Distillerie de Biercée to distil Mandarine Napoléon’s spirit base. Established in 1946, Distillerie de Biercée is not far from Mandarine Napoléon’s original Belgian home, close to the French border. The distillery was created right after the war to turn local fruits into brandy – originally using a still made from a converted torpedo tube from a German submarine. Today Distillerie de Biercée is Belgium’s only specialist fruit brandy distiller, boasting a state of the art distillery with four Arnold Holstein pot stills which are housed in what I am reliably informed is Belgium’s second biggest barn. Formally part of a farm connected to an Abbey which was destroyed at the time of the French revolution, this structure is almost as impressive as the beautifully laid out distillery it houses.

The worldwide recession took its toll on Fourcroy’s business and in September 2009 the Dutch liqueur producer, De Kuyper brought Mandarine Napoléon from Fourcroy. However, Distillerie de Biercée continues to distil the Mandarine orange peel and botanicals used to make Mandarine Napoléon’s all-important orange and botanical base. This is then sent to De Kuyper’s production facility for blending and bottling.

Famous for its genever and liqueurs, the Dutch firm of De Kuyper was established in 1695 when newly wed Petrus de Kuyper founded the firm in Horst in Limburg, in the south of the Netherlands. Originally De Kuyper was a manufacturer of ‘kuipen’ - wooden barrels used for transporting genever and beer. The direct translation of De Kuyper refers to this trade in the same way Cooper does in English.

In 1729 Jan de Kuyper, third son of Petrus, and his wife Anne Custers moved to Rotterdam and became shopkeepers. There are no records to indicate whether this shop was a liquor store but in 1752 Jan de Kuyper took over a distillery in the genever-manufacturing centre of the time, Schiedam, just outside Rotterdam. They then sold it again only two years later.

However, the family were destined to be distillers and in 1769 two of Jan’s sons, Johannes and Pieter de Kuyper, who up to this point had been individually trading brandy, joined forces setting up a partnership to buy an existing distillery in Rotterdam. It was from this base that De Kuyper rapidly expanded and today’s De Kuyper family are the 10th generation to run the business.

Wonderfully rich but balanced with cognac strength and complexity preventing this being overly sweet. 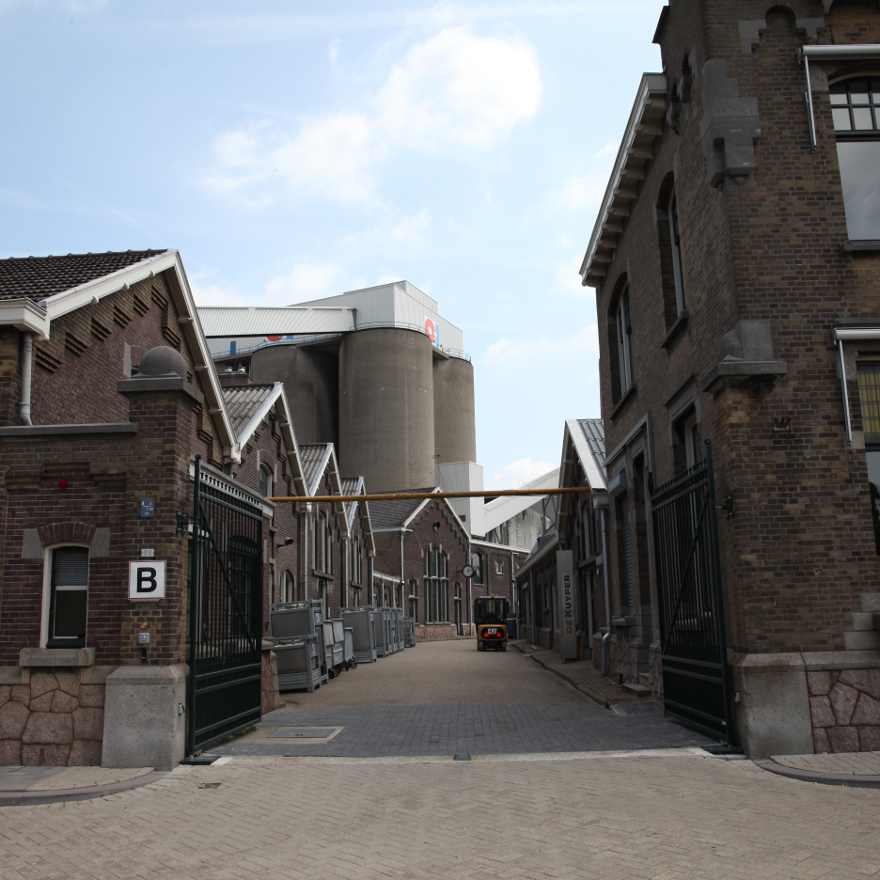 De Kuyper have been distilling at this site on the Buitenhaven Canal in Schiedam, 6km to the west of Rotterdam... 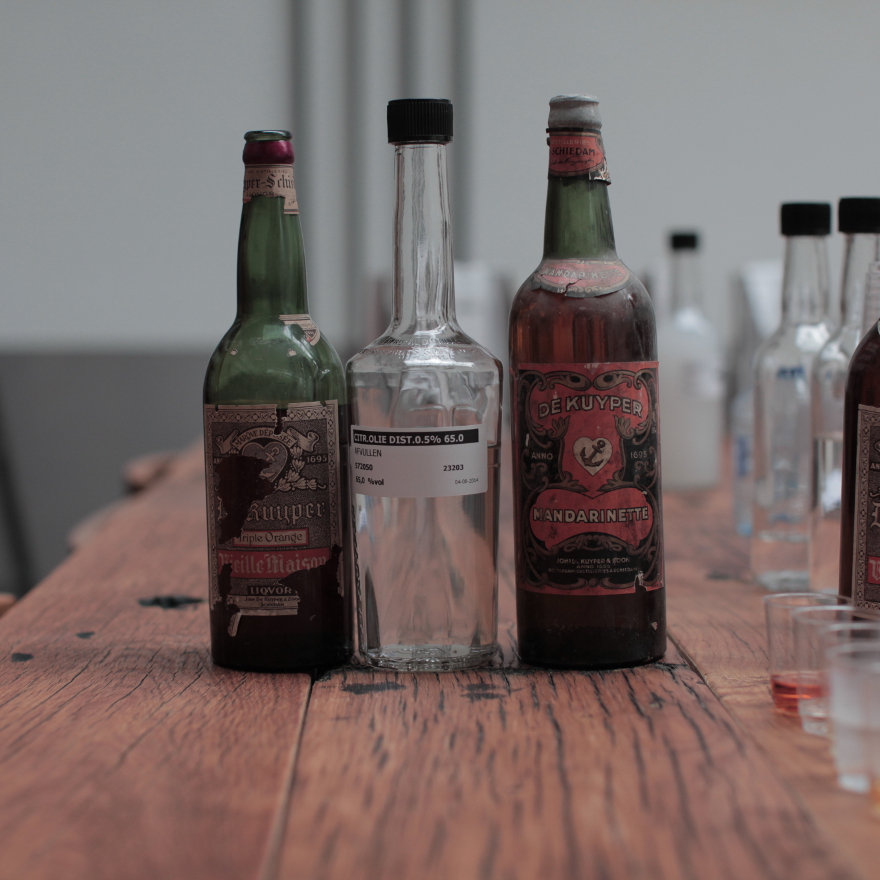 Born of a nation of seafarers and merchants, this 320-year-old company has seen its way through French occupation... 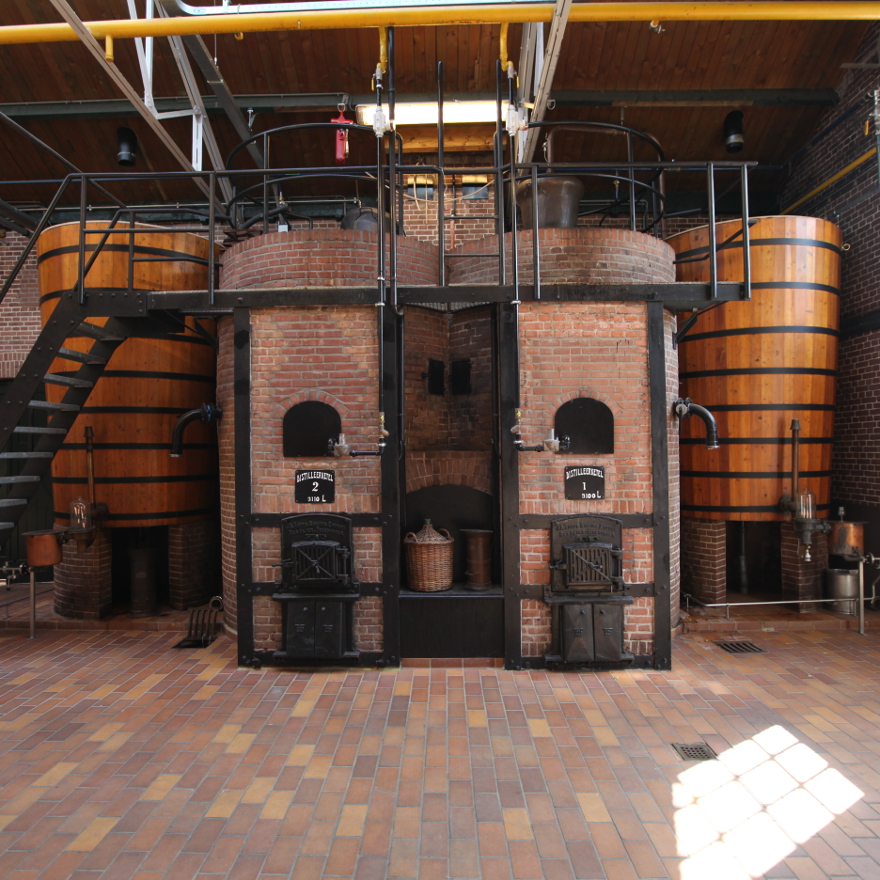 How De Kuyper make their products

De Kuyper has a proud 320-year history and this still family-owned company has survived and prospered by continuously... 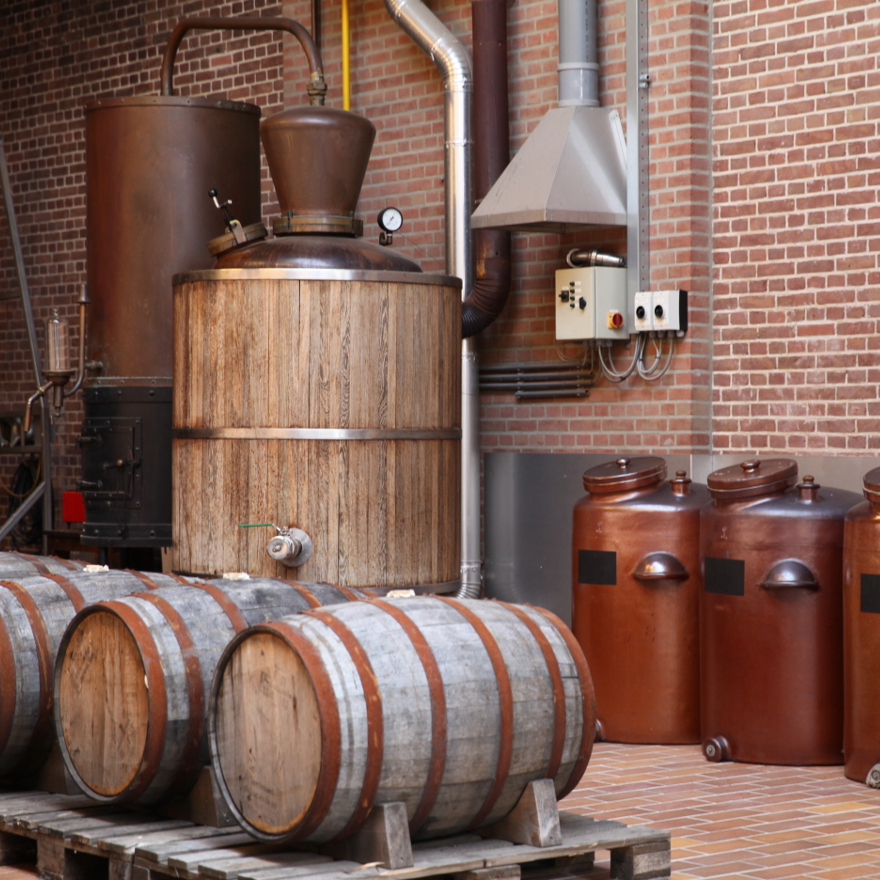 See all products made by De Kuyper.