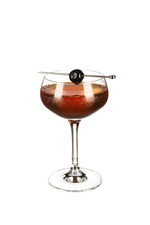 Built in the neo-Gothic style, New York City's Woolworth Building is a striking landmark and when it was opened this day in 1913, the 60 storey building was the world's tallest at 241.4 m (792 ft) high with 5,000 windows.

The Woolworth Building stands proudly on Broadway, between Park Place and Barclay Street, opposite City Hall in Lower Manhattan. One of the first skyscrapers built in Manhattan's financial district, due to the building's resemblance to Gothic-style cathedrals, it's nicknamed 'The Cathedral of Commerce'. And, the Woolworth Building's spectacular entrance lobby is indeed cathedral-like.

Commissioned and owned by the B. F. W. Woolworth Company, the building was designed as the company's new corporate headquarters but on opening Woolworth only occupied one-and-a-half floors, profiting from renting the desirable space to others, most notably Columbia Records who built a recording studio where many of the first jazz recordings were made.

The top thirty floors, formerly office space, was sold to a developer in 2012 and converted into super-luxury Penthouses - the one atop the edifice occupying the entire top floor of the skyscraper reputedly sold for $110 million. We're counting our loose change and drinking to the Woolworth Building with a thoroughly appropriate High Ryeser Manhattan.

Happy birthday, Snuppy! And yes, that is Snuppy, not Snoopy, a cutesy Korean cross between Snoopy and puppy. The world's first cloned dog - despite subsequent controversy - Snuppy was born on this day in 2005.

A black Afghan hound, he was created in Korea by a team of scientists and has subsequently become a father himself - by two separate lady dogs, both of them, also, clones. Once one of science's furthest and weirdest frontiers, cloning is now, if not exactly easy, an accepted part of medical science, and even of daily life in Korea, where a set of cloned sniffer dogs, all named Toppy, were trained to patrol airports. In fact, for sniffer dogs, cloning makes sense. Even when specially bred, only 30% are good enough to make the cut.

We are toasting Snuppy, and the various Toppies, with a Hair of the Dog.

It's the anniversary of the Bishopgate Bombing

If you grew up with the "Ring of Steel", the network of byways, surveillance cameras, chicanes and closed roads that enfolds the City of London, you might not remember the Bishopsgate Bombing, an atrocity that was carried out this day in 1993.

That was back in the days when the IRA, not Al Qaida, were the bad guys, armed police were never to be seen in London, and hundreds of backstreets offered varying ways into the City. About a tonne of fertiliser packed in the back of a van exploded, killing one person, injuring forty, and causing hundreds of millions of pounds worth of damage - bills that sparked a crisis in the UK's insurance industry.

The "Ring of Steel" sprang up in response to this, as a way of protecting access to London's financial heart: more than two-thirds of the roads that used to lead into the City have now been closed. We are marking today, the start of a less fancy-free time for London, with a Londoner, a great drink by a great bartender in another of the world's great cities.

... comment(s) for New York's Woolworth Building opened on this day