Anniversary of the Boston Molasses Disaster 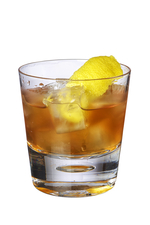 On this day in 1919, as Martin Luther King was being born in Atlanta, Georgia, a giant molasses tank exploded in Boston, flattening homes, shops and people - and flooding the neighbourhood in a tide of molasses. More than 20 people died, and over 150 were injured. Why?

Well, the 10 million litres of molasses, which were awaiting transportation to a distillery for processing into industrial alcohol, formed a lethal, sticky and fast-moving tidal wave. The tsunami reached around 8m high at its peak, and moved at over 50kph, with enough force to warp steel girders. Some people drowned in molasses; others were crushed to death by the weight of it; others were killed by shrapnel from the exploding tank; and others were injured by falling buildings.

The distiller (Purity Distilling Company) blamed anarchists; local people blamed negligence; in the end, the distiller settled for around $1 million, although the area smelt of molasses for decades. We are toasting Bostonians, and their fighting spirit, with a Treacle, a contemporary classic created by Dick Bradsell.

The day "The Beast" was captured

Twenty years ago, Salvatore "The Beast" Riina's life of crime came to an end with the immortal line: "Gentlemen, you are making a big mistake."

They weren't. The carabinieri who apprehended the killer of Judge Giovanni Falcone at traffic lights had him bang to rights, and one of the century's most-feared Mob bosses was convicted of life imprisonment for over one hundred murders, 17 in a single terrorist-style train bombing.

Born in rural Sicily, Salvatore Riina started his career as a hitman and progressed to become Palermo's largest Godfather: the $125,000,000 of assets the government managed to snatch back from him were only a fraction of his true worth.

Since his imprisonment the power, or at least the violence, of the Palermo Mafia has declined significantly. So we are toasting the anniversary with a Green Beast.

"Now that I got me some Seagram's gin everybody got they cups, but they aint chipped in. Now this types of s**t happens all the time you got to get yours but fool I gotta get mine." - such were the wise words of Snoop Doggy Dog when he released Gin and Juice this day back in 1994.

The singer's name comes from the fact that he looked like Snoopy from Peanuts when he was younger - no wonder the poor guy had to turn to gin. Or maybe it was because his real name is Calvin Broadus.

Although Snoop Dog was clearly a fan, gin never really caught on as the ultimate gangsters' drink, but we like it, so we're counting the release of Gin & Juice as a good enough excuse to make ourselves a large one tonight!

... comment(s) for Anniversary of the Boston Molasses Disaster