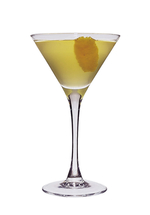 We all have our favourite line from Winnie the Pooh, but not the late Dorothy Parker who hated the books and famously remarked in a review for the New Yorker, written under her pen name Constant Reader, "It is that word 'hummy,' my darlings, that marks the first place in The House at Pooh Corner at which Tonstant Weader Fwowed up."

Nauseating they may be, but the Pooh stories refuse to die. And today, the birthday of A.A. Milne, who created not only Winnie the Pooh but Eeyore and Piglet, is officially Winnie the Pooh Day. Which we're sure would have absolutely delighted his son, Christopher Robin Milne, who was bullied at school exactly as badly as you'd expect, and even wrote a memoir on the topic.

Dedicated Pooh-philes and parents of small children will be taking to woods around the world to re-enact scenes from the books and go on honey hunts. Us? We'll be in the bar enjoying a Pooh'tini. You might like to join us, or instead have a Honeysuckle Daiquiri or a Honey Bee.

This is also the day Captain Cook discovered Hawaii

It was on this very day back in 1778 that James Cook - the son of a Yorkshire farm labourer - saw an unknown archipelago rise out of the Pacific Ocean, and went on to become the first European to discover the Hawaiian Islands.

He observed bare-breasted women who could swim through surf too fierce to land a canoe in with infants on their breasts and local people enjoying the intoxicant kava. He also traded pigs and clothing for iron goods. Ironically, Cook remarked on the kindness and good-heartedness of the people. Which was, sadly, not to last, after one of his men shot and killed a Hawaiian.

Returning a year later, with his ship in some distress, Cook misjudged the hostility of the locals. Stepping ashore, he was beaten and hacked to death, along with seven soldiers, by locals angry at being accused of the theft of a boat.

On his first voyage to the South Pacific in 1768, Cook lost 41 of his 98-man crew to scurvy, so we thought that it was only appropriate to celebrate his discovery with a nice fruity drink - the fact that this one happens to be named after the very island Cook stumbled across is an added bonus. So tonight, why not make a Hawaiian Stone Sour by Dale DeGroff, and toast the adventurous Yorkshire man, and his great discovery.

... comment(s) for Winnie the Pooh Day