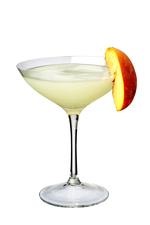 Today is International Women's Day, an excuse, if ever one was needed, to propose a toast to women around the world.

First celebrated on this day in 1914, International Women's Day continues to be marked around the world, as a celebration of women's social, political, economic and cultural achievements.

The progress women have made since American socialists first celebrated International Women's Day is quite phenomenal: there are female Prime Ministers and CEOs, and now it's rare for a woman not to have the vote. However, there's still a way to go. Even in the most developed countries, women's earnings consistently lag behind men's, and violence, sexual and otherwise, continues to be a major issue.

So today we are toasting the cause of women's rights with a Perfect Lady, a cocktail we believe was named for Wallis Simpson. While you're at it, perhaps also toast the amazing women in the drinks industry, from distillers to bar owners, from brand ambassadors to bartenders.

It's also the Hitchhiker's Guide To The Galaxy's birthday

If you know that the answer to the great question of Life, the Universe and Everything is "42", then you'll be pleased to know that today is the day The Hitchhiker's Guide to the Galaxy was born.

Yes, the creation that brought you Marvin the Paranoid Android, Vogon poetry and the Infinite Improbability Drive, not to mention "the best drink in existence", the Pan Galactic Gargle Blaster, made its debut on BBC Radio 4 on 8th March 1978.

It has since spawned five books by Douglas Adams, others by his literary inheritors, one film, a TV series, several radio shows, countless stage productions and, of course, Towel Day.

In honour of Douglas Adams, a fantastic writer who died too young, we are drinking an Marvin's Last Word, a cocktail created by our friends at Bar 42 in Athens Greece - a bar that was much influenced by Douglas Adams'.

On this day in 1949, the man who gave us the immortal line "Serious persons omit fruit salad from Old-Fashioneds", a founder of the American Wine & Food Society, and author of two cocktail books, died in Peekskill, New York, after a short illness.

A man of varied interests, Crosby Gaige had an impressive herb garden, printed rare and beautiful editions, collected fine wines during Prohibition, worked with Humphrey Bogart and Henry Fonda as a theatre producer, distilled his own perfumes, and appeared on radio and TV to talk about food.

"I consider myself the greatest cook in the world yet unhanged," the New York Times recalled him saying, in his high camp oratorial style. "I may have a certain amount of reticence as a theatrical producer, but as a cook, I am brazen."

They don't make them like Crosby Gaige any more, we fear. And so we're marking his passing with - what else? - an Old-Fashioned.