Tonight's the festival of Bacchanalia 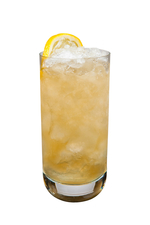 Tonight is the night of Bacchanalia, one Roman festival that would be well worth reviving (if it weren't for the fact that the Romans themselves ended up banning it).

Sadly, the Romans banned the Bacchanalia in 186BC, after reports of murders, poisonings and conspiracy against the state. They revived them around 50BC in a much tamer form, with sedate public processions in honour of the god. Boring.

Now, we don't know what your plans are for the evening. But if you are looking for inspiration for a good time, the Bacchanalia is as good an excuse as any. We are getting ours started with a Divino's, a divine concoction featuring both wine and chocolate. Or you may consider a Roman Punch more fitting, and we're sure the Roman Bacchanalians would appreciate the hit of overproof rum.

In the days before the internet, if you wanted information that your government would prefer you not to have, books were your only hope - as were book smugglers, such as Jurgis Bielinis, born on this very day in 1846 in what is now Lithuania but was then part of the Russian Empire.

Despite only having a primary school education, Bielinis overcame Russia's ban on the Lithuanian language and literature. He smuggled books, newspapers and magazines in both Latvian and Lithuanian, printed his own newspaper and wrote several pamphlets on the history of his nation.

Lithuanians commemorate today as Book Smuggler Day, so we are celebrating freedom of information, and freedom to choose your own language, with a Poet's Dream.

It's also the anniversary of the 1st FA Cup Final

If you were about in London on this very day back in 1872 then you might have been one of the lucky 2,000 in Kennington watching the very first FA Cup Final.

The Wanderers took on the Royal Engineers, having made it to the final of what is now the oldest football competition in the world. The Field described the game as "the fastest and hardest match that has ever been seen at The Oval." After 90 minutes of battling it out, the Wanderers finished victorious, beating the Royal Engineers 1-0.

Each player in the winning team was presented with a silk badge and an inscribed gold medal...and, of course, The Wanderers were awarded the cup at an annual dinner at the Pall Mall Restaurant, which is a good enough excuse for us to mix a Pall Mall Martini tonight, and celebrate (or mourn!) football games past.

... comment(s) for Tonight's the festival of Bacchanalia