Spring Equinox in the Northern Hemisphere 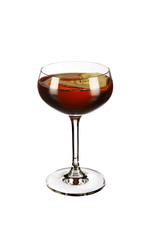 Spring is here! The daffodils are out, it's light when we leave the office and we're beginning to wean ourselves off hot-soup and onto summer salads.

So....it's about time that those of you out there who like to drink seasonally start thinking about changing your cocktails - move away from heavy, wintery flavours like cream, chocolate and coffee, and onto lighter, fruity flavours - because it's only going to get warmer and warmer from now on...right?!

The spring equinox brings with it Eoster, or Ostara to some, a day for pagans in the northern hemisphere to celebrate a dawn goddess called Eostre, and the renewed life that comes to earth with spring. And, yes, Eoster is where "Easter" originated.

Most modern pagans, or Wiccans, tend to celebrate Eoster quietly, in circles, with a little bread and wine and perhaps a candle or two. Nobody knows how the old pagans did it, or even what they were celebrating.

Some think, however, that this is the day when the great mother goddess gets down and dirty with the sun god and conceives a child. The child will then be born at the winter solstice - or, roughly speaking, Christmas.

We are getting in the spirit with a Northern Glow - circles and candles strictly optional.

Do you believe in little green men? Or greys? UFOs? Or alien abductions? Then Extraterrestrial Abduction Day is for you - and that's today.

It's a time to snuggle up somewhere warm and safe, with a helpful tome like How to Defend Yourself Against Alien Abduction (clue: blocking mind control helps), or perhaps Abduction: Human Encounters with Aliens, in which a medical professor explores whether little grey men from outer space are really conducting sexual experiments on thousands of Americans.

To mark the day, we suggest a Green Swizzle. Made with light rum, overproof rum and absinthe, a couple of these and you really will be seeing little green men.

It's also the day King Ludwig I abdicated

The 19th-century Irish courtesan Lola Montez certainly led an impressive life - eloping in her teens, taking up a career as a "Spanish" dancer and dating men ranging from the composer Franz Liszt and the writer Alexandre Dumas to King Ludwig I of Bavaria.

As Ludwig's mistress, she wielded considerable power, driving liberal reforms that made both Ludwig and herself unpopular until, on this day in 1848, he abdicated. Lola's career continued to flourish; Ludwig's didn't.

We are toasting Lola, and her epic joie de vivre, with a suitably glamorous Showbiz, replete with vodka, cassis and grapefruit. Or you might think a Lola more fitting.

... comment(s) for Spring Equinox in the Northern Hemisphere