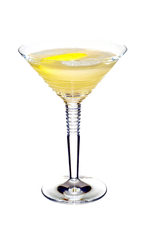 The earliest May Day celebrations can be traced back to the Floralia, or festival of Flora, which was held to worship the Roman goddess of flowers, and that's why today we will be light-heartedly drinking a Mayflower Martini.