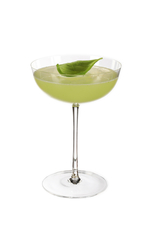 Probably created by a fed-up and overloaded homemaker, No Dirty Dishes Day is a day dedicated to keeping our sinks clear of dirty plates, pots and pans.

But it represents more than just having a clean and tidy sink area and encourages us all to take a break from our daily chores, to marvel at our gleaming basins and to relax and have some fun instead.

So how can you keep the kitchen sink clear today? Stick to foods that don't call for plates or cutlery (the perfect excuse for takeaway pizza if ever we heard one), stick to paper plates and disposable cups and cutlery (all biodegradable of course) or simply head out for dinner with some pals.

But if you decide to stay home today, pop those Marigolds away and do something considerably more fun - make yourself a Wash House, a delicately herbal, simple yet refreshing cocktail.

It's also the anniversary of Monte Cassino