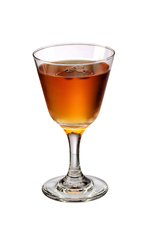 Every hour should be happy but in most bars, this term does not reflect a collective state of joyousness but a period of comparatively cheap booze. Not only does happy actually mean discount but hour is often much longer than an hour – in some cases all night. Anyway, cheap drinks always go down well in a bar, something which is commemorated on this very day each year.

Who decided today should be National Happy Hour Day and why on the 12th November is unknown but, like most, this celebratory day originated in America – a country where seven of the 50 states (Alaska, Indiana, Massachusetts, North Carolina, Oklahoma, Utah, and Vermont) don't allow such a thing as "happy hour" discounted drinks.

The term "happy hour" is also said to have originated in America, with the US Navy in the early 20th century, as a period set aside for activities as diverse as boxing and dancing, introduced to help overcome the monotony of being at sea. The Prohibition term "Cocktail Hour", describing early evening drinks at a speakeasy prior to dining at a 'dry' restaurant, perhaps helped marketers promote the concept of the Happy Hour to entice customers into bars that little bit earlier in the evening.

So what to drink during today's very special happy hour? Golden Hour Margarita is both tasty and appropriately named but does require the faff of making your own turmeric agave syrup. A Joy Division may help separate this 'happy" hour from others, but why settle for one drink an hour when you can have a New York Minute?

Anniversary of the 1st Nessie 'picture'

On this day in 1933, a gentleman named Hugh Gray was out for a stroll along the banks of Loch Ness, the largest freshwater lake in the UK, when he saw a mysterious creature break the water, pulled out his camera, and grabbed a shot.

Or did he? Many believe that his photograph is simply a blurred shot of a dog swimming with a stick in its mouth, or perhaps an otter, or a seal at play. But with that photograph, a booming industry was born. Cryptozoologists have taken to Loch Ness with tools from sonar to submersibles and found... Well, nothing much.

The closest find, in fact, happened on March 31, when a mysterious, rotted body of a green, scaly creature was found washed up on the shore. It was, in fact, a dead bull seal, planted there by a zoologist as an April Fool's joke on his colleagues.

We have a soft spot for Nessie, although we rather suspect she's likely to be a stranded seal than any freakish prehistoric creature, and so we're toasting hoaxers everywhere with an aptly named Nessie Cocktail, or you may prefer a Loch Almond.