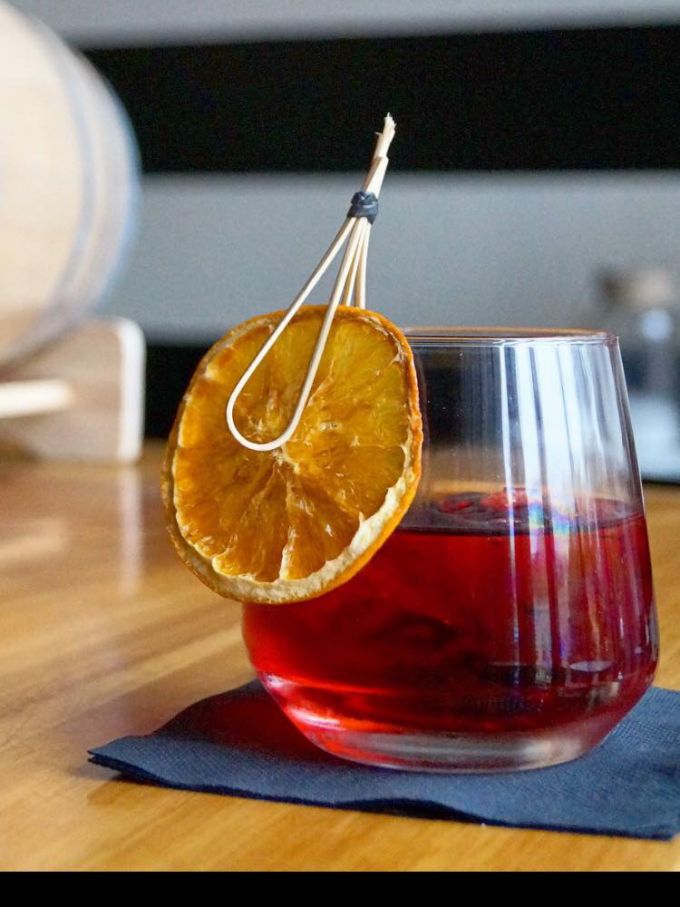 Using dehydrated garnishes has a number of benefits. Once dehydrated, they have a much longer shelf life than fresh fruits which can easily turn bad or go mushy, they also look intricate and appealing and offer something a little unique to the drink. Dehydrating garnishes allows venues to speed up service time for customers, as dehydrated garnishes can be prepped beforehand, meaning bar staff don't have to cut as many garnishes to order, or do so during service times. The other bonus of using dehydrated garnishes is that there is less, if any, flavour imparted onto the drink, as opposed to using fresh garnishes. This is more evident in citrus fruits, when bartenders place a fresh garnish in a drink, there's also the off chance a customer may squeeze in a garnish if it is, for example, a lemon or lime wedge, throwing off the balance of the drink. Using dehydrated garnishes maintains the balance of the drink and also hold the advantage of being able to be stored dry and can last for up to a month, as opposed to mere days that fresh fruit give.

Similarly, a fruit 'leather' can be made, where fruit can be blended, or pureed and then spread out to create a leather, that will often resemble a peel. Kurtis Bosley, Group Beverage Manager of Sydney's Public House Management Group uses both dehydrated garnishes and fruit leather across the groups venues. To create fruit leather, Bosley uses left over fruit from syrups and garnishes, mixes them with sugar and strains or blends them into a puree. The puree is then spread and dehydrated to create a fruit leather, which he says will resemble fruit roll-ups (some of you will recall them from your childhood).

After being dehydrated, the fruit leather results in pliable pieces, that are usually cut in strips and can be placed in or over a drink for garnish. It retains flavour, and sometimes even intensifies when dehydrated. This technique can also be useful in making use of fresh fruits that are nearing their expiry date.

Fruit leather employs the use of upcycling, where the garnish is being produced from what would otherwise be leftovers (syrups, fruits). Fruit leather looks aesthetically pleasing and can be used in addition to a traditional garnish, or as the garnish.

Tio's Cerveceria in Sydney offer a unique house made jerky as edible garnish that is served to accompany Mezcal. The jerky is made by dehydrating a pineapple core and soaking it in hibiscus and agave. General Manager of Tio's, Alex Gilmour says, "The acidity of the pineapple is slightly added to by the bitterness of the hibiscus. And these flavours activate the saliva and tastebuds in the mouth."

While there are no inherent rules or do's and don'ts, dehydrated garnishes look unique appealing, save on service time and have the added benefit of a longer shelf life.
It can add a nice touch to use in season fruits, and ensure not to under dehydrate, which could result in soggy and mouldy fruits. Another option is to experiment in making candied garnishes simply by dipping fruits in a thick sugar syrup prior to dehydrating. To take it a step further, some bartenders are experimenting with creating dusts, whereby fruit skins are dehydrated and the blitzed in a food processor to create a powder to garnish drinks with. 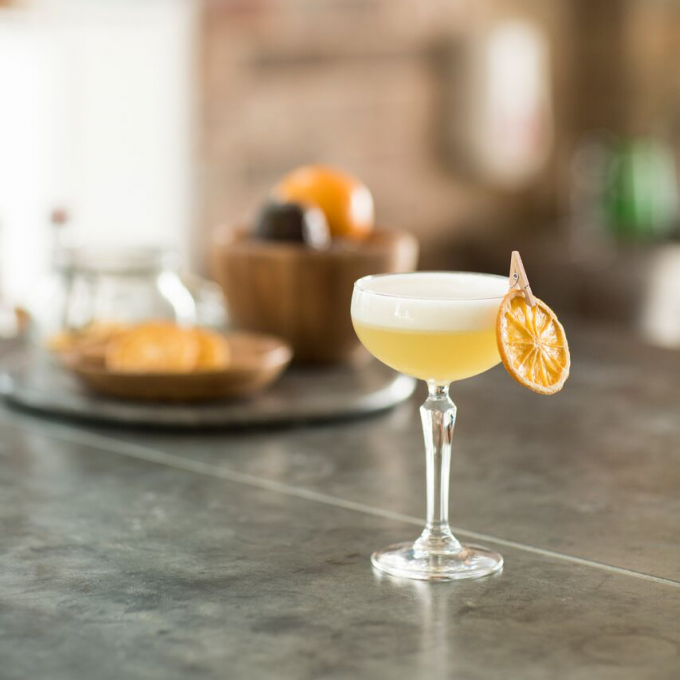