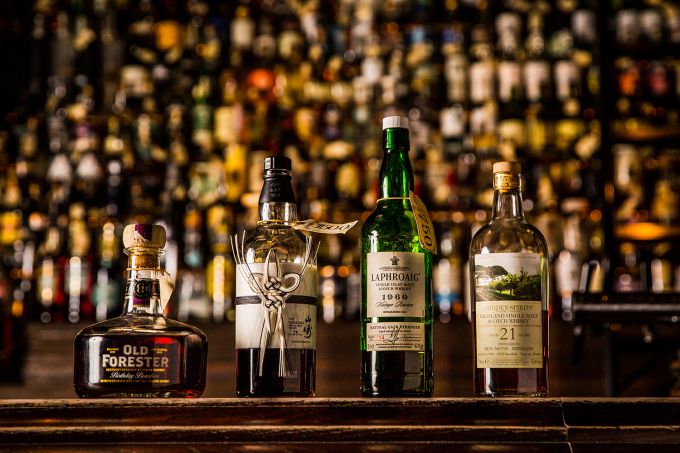 The shelves behind the bar are packed, the whisky room is full of incredibly rare bottlings and the list – with drams from Ireland, Australia, American, Japan and every region of Scotland – is staggeringly impressive. We asked The Baxter Inn’s Tynan Sidhu to pull out four of his favourite, and more unusual, bottles.

The Baxter Inn is hands down the best spot in Sydney if you’re looking for a relaxed atmosphere to accompany your cask-aged spirits. It’s lively and plenty of people are drinking beer or whiskey apples as opposed to single cask bottlings from Japan – but don’t let that fool you – this bar has a jaw-dropping collection of both rare and delicious whisky and staff who know their Speyside from their Islay and their oloroso casks from their bourbon.

Every bottle at The Baxter Inn gets opened, which means you’re most likely talking to someone who has at least had a sniff, if not a nip, of the whisky you’re asking about. “We feel it's important for our team to taste newly arrived whiskies,” Tynan told us. “Building their personal tasting notes and opinions is what helps grow their knowledge, and bring that personable service we strive for.” 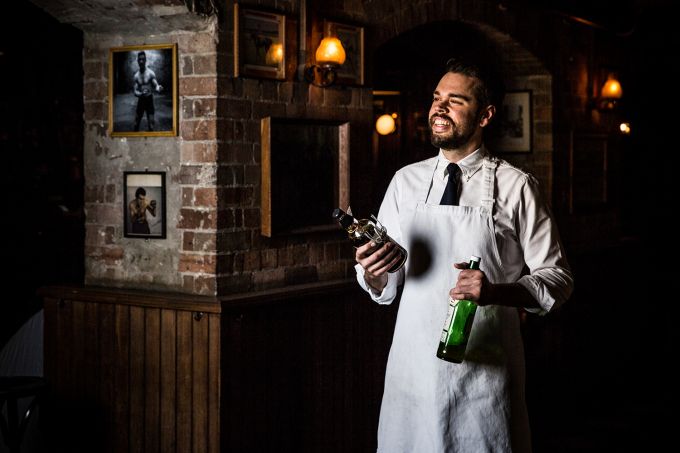 With such a large collection it seems there’d be a whisky for everyone here, even if traditionally you might think it’s not the spirit for you. “The team is faced with this challenge almost on a daily basis,” says Tynan. “Maybe not everyone will appreciate the spirit neat, but when mixed... for sure. The whole "mixing whisky is sacrilege" culture can stick it – the whisky apple pretty quickly changed people's minds.”

But with so many to choose from we wanted to take a look at four very different whiskies available here and asked Tynan to be our guide. Before we start, we did ask him how he’d recommend drinking the following four drams and he said this: “These whiskies were more than likely intended for sipping without ice, with a small amount of room temperature water for dilution. In saying that, I never tell people how to drink their whisky. It's a matter of personal preference. Ice, Coca-Cola or orange juice - folks can do it how they like. It's their whisky.”

Here’s his picks. The first two are on the back bar, but the second lot are in the whisky room – thanks to their age and scarcity. 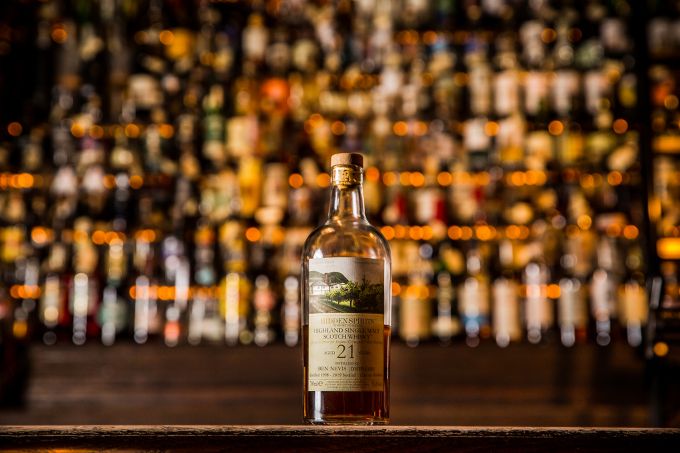 Ben Nevis 21yr 1998 Hidden Spirits
We have an extensive range of independent bottlers, which helps diversify our list. Italian bottlers have gained a cult-like following and this single cask from Hidden Spirits won’t disappoint. It’s hard to go wrong with Ben Nevis, its rich viscosity and heavy spice character stands out in a crowd. The distillery is located in the town of Fort William at the foot of the tallest mountain in Scotland, Ben Nevis hill, and is owned by Japanese whisky giants Nikka. We’re lucky enough to have more than a few independent expressions from Ben Nevis. 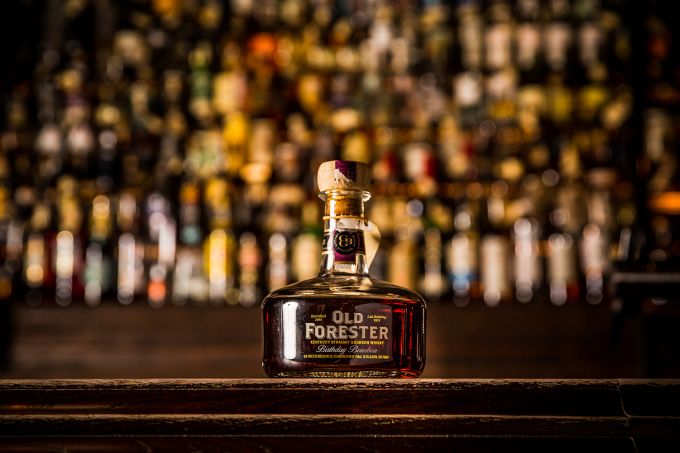 Old Forester 2019 Birthday Bourbon
Birthday Bourbon is released annually to celebrate the founder of Old Forester. 120 vintage-dated barrels from 2008 hand-selected and carefully married by Master Distiller Chris Morris and Master Taster Jackie Zykan. Old Forester is said to be the first bourbon sold in sealed glass bottles and also the longest running bourbon sold today. Classically there are rich American oak, vanilla characteristics with dark caramel and maple notes. Blackcurrants are abundant bringing a fruity side to this bourbon. 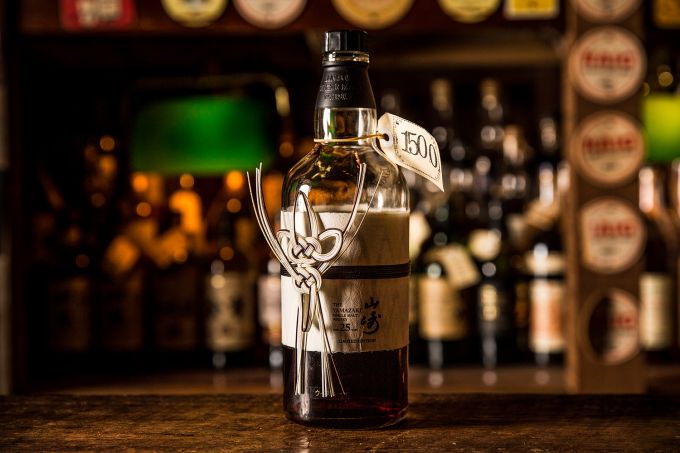 Yamazaki 25 Year Old Limited Edition Single Cask
Annually, Yamazaki 25 year old is released in batches of 12,000 bottles. This bottling is a single cask limited edition and is one of around 100 bottles. The rich mahogany colour comes from the profound use of Oloroso sherry seasoned European Oak. Cocoa, almonds and coffee are plentiful on the palate while the finish is long lasting with a slight acidity. Japanese whisky is often described as being more delicate and lighter bodied, but this release goes against the grain - It's rich and robust. Yamazaki was the first commercial whisky distillery built in Japan (1923). It paved the way for malt whisky into Asia and the subsequent boom of Japanese whisky internationally. We’ve watched as prices have skyrocketed on the secondary market for this release... Maybe $1,500 is sounding more like a bargain. 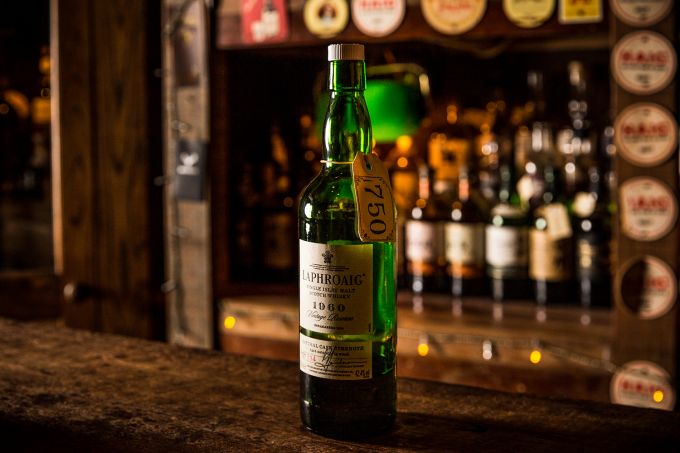 Laphroaig 1960 Vintage Reserve 40 Year Old
A vintage release through Oddbins in the UK. This gem was distilled in 1960 and bottled on the 29th of May, 2001. An incredibly rare release at only 300 bottles... It is said to be the oldest officially-bottled Laphroaig ever. We sourced it from a private vendor based in the UK. We're incredibly fortunate to have this bottle in our hands. No other bar in the country will have this. 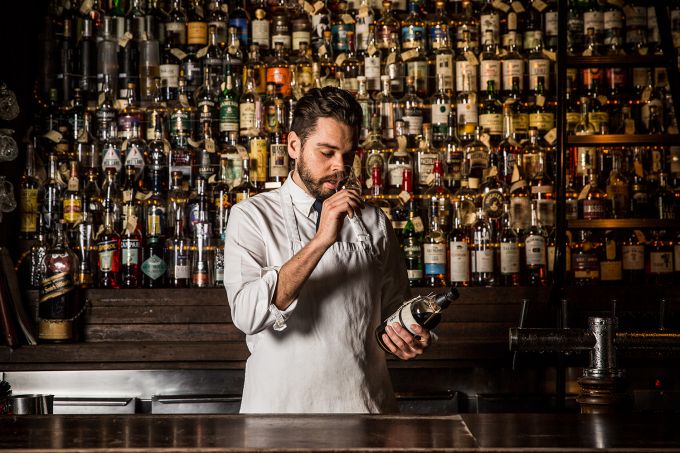 …and if you were wondering “we source our spirits wherever we can,” Tynan told us. “From the depths of private collections (throughout the country), international auction houses and of course through the many suppliers and importers we work with closely. I think it's easy for any bar to have a large spirits list, but it's all in the details. We're constantly seeking a balance of not only styles, but provenance as well. Curating our list takes hours of research and emails on a weekly basis.”

As to that whisky room, it’s by no means gathering dust tucked away in the back of the bar. In fact Tynan told us the team sell spirits from the whisky room every day. “The room is there for everyone from all walks. A lot of the time it's someone just wanting to try something special - whether it's locals closing a business deal or friends celebrating a birthday. We try to keep it as fun and relaxed as possible. We do have our solid share of aficionados and those who are after specific whiskies after some research.”