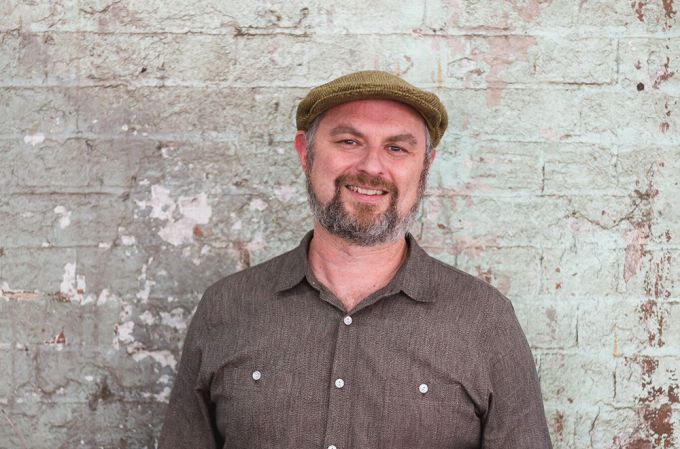 Born out of a love for good beer and music, with the simple idea of brewing a beer that the local community would enjoy and be proud to call their own, Young Henrys has grown to become a national favourite. We caught up with head brewer Richard Adamson to chat beer, bars and the long journey to a successful brand.

When you started Young Henrys it was about adding a bit of fun and innovation into the Australian beer scene – looking at it in 2020 would you say that’s been achieved? And what other beers would you give a shout out too for helping move the scene forward?
Leaving the non-fun-global-pandemic part of 2020 aside, the beer scene has come a long way. Independent Breweries are well represented on tap and there’s an acceptance of experimentation and exploration within beer. Shout outs to all our colleagues in the Inner West area that have made it one of the most exciting beer destinations on the planet.

What’s the dynamic like with your co-founder Oscar? Are certain parts of the business his and yours or is it less formal than that?
Oscar has an eye over the marketing side of the business and I'm more focused on the technical, but we both have a view across the entire business. We also have a bunch of very talented people working in the company who are more than capable of sailing the Young Henrys ship.

Has it been challenging to grow a brand while still trying to keep it local and observe the mantra of serve the people?
That’s an ongoing conversation! Growing the brand was all about identifying those groups of people in different geographic areas that share a common outlook. It doesn’t really matter where the people are, it's about serving them what we feel to be right and true to ourselves. 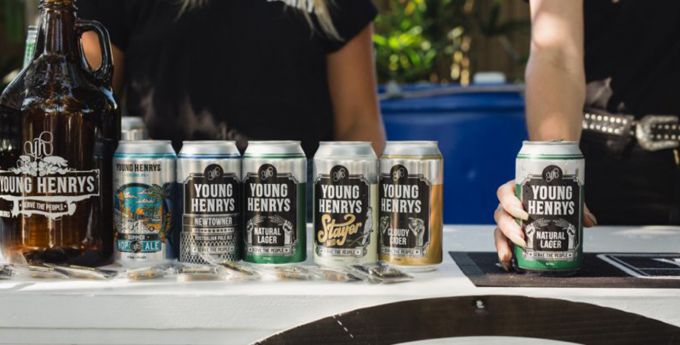 It’s 5pm, and you fancy a beer, but which Young Henrys beer do you pour yourself?
Stayer would be my first port of call. The tasty mid-strength allows you the freedom to have one or two and finish on a quiet night, or not...

Branching into the world of spirits seems like a natural step but what made you land on gin?
Impatience and cut through of flavour. Gin is a favourite alternative amongst brewers because it is clean, light and cleansing on the palate. It also takes weeks not years to make. Our head distiller, Carla Daunton, has coalesced our original Noble Cut gin musings into an award winning New World Gin that’s a knock out.

Best bar in Sydney?
A tough call, but there’s a small bar around the corner from the brewery called the Fortune Son run by some charming hospitality veterans serving top quality drinks. Save me a seat.

Sometimes established people and brands can seem like they had an easy ride to the top, from the outside, but has there been any serious failures or mistakes along the road to building Young Henrys? And how did you and the team get over them?
We have made so many mistakes along the way I’ve lost count. We almost didn’t get off the ground when our first site failed to get support from the locals and approval from Council. I think we got through by sheer force of will and support from our friends and family. You try and take every setback as a learning experience, and don’t take things personally. 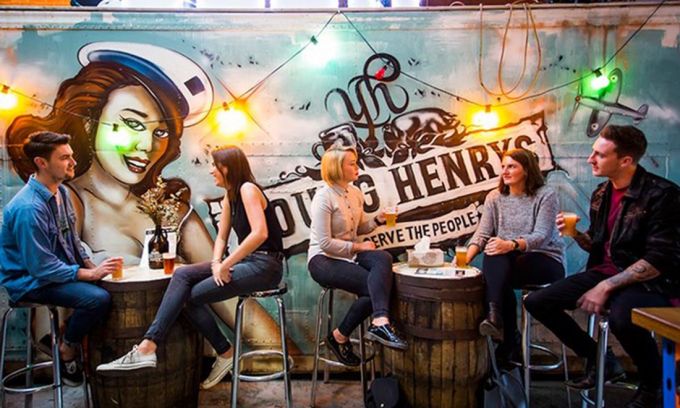 How do you and the team stay in touch with what the community want from a beer? And has that changed much since you first launched?
Our tasting bar in Newtown is a great avenue for direct customer feedback, and our brewers have an R&D brewing kit they can use to stretch their creative legs and try out new and different recipes. Things have changed a lot from when first started out. There’s a lot more voices within the company to be heard, and so many more good ideas to work with.

Beer-tails, yes or no?
Yeah, why not? A lot of the beers coming out now are essentially a pre-mixed beer-tail. Why should the brewers have all the fun?

Has Young Henrys success allowed you to get creative outside of the world of beer? And what’s the best experience you’ve had thanks to your beer?
Young Henrys have presented us with so many amazing opportunities. From working with chefs, musicians, art galleries, publishers, radio stations...the list goes on. We’ve served beer in the Opera House, held our own music festival, slung tinnies as some of the best gigs in town and served up gin and tonics at secret performances by the Sydney Symphony Orchestra in some very unusual locations. It’s hard to pick the best.

Desert Island Drink?
A cold beer. If it could be a Newtowner that would be a bonus.

Having your own brewery means the world is basically your oyster when it comes to experimenting … what’s the craziest thing you’ve created and have you got anything wild on the horizon?
We tried to make a kombucha beer with mixed success - it was waaaay before it’s time. One of the more successful unusual brews we made years ago by way of shear indulgence was a truffled bacon Belgian IPA ("A Few of My Favourite Things"). Our brewers have been busy working on a bunch of ideas but I’m loathed to steal their thunder. The current batches of sours released through our B-Sides series, "Dark Sour of the Moon” and “From Where You’d Guava Be”, are tasting amazing and keep a look out for future one hit wonders and curiosities.

You’re now helping to get a new generation into brewing by helping write the TAFE course in NSW – what do you look for when Young Henrys hires new team members and what advice would you give anyone interested in joining the brewing community?
Our head brewer Jesse Searls has built a great team that support each other based on mutual respect. Teamwork is the key behaviour we look for, as making a great beer is not a solo effort. If you are interested in working in beer - learn of much as possible, stay humble and be ready to do a lot of cleaning.

In wine, there’s a lot of chat around the influence of both the earth it’s from and the winemaker on the final product, do you think that applies to the hops, malt and water you coax into beer?
Absolutely! We aren’t limited to one ingredient to express flavour and we are blessed with the best ingredients in the world produced by farmers across the country. Australian malt and hops are sought after by brewers from all corners of the globe and we’ve been proud to showcase those ingredients from the very beginnings of Young Henrys 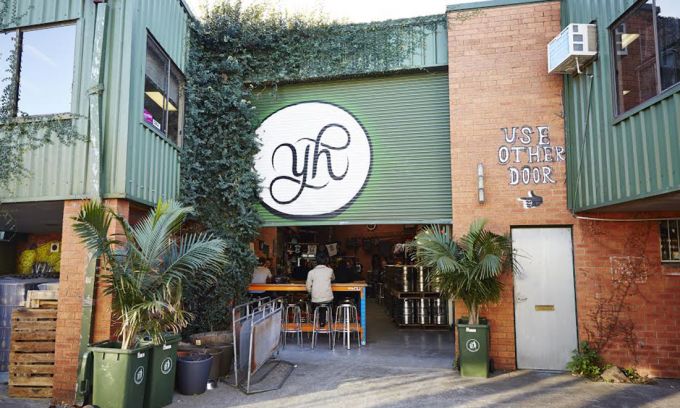