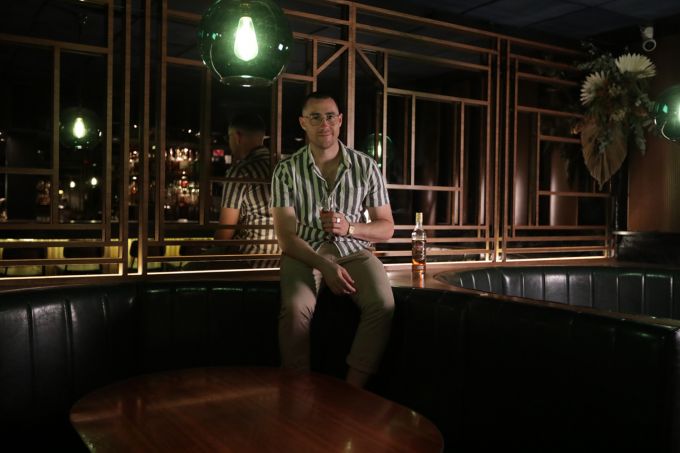 Emerging on top, out of the 13 finalists, Ollie had a nine month process of submissions and a shark-tank meet and greet where he explained in detail where the prize money would be going. Moved by his story of perseverance, determination and dedication to the bar industry, the judges (including our own Simon Difford) decided to award him the €20,000 (AU$31,000) 1st prize award.

In a way though, the prize is just as much Adelaide’s as it is Ollie’s. “One of my current managers, Michael Keogh, at Maybe Mae and some other people on the scene here are in the process of setting up a not-for-profit called the Pursuit of Hospitality which aims to create learning platforms and accessible education for the industry in Adelaide, without being tied to big booze brands, so this will act as independent sponsorship,” says Ollie.

The Pursuit of Hospitality – started by Michael Keogh (Maybe Mae), Sean Howard (Cry Baby), Kayla Grigoriou (Bar Torino & Needle&Pin) and Jack Booker (Yiasou George & Anchovy Bandit) – discovered that branded partnerships were challenging when they required broader support to host anything from talks on how to progress from a glassie to a bar owner, to masterclasses on distillation. This money should see those plans put into long term action.

"Ollie's a fantastic mentor and friends. He believes wholeheartedly in what we want to achieve and; as always, actually puts his money where his mouth is," says Michael Keogh, Bar Manager at Maybe May and founder of Pursuit of Hospitality.

“It’s all about inclusivity and keeping it accessible and I love the concept of that. And honestly this is the best thing that could happen for my business. There’ll be better recruitment and more expansion opportunities if Adelaide’s talent pool is deeper. It makes Adelaide stronger with stronger profiles and stronger venues,” says Ollie.

“Havana Club don’t force you to spend the money in any which way but I don’t think me putting this money in my bank is the idea of what this whole thing is trying to achieve. It’s about putting the money into the hands of someone who can reach the most amount of people,” he says.

You can read Ollie’s original piece for the Havana Club Bar Entrepreneur Frontline during COVID on Difford’s Guide and see the runner’s up for the 2020 award in our Bar Entrepreneur Awards hub.