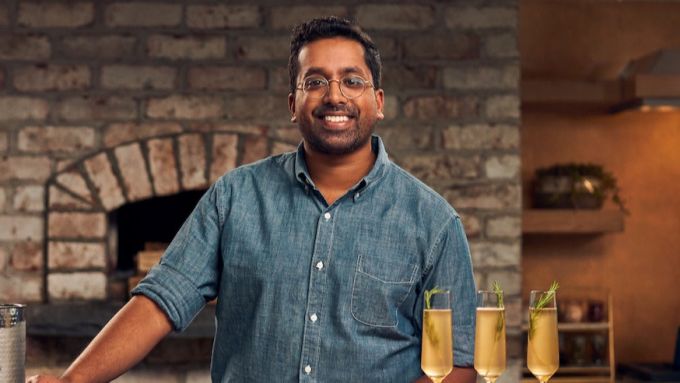 If you’re creating classical cocktails with citrus, or drawing acidity from the likes of vermouth, then you’ll have aroma by the bucket load. Turn to malic, citric, lactic or several other acids that can be used in cocktails however, and you’ll be missing an important element of your drink. Here Ryan Chetiyawardana talks us through his journey of creating aromatic acids, from baking oils to distillates and beyond.

Recently we published an article with Remy Savage about producing a shelf-stable lime juice that used a blend of acids to mimic the flavour of the lime and a fresh lime juice distillate to give aroma. Combined they produce a clear liquid that tastes and smells just like lime juice, but which can be used in bottled cocktails and stored for months without perishing. This technique is bigger than limes however, and isn’t new. Head of the Mr Lyan company, Ryan Chetiyawardana has plenty of experience in this, in fact, he’s been replicating acidity with added aroma since 2009.

To rewind briefly let’s revisit why and when you can swap out fresh citrus for acids. The two main reasons are, firstly, if you are looking to reduce waste and avoid food miles on your citrus, and secondly, if you want to create a drink that can be pre-batched and refrigerated. Fresh citrus juice doesn’t last beyond 24 hours. It’s easy to research the exact acid blend needed to replicate different citrus juices and if you prefer books to google, Dave Arnold has all his recipes, including champagne acid, in his book Liquid Intelligence. 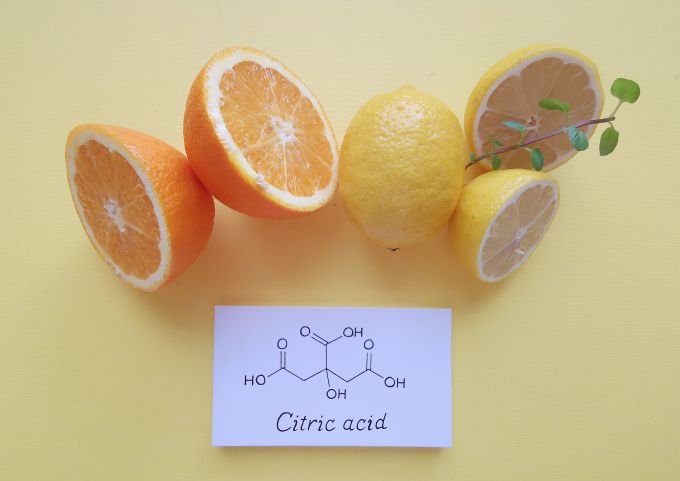 To rewind even further (but still briefly) and ensure we’re all on the same page, acids come in powder form. Here we’re talking about citric, malic, succinic, tartaric, lactic, ascorbic, acetic and phosphoric acid. They are usually dissolved in water in the desired quantities and added to the drink. If the drink will be shaken or stirred over ice, the amount of water they are dissolved in is less than if they are being added to a bottled cocktail that will chill in the fridge.

So now you have your acid blend. Acid blends are fine on their own, they can fool you into thinking you’re tasting any number of ingredients, from apples to grapefruits, but they can’t make up for the aroma most ingredients give. An oft-quoted stat in neuroscience tells us 80% of what we think is taste is in fact aroma. Eating when you’ve got a cold will confirm this. However, that’s not to say acid blends can’t do the job – it might be that we are confused most of the time between aroma and taste but a Daiquiri made with citric acid will taste just fine. But fine is rarely where a good bartender will stop, and adding an aromatic distillate to an acid blend is where things get interesting, and where we can move from balanced to delicious.

“I started playing around with this in 2009, when I suggested the idea of a pop-up to Ian McLaren where we can just rock up, knock out drinks and not have to worry about pressing juices, having waste or having a long breakdown,” says Ryan. “That obviously evolved out of the White Lyan thinking which was already in my head from a pre-production point of view, but the acidity part quickly went beyond replacing fresh citrus, and about delving deeper into the role acidity can play in a drink.”

Ryan and his team started where many of us are still at today – using powdered acids as opposed to other acid sources. To them, this demonstrated that even though they had associations to sensations, and often the fruit they are derived from, they missed an aromatic complexity. “My first experiments to bring this to life actually weren't with a rotovap, but with simple citrus oils used for baking! They worked well enough actually but didn't seem to me the most exciting application,” he says. 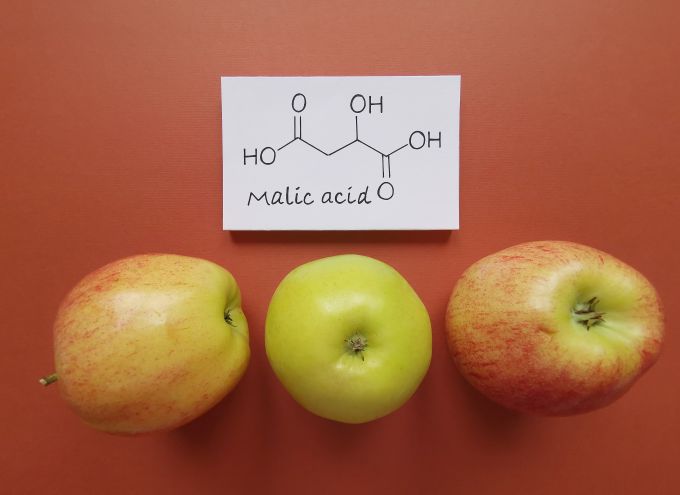 Once White Lyan, Ryan’s now-closed bar that had a strict no perishables policy (meaning no ice and no citrus) was in development, he needed a way to create acidity that had both taste and aroma. Opening in 2012, the bar’s technique went like this; “we didn't have a rotovap (I've never owned one, although we did have a lot of fun with them at Colebrooke and at Whistling Shop) so we used some distilling friends to do some distillates for us, but there was no need to use the whole juice.

“We could just focus on needing the oils/aromatics from the skin as we were creating the acidity in-house. But we essentially used different aromatic distillates to flavour our acid bases. However, we ended up doing this drink specific rather than having a bottle of stable (eg) lime juice, as we were more interested in the effect the acidity would have first, after which we adjusted the flavour surrounding it, rather than simply sub in a non-perishable lime juice,” Ryan says.

The flavours White Lyan worked with were fairly broad, there was the typical lemon, orange, grapefruit and lime, but the team also worked with aromatics of rhubarb, seaweed, coffee, vanilla and even ingredients that aren't usually seen as acidic but were, as Ryan puts it, “fascinating when you combine their aromatics with acids when using acidity as a textural effect - like chipotle or milk.”

So rather than try to replicate organic acidity, White Lyan's team went full science, and pushed the relationship between what we tasted and what we could smell to an enormous strain. It sounds intense but for anyone that drank there, this never felt like onerous work because the drinks were still balanced and still delicious.

Is there an application of aromatic distillates in cocktails which aren’t added to acids though? “Yes! This was the way that we did 'twists'. We could dose the aromatics to give lifts, or suggestions of flavours without adding in the heavy oils or bitterness of citrus peels. These were the little 'scooshes' we put on top of many of the drinks. Again, we had lemon, lime, orange, grapefruit (and different varieties thereof) but also things like mint, lemon balm or even pineapple,” says Ryan.

As you can see, the ability to get creative and play with acids and aromatics is not new, not by a decade, but it’s come around again as a topic thanks in part to a bartending world having to get on board with bottled cocktails, and quickly. Or perhaps it’s that more of us are understanding and are interested by the chemical makeup to the ingredients we handle each day. It must seem old-hat to the pioneering folks but at least we can learn from their mistakes.

From every drink to just a few, Ryan now runs bars in three different countries (or he will once the world opens back up again) and this understanding of the biology to work out how to manipulate it for a particular use has remained a constant beyond White Lyan days. Except these days there’s more real limes and lemons behind his bars. Applying it where it makes sense seems to be the biggest takeaway.

“I think the worry is creating a new normalisation. Making non-perishable citrus juice can be as pigeon-holing as using fresh citrus. As an industry we fall into formulae and 'standardisations' very easily, and the danger is the technique missing the 'why'. I used to say this about what Sasha ushered in with M&H. He taught us the importance of focusing on every ingredient, and did so with amazing application and attention to detail. But people skipped the final part and went 'citrus squeezed a la minute and block ice is the hallmark of excellence' without thinking why, or seeing whether they actually did suit that specific drink.

"This technique is more interesting to me in the way it makes you think about how you use acidity. What if you stretch the concentration so you still have the same flavour pop, but with half the molarity? How does that affect the balance, or the way the flavours interact around it? What if you use the flavours of lime, with the acid makeup of rhubarb? What happens if you drop it to minimum threshold levels – how does that affect the whole profile? I think we need to be teaching and encouraging the thinking, not just the solution. Else there's a danger we just see a wave of clarified daiquiris around the world without asking whether anyone actually wants that, and if it's any good.”