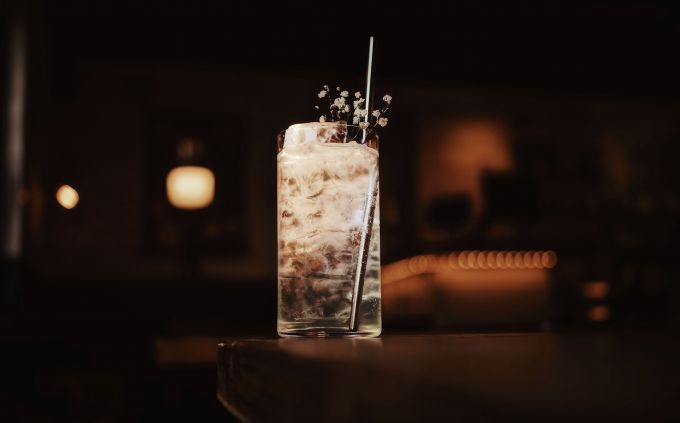 For years, the world has marveled at the careful construction, layering and stirring of the Japanese Whisky Highball. This simple serve of whisky and soda has been elevated to an artform and emulated by bartenders from Madrid to Hanoi, with each country and each individual adding their own personal twist to the classic. A whirlwind trip around the bars of Australia, however, will reveal a unique countrywide take on the Highball – one that only a nation so abundant in fruit could conceive.

Elsewhere they’re adding shiso leaf, dry vermouth and bonito flakes (tuna). In Australia it’s all about juicy, smashable fruits. “Think vibrant and refreshing summer produce. Mango, stone fruit, cherry, blackberry, watermelon and so on. They just work with whisky, naturally!” says Jefe Santony, from Sydney’s Bulletin Place, a bar that describes itself as being regimented when it comes to championing fresh produce as well as local growers and producers.

Australians are used to this fixation on freshness, to the point that the demand now comes from the customer as much as it does the bartender or chef. Diners and drinkers don’t just want to know there’s plums listed among the ingredients but where in the country they were grown. If the waiter can name the person who picked them, so much the better. We’re spoiled year-round with produce that has never seen a freezer, with spices and root vegetables and fruits that smell and taste like they’re meant to, that ooze their innards at the merest pressure from a knife.

“I’ve been lucky enough to make drinks all around the world, says Luke Whearty, from Melbourne’s BYRDI, “and… a lot of it comes from seasonality, locality, and tradition. There’s a reason why traditionally we drink straight spirits in cooler climates, and that’s because it serves more than one purpose – it is also to warm you up from the inside-out. Then, in contrast, in tropical environments we tend to drink more thirst-quenching drinks for cooling, hydration purposes. This isn’t to say people from Sweden don’t appreciate fresh pineapple juice, however it’s not really something that is part of the culture and therefore isn’t often the go-to drink. When creating our highballs for BYRDI, or any drink for that matter, we let Mother Nature and the season dictate what we put into the drink. The term ‘what grows together goes together’ has been a mantra of mine for some time now and I find it really to be true. Quite often the perfect combination of flavours is right in front of you you just need to know where to look.” 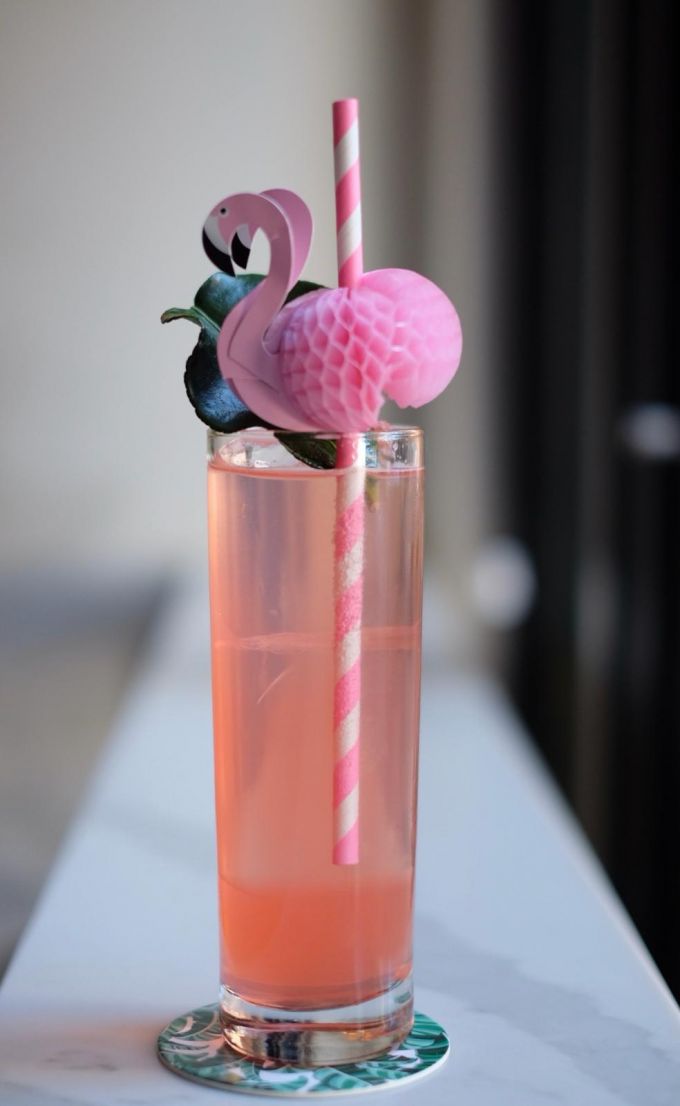 How does this relate to whisky? “Lighter whisky cocktails are more enjoyable for everyone, even people who don't drink whisky can appreciate a sparkling or lighter cocktail and have the opportunity to try new flavours, leaving their comfort zone. At Maybe Sammy people love our Flamingo Highball because it is fruity, easy to drink and well balanced,” says Paolo Maffetti from Maybe Sammy. “To create a light cocktail, honestly I think the best idea is to work with fresh, easy to find, floral products, especially because the best time to drink a light cocktail or low-abv is during a happy hour or maybe in the afternoon. A combination that I find amazing with whisky is rhubarb, or yuzu, or fresh fruit such as peaches, ginger, etc.”

Maybe Sammy’s current Flamingo Highball is made with a cordial that calls for fresh coconut cream, and different acids to replace citrus juice to keep the more fragile whisky notes intact rather than adding in lemon or lime juice. Paolo says this gives the drink more complexity and works with the smooth, deep character of the whisky.

While these fruity-driven Highballs aren’t about to knock the Old Fashioned or the Manhattan off their perch, they do solve the answer of how to enjoy whisky in the long summer months. “There are many different settings to fit this category into,” says Jefe, “to replace other styles of drinks that Australians are accustomed to, such as picnics at the park, by the beach, lazy Sunday brunches, hosting dinner parties with the family, backyard barbecues, and many more. If it's fizzy it will get a pass, especially at times when Sydney is warm and humid.” 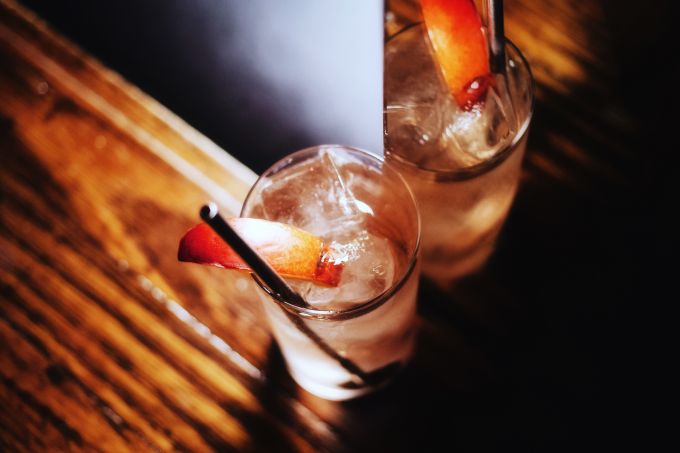 “I love pairing contrasting flavours and ingredients with malt spirits. Malt is very rich, so simply pairing with crisp green apple is a match made in heaven,” says Luke. “At the moment we have a really cool Highball on the menu that pairs Gospel Rye whiskey that is cold vacuum infused with fig leaves and then carbonated with clarified Kiwi Fruit and garnished with pickled tomatillo. The spice of the rye whiskey is a great contrast to the fresh acidity you get from kiwifruit and the ‘coconut' like flavour you get from the fig leaf ties them both together.” 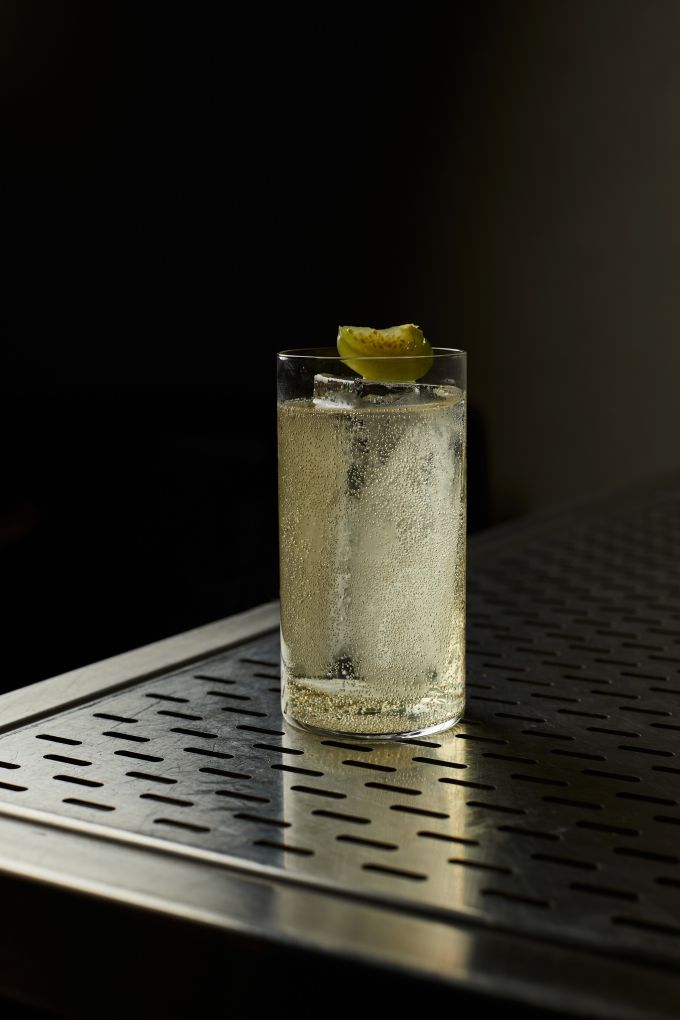 Despite the fact that the drinks mentioned at all three leading Australian bars sound far more developed than the simply Whisky + Soda, keeping it simple is still key to the Australian take on the Highball. “I think simplicity is key to most things to be honest. A lot of people might find it interesting me saying that, as often my drinks sound quite complicated in technique but in actual fact I tend not to use more than three to four flavours in a drink. I think drinks that have any more than this become quite confused and busy. The drink I mentioned before is really three flavours; fig leaf, kiwi fruit and the whiskey. The tomatillo then just accentuates those flavours rather than taking over,” explains Luke.

“Definitely simplicity is always the best way for me,” agrees Paolo, “mixing too many ingredients can make the drink too complicated, with too many flavours that can contrast with each other.”

Jefe also mentions this point, and says if the whisky is drowned there’s no point to all the other complementary flavours. “As Tim Philips always says, ‘Keep it simple. Stupid’.”

... comment(s) for Australia's Take on the Whisky Aperitif