A Short History of Growing Mangoes in Australia 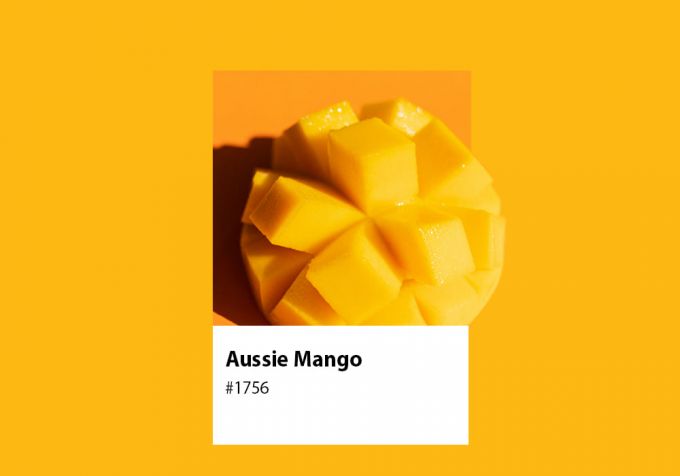 The tropical taste of Australia’s summer, mangoes become a ubiquitous sight come November, stacked in crates and boxes in every fruit shop and supermarket. As readily available as they are, often at incredibly cheap prices, it’s hard to imagine life here before the ripe deliciousness of the Aussie mango – but there was a time when these new imports refused to bear fruit.

Often thought of as something the British colonials sent for once they’d bush-bashed their way north, versions of the plump fruit have in fact been here all along, just not the sticky, bright and yellow mangoes we know today.

Dubbed the ‘wild mango’ or ‘green plum’, Australia’s bush food version of this fruit looks more like an unripe fig, but it’s thought to have been eaten by First Nation people in East Arnhem Land, NT, for more than 53,000 years. And while it doesn’t resemble the mangoes in Coles, it’s still plenty delicious and comes from the same family – the Anacardiaceae family from which mangoes, cashews and pistachio nuts hail.

So that’s our version of the mango. But the big yellow ones that we know better, began life on the Indian subcontinent – think Bangladesh, Myanmar and India – with fossil evidence going back 25 to 30 million years. Once cultivated it quickly spread, taken on voyages by Buddhist monks at first and then by traders to eastern Asia, the Middle East and areas of Africa. Once colonial forces began to invade India in the 15th century, particularly the Portuguese, it reached South America and the Philippines – inching ever closer to Australia. 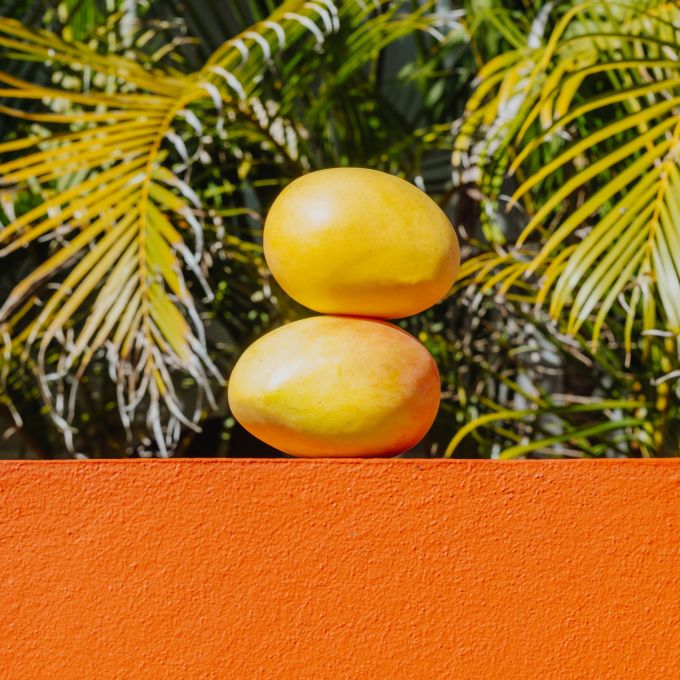 Our first mango plant was always thought of as a gift to Sydney’s Botanic Gardens from the Royal Navy’s Captain Curry in 1823. Britain had already been through its own craze of trying to grow exotic fruit, mostly by wealthy aristocrats who as early as the 1700s were instructing their gardeners to build orangeries. Australia didn’t have an abundance of gentry, but immigrants from Europe were very keen on establishing gardens and orchards, and in being the first to introduce exotic fruits. Curry’s plant was followed by others, but whilst the tree itself thrived, the climate was too chilly for the fruit to ripen.

A year after Curry’s gift, young mango plants, as well as pineapple, orange, lemon, banana and guava plants, plus 29 convicts, were sent to establish the penal colony of Moreton Bay, just north of what would come to be the city of Brisbane.

Not directly in trouble themselves, the plants were cared for by convict gardeners and taken along with the new settlement when they relocated to Brisbane itself. A few years later they were spotted in the new city’s botanical gardens by colonial botanist Charles Fraser, but whether they ever produced fruit is unknown. 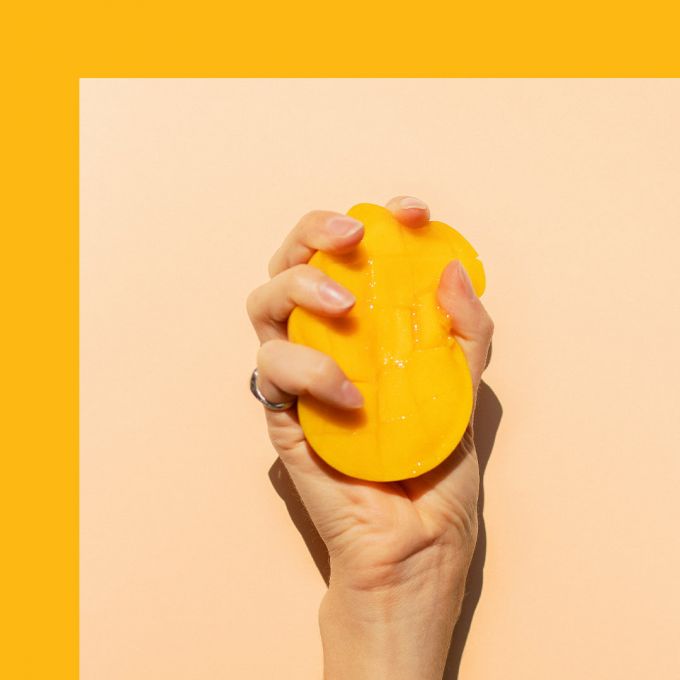 Before we continue with the mango’s journey from rare plant to lucrative tropical crop, we need to circle back to the early 1800s, specifically to a newspaper report in 1819 in Sydney which details the story of an Indian man, Shaik Jumaul who had been shipwrecked in the Torres Strait. Stranded on Murray’s Island after his shipmates all died, he was looked after for three years by the Torres Strait islanders there. He learnt both their language and that of another island which they regularly traded with as well as observing all their tradition.

Jumaul was eventually rescued by a ship called Claudine who was delivering convicts down to Tasmania and charted the northern Torres Strait on the way. He later said of Murray’s Island, a remark recorded in that newspaper article, that the soil is “excellent and capable of producing most of the fruits suited to the climate, while the sugar cane, with which it abounds, grows luxuriantly over every part of the island, and might itself be made a sufficient object of consequence to promote the cultivation of… The fruits, &c. cocoa nuts, plantains, sugar canes, sweet potatoes, and mangoes, are equal to those of Bengal.”

For an Indian man to compare wild mangoes in the Torres Strait to those of his home country suggests the fruit had made it much further than the history books ever realised. 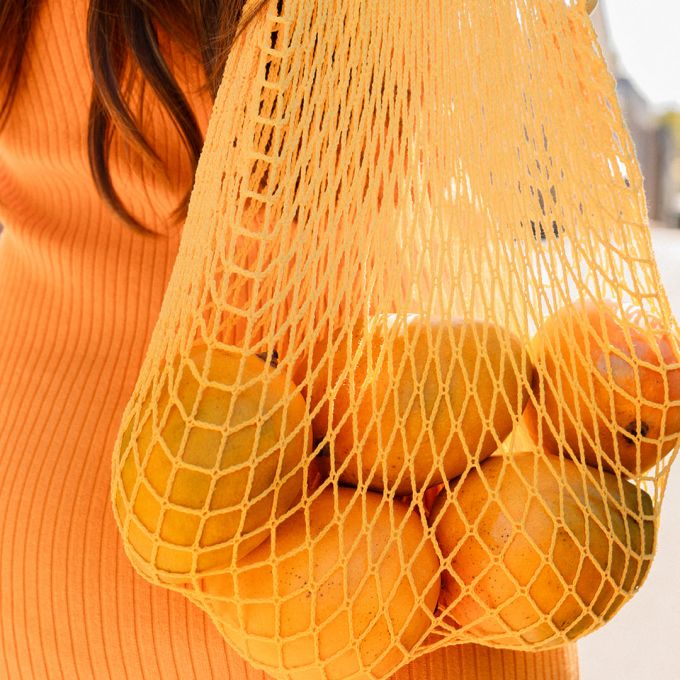 Back on the mainland, with little to no knowledge of the mangoes growing so well and abundantly to the north, a keen horticulturalist named John Bidwill (who is widely credited with introducing the mango to Australia) moved to the north from Sydney in the late 1840s and was given the title of Commissioner of Lands in Wide Bay. In this new role he started an orchard which included mangoes, planting trees that survived well into the 1930s.

This charming text from 1907 shows us how well his name became linked to the fate of the mango in Australia. “… when the pioneers pushed their way into Queensland, it was found that without the mango the country could never be worth living in, and ... one J. C. Bidwill ... sent an unheroic request or a formal order to India, and received a few plants (in a wardian case probably), and that is how one of the best gifts of profuse providence to grateful Queenslanders came to be introduced. Mr. Bidwill was neither threatened with the stake, nor was any description of miracle practiced upon him; neither is his name venerated, nor even generally remembered. Are we very sacrilegious, or our mouths too full of the mango and its praises to remember the name of the good and wise man who first made it available?”

No longer a remote outpost, Queensland had transformed into a booming young colony come 1862 when the Governor founded the Queensland Acclimatization Society in 1862, to import, test and introduce exotic plants for economic and ornamental purposes. Choosing Bowen Park in Brisbane as its test ground the society experimented with many varieties of sugar cane, bananas, cotton, apples, pineapples, pasture grasses, maize, olives, mangoes, pecan nuts and macadamia nuts. To their credit, most of these became significant for the Queensland and later Australian economy. 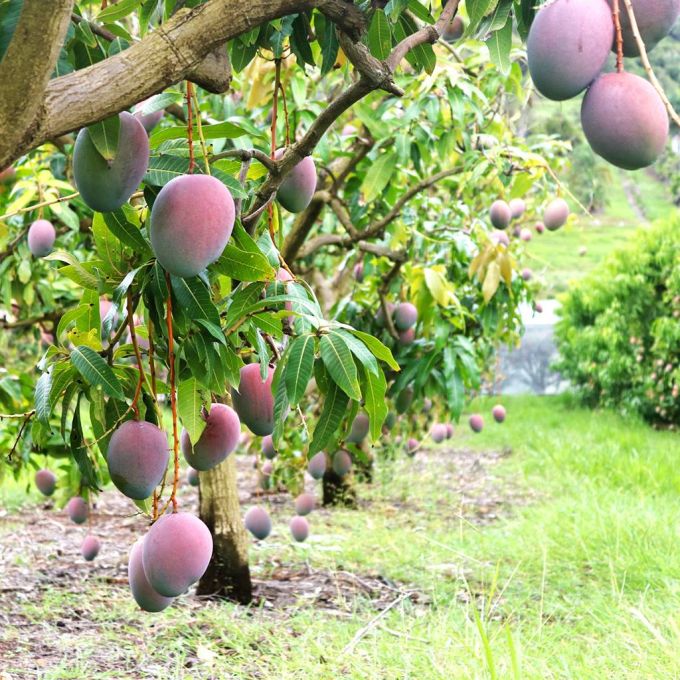 In 1867 there were trees growing in Bowen Park from Chennai, Mumbai, Mauritius and descendants of Bidwill’s initial orchard plantings. It was the Mauritian trees, in December of 1868, that first fruited but the results the following year were even better from the plants sent further north for trials. Farms were quickly established, focusing on the varieties that produced the best fruit, and by the late 1880s there was an orchard called 'Kensington' providing summer mangoes for the local market.

These days a sizable mango farm in north Queensland will set you back between $3-5million, with most growers focusing on the Kensington Pride variety, named for where it was always believed mangoes first flourished here. Not just restricted to Queensland anymore the first mangoes reach us in September and October from Darwin, Kununurra and Katherine while our last of the season fruits hail from Carnarvon in Western Australia.

Come mango harvest this Kensington Pride now makes up 52%, followed by Calypso at 22%, R2E2 at 13%, Honey Gold at 7%, Keitt at 2% and other varieties including Nam Doc Mai, Keo Savoy, Palmer, Kent, Parvin and Brooks make up the remaining 4%. 90% of the Australian crop is consumed domestically and of this, 95% is sold through the ‘fresh’ supply chain and the remainder is utilised by the processing sector, while only 10% is exported overseas. 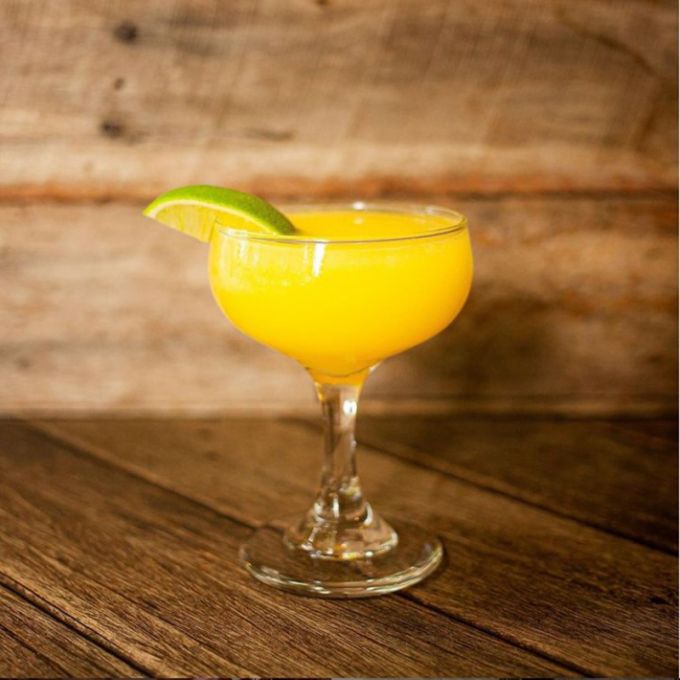 *Mango white rum: peel and dehydrate your mangoes for 10 hours and 65 degrees. Infuse in white rum for 48 hours at a 2:1 weight ratio rum to mango. Strain, but do not discard the mango flesh. Bottle, ready for use.
**Mango puree: use the leftover mango flesh from your rum infusion and blend with sugar sugar in a 3:10 ratio, mango to sugar syrup.

... comment(s) for A Short History of Growing Mangoes in Australia