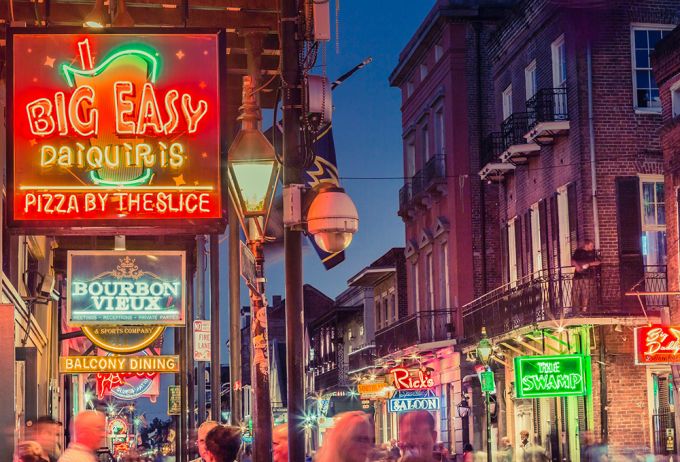 The amount of drinks America’s Louisiana has birthed is eye-wateringly high, but as far as quantity over quality, we’ve been lucky enough to have both – hand grenade notwithstanding. This impressive list includes the likes of the French 75, the Sazerac, the Ramos Gin Fizz, the Absinthe Frappé, the Brandy Crusta, the Vieux Carré and the Hurricane. All drinks that have ascended cocktail fame into the cannon of exulted classics.

Louisiana’s capital’s location, combined with its French history, go a long way to explaining how this American state and its largest city became a hotbed of unique cocktail creation in the 1800s all the way to today. But alongside the development of drinks, so too come iconic cultural extras – from the essential Bloody Mary ingredient TABASCO sauce to the icon that Daiquiri go-cups have become a rallying cry for locals fighting for their city's nightlife. Here’s everything we have to be grateful for from the famous jazz city and wider state. 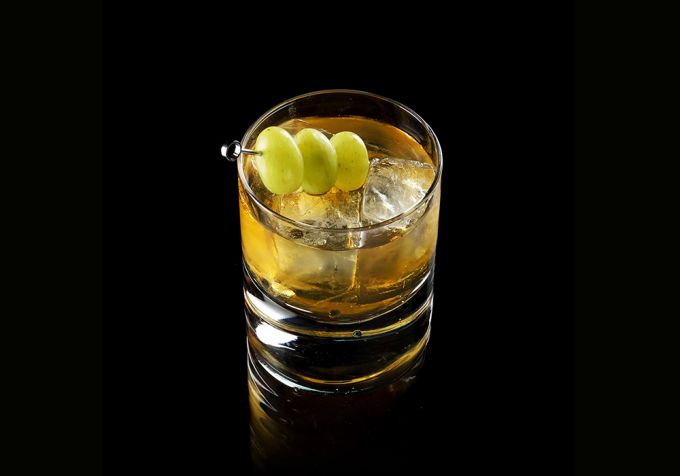 Founded as a French settlement, and sold to America with the rest of the state in 1803 by Napoleon, New Orleans has a deep rooted love affair with cognac. The French brandy was the foundation for most of the city’s famous drinks at the time of invention, and would have been loaded off boats in barrels all the way till 1875. That was the year phylloxera struck – a tiny bug that got through most of Europe’s vineyards and decimated brandy supplies for decades. The unexpected winner in this story was whisky, in all its forms. Scotch whisky became huge in the UK, whereas previously it wasn’t considered to be all that good, and in American bourbon and rye took off.

Some drinks swapped cognac for whiskey, others chose to mix half and half, keeping some presence of brandy. The latter turned out to be a beautiful marriage of grain and grape, with a bold spice coming from rye and a softer, fruitier palate, added by the cognac. A Sazerac is the most famous example of this union – a drink largely unchanged from the 1880s – but there’s also the oft-over looked Vieux Carré. Once the trend had started, the heady combination has never really been out of fashion with modern drinks such as the tasty Prescription Julep, the Preakness Manhattan, the In-Seine and Brooklyn’s Finest. 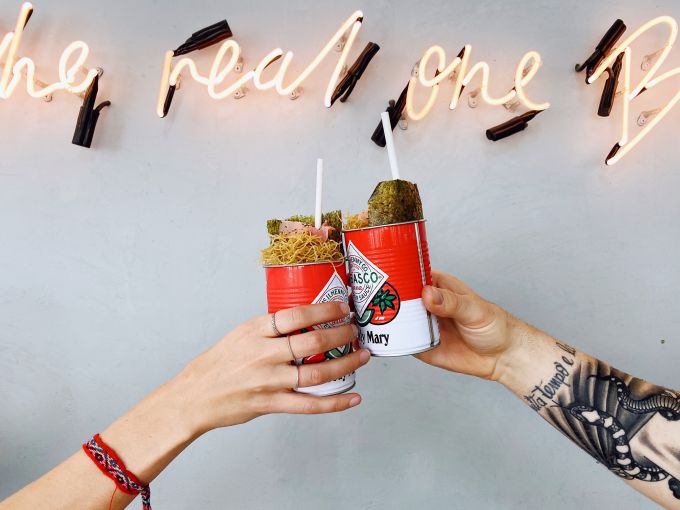 Avery Island in Louisiana is famed as the home of the iconic hot sauce TABASCO. But what’s it doing on a list about cocktails? We here at Difford’s Guide think of TABASCO sauce as an integral part of a classic Bloody Mary, in fact it was part of the original 1892 ingredient list of its precursor, the Oyster Cocktail and every person who lays claim to inventing the Bloody Mary has always referenced the brand by name.

Apart from its lineage as being as vital an ingredient as the vodka and tomato juice, there’s one other reason TABASCO sauce belongs on your bar cart and we’re eternally grateful to Louisiana for the fiery gift. After the hand-picked peppers are mashed by the brand on Avery Island, they’re aged for three years in white oak barrels. This oak aging means TABASCO sauce doesn't need to add anything other than vinegar to the chillies, as the resting time stabilises and rounds out the flavour so when it goes into a cocktail, you’re getting a pure chilli ingredient. When reaching for a hot sauce always check the amount of ingredients – the cleaner that list, the better your drink will taste. 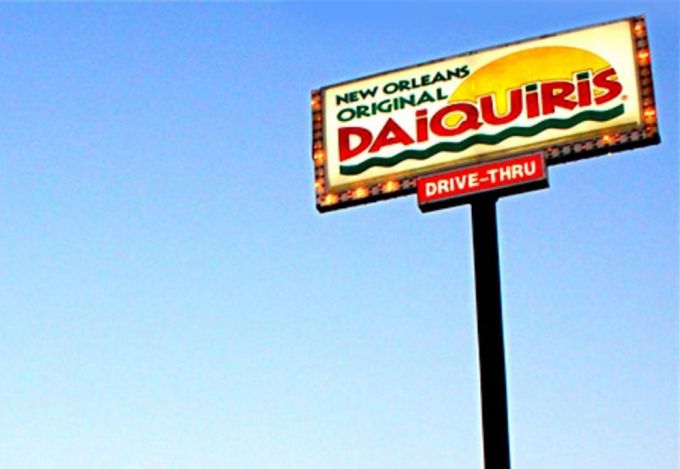 There’s nothing more iconic to drinking in NOLA than the kerbside occasion of a white styrofoam cup filled with brightly coloured frozen cocktails. The whole of Southern Louisiana is wonderfully devoted to the Frozen Daiquiri, that really has evolved to any frozen flavoured cocktail you can imagine with riffs on classics such as the Piña Colada to newly imagined concoctions, often named after New Orleans musicians that have impacted the community before dying. If you fancy pointing out to the residents of the city that a Daiquiri requires rum or fresh lime be warned you’ll be met with dismissive expletives.

These drive-thru Daiquiri and kerbside shops offering what the locals call go-cups are perfectly legal in most parts of Louisiana, so long as the drink is sealed (this often translates to the straw still in its paper wrapper or a piece of tape being put over the lid’s straw hole). You might think go-cups haven’t really permeated cocktail culture outside of Louisana, but the rapid response of bars and governments allowing takeout during COVID tells us otherwise. 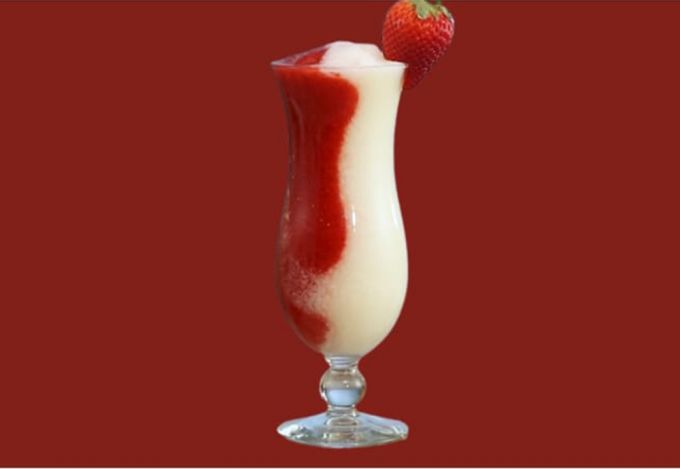 Named after the hurricane lamp, the iconic cocktail vessel was likely invented at Pat O'Brien's bar in New Orleans' French Quarter, sometime in the 1940s. Typically used to serve the Hurricane cocktail, you’ve also likely sipped a Piña Colada or a Blue Hawaiian from its curved depths – that or something dusted in cinnamon and set on fire in a Tiki bar on holiday. Our favourite drink to be poured into the hurricane glass, however, is a Miami Vice, which is equal parts Piña Colada and Strawberry Daiquiri split vertically in the glass. It’s a drink that not only relies on flavour but also the weight of each frozen cocktail to sit side by side without mixing. 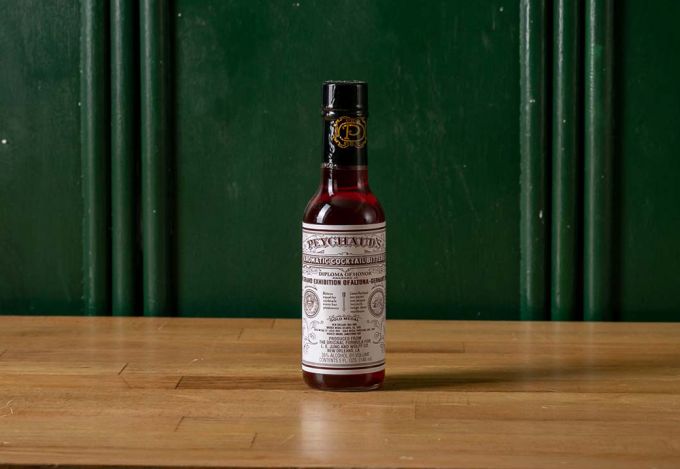 Angostura might be the more known cocktail bitters, but Peychaud’s is just as crucial to a good bar cart. Peychaud's Aromatic Cocktail Bitters were created by one Antoine Amédée Peychaud, whose story starts in 1795 when he arrives in New Orleans as a refugee after his father was forced to flee the island of San Domingo (now Haiti), where the slaves on his family’s coffee plantation rose up to claim their freedom. It’s a gritty history, but it leaves a youngish Antoine in NOLA, where, by 1832 he owned an apothecary in the French Quarter where he made his famous bitters.

These bitters gave a little zest to the elixirs he sold at his pharmacy and his recipe of distilled spirits infused with botanicals is still used by the Sazerac company today. Use it in over 140 cocktails on Difford’s Guide, the most notable being the Bobby Burns, the De La Louisiane, the Sazerac and the Vieux Carré.