We’ve Opened Back Up, But To Who? 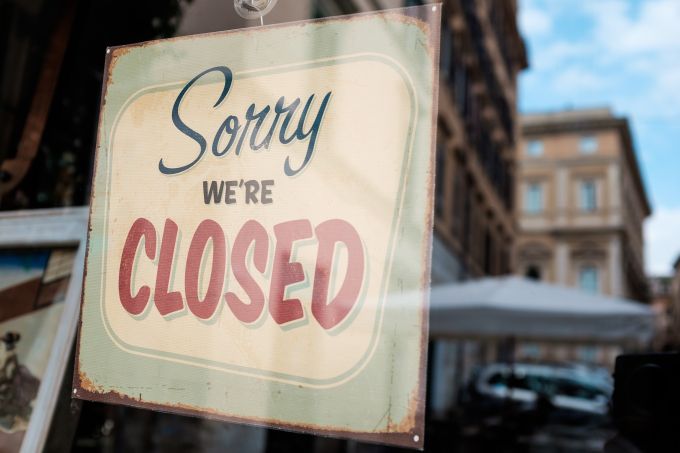 A bar’s closing always marks a moment of reflection for the drinks industry, whether it’s a venue that’s run its course, not hit the mark, moving on to a bigger, better space, or being tragically cut short. Following the pandemic we’re seeing more of these closures, both globally and here in Australia too. Owners warned us it would come, but I doubt any of us really thought we’d never get to sit at our favourite bars again.

Our latest moment of reflection came when Sydney’s Bulletin Place shut its doors. There were rumours a week before and then suddenly one of Sydney’s very best cocktail bars was no more. Why? Owner Tim Philips-Johansson tells the story best in his own words which you can read here. On social media he made some further comments, largely around the pandemic still reaping havoc on businesses across the country.

Australia’s Government comes up a lot during these chats. They did well initially is the consensus, but the long-term conversations between businesses and landlords has largely been ignored and if Melbourne’s latest lockdown tells us anything, it’s that the willingness to support staff and venues – even in mandated shutdowns – is running extremely dry.

Focusing in on Sydney, you can visibly see the years of small attacks on the nightlife that has whittled it down to a ghost town early week – there were the lockout laws, the wildly overrun tram project, and the surge of big business out of the CBD. Covid exacerbated this with a stampede to the extremities of the city’s sprawl and into regional areas. The Government has so much to account for here, but what about the customers? The bread and butter of our bar scenes? Where are they in all this?

It’s a chicken and egg scenario, because if laws and infrastructure had encouraged a vibrant nightlife then perhaps Sydney’s bars would be thriving. And by thriving I don’t just mean busy on Friday night but with enough turnover in the weekdays to sustain a business. But did Sydneysiders put up enough of a fight for their city to have a great nightlife? Have we allowed the government to create this ghost town?

Organisations like Keep Sydney Open were a fantastic and heart-warming example of engaged consumers, musicians and hospitality uniting. The people who marched, and rallied, wrote letters, put events on and used their dollars in venues certainly made a stand for nightlife to flourish. The overturning of the 2014 lockout laws this year was a great milestone – but was it too late? You can now drink later in Kings Cross but the venues that were once integral to that late night scene have been replaced with gyms and cafes. We’re living in a world were the 5.15am session at F45 is more popular than dancing to live music late on a Friday night. I’m not saying you shouldn’t exercise but surely both options deserve a place in a supposedly global city?

Perhaps hospitality, unlike in Melbourne, isn’t really a part of Sydney’s identity – it isn’t what enough of the residents value about their life in a huge city. Which is strange, because we have formidable bars and restaurants, places that will celebrate with you, buoy you up, turn ordinary Wednesdays into memorable evenings and obliterate sluggish Sundays and Monday-dread.

Last year, in the middle of the pandemic, London Cocktail Week sold 10,000 consumer wristbands to its festival, marketed to them with the idea that they could put money back into bars right before they went into another lockdown. Would 10,000 Sydneysiders be sold on the same idea?

Tim mentioned on social media that ‘trade was down, winter is here’ and he’s right. Suggest an early-week tipple to a Sydneysider past March and watch them recoil in horror. Rather than tumbling from offices into basement bars where you can hunker down with your best mates and a few boozy cocktails we flee for our homes at 5pm in the winter. Is it the transport system that makes leaving any later than 6pm a hassle? Are we all living too far flung from workplaces? Is Netflix every single night really better than seeing our pals? Or are we outpriced from our own city and from enjoying it by the hideous burden of trying to save hundreds of thousands of dollars to indebt ourselves to a mortgage? A combination of all the above I’d suggest – apart from TV over friends.

Feeling dismayed about hospitality in Australia, I asked Shay Chamberlain who heads the team at the Black Pearl if Melbourne was any better? “I think the Melbourne community pre-covid definitely loved an early week tipple. I would say it is from years of having such a strong bar and restaurant scene. Melbournians definitely consider themselves ‘foodies’ and because of that great reputation for hospitality, restaurants, wine bars and cocktails bars are considered institutional to the identity to the city,” she said.

“Last year’s lockdown has definitely affected the early week cocktail culture. Since re-opening Black Pearl in November we have certainly noticed that most consumers are saving their night on the lash for a Friday or Saturday night. A lot of venues are not in the position staff wise to even open more than 4 or 5 days a week, which I think is discouraging people even further from going out on those quieter days, as it is hard to get a cocktail in a town once known for their night life. Once we re-open (again) we will definitely be looking at our opening days and I hope that we can bring a little life back into Brunswick street and restore this wonderful city to her former glory.”

Let’s all pray that Melbourne picks itself back up before it too needs a political party aimed at keeping its fantastic venues open.

In February this year Sydney got its first nightlife tsar, Michael Rodrigues, following in the footsteps of many global cities who have an active political post for their 24-hour economies. So far, he’s saying we need to diversify and that the night can not just be for expensive bars and restaurants, or even for the Anglo-Saxon drinking traditions. “Two or three things for $50-$60; eat something, drink something, take in a show of some kind,” he says he wants to see.

Despite being a drinks writer advocating for cocktail bars, I think he’s absolutely right, and that more businesses catering to more people in Sydney post 5pm can only bring in more business. Michael Rodrigues has only been in the job a few months but his appointment at least gives us a figurehead. Now the real work begins. We shouldn’t be dead by 8pm, the streets shouldn’t be this quiet. Give us more trains and buses later in the evenings, routes that don’t just stop after peak hour – essentially more options for getting home in an affordable and safe way. Give our venues government meditation with landlords and help them stay open.