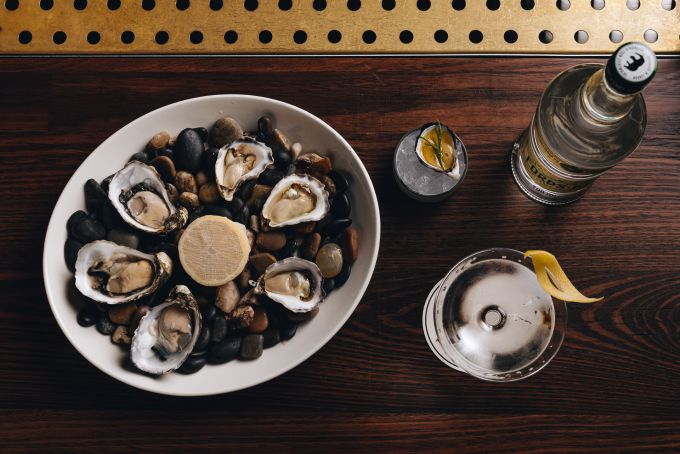 The lightly dressed oyster is a Martini's bestfriend, creating the foundation of the working lunch since gin was first passed through a still. In Melbourne, Alex Boon and Pez Collier have opened their first bar, Pearl Diver, in dedication to this pairing of cocktails and oysters. Between them, they share an abundance of odd oyster facts and a keen insight into drinks.

Having worked together in the now-closed Seymour's Cocktails & Oysters in Brisbane, Alex Boon and Pez Collier had already seen how important the match between the two can be. They've now taken that ethos and opened a bar in Melbourne that develops the pairing in a whole new direction, away from New Orleans-inspired, and instead finding a focus on the fresh and vibrant nature of what we can find in Australia. Below is their take on everything you'd ever want to know about oysters and their BFF, booze.

To analyse this we asked Alex and Pez to look at classic London dry Ford's Gin which has the traditional juniper spice as well as an aromatic citrusy nose and bright citrus on the palate, lending itself well to oysters. The Pearl Diver guys also delve into what elements can be added to gins and vermouths to further enhance this pairing. 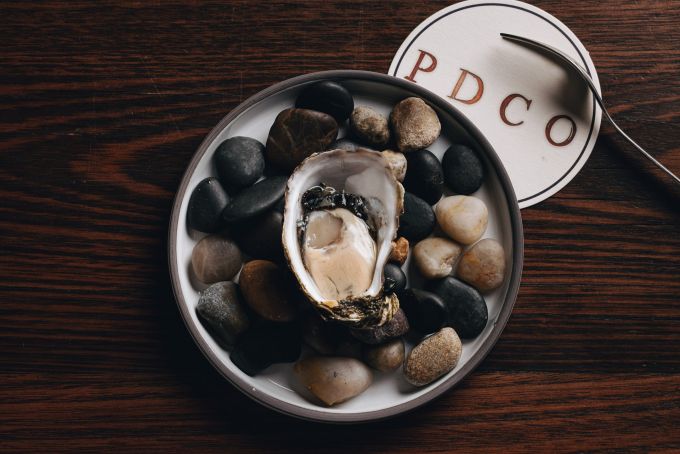 In Australia there's three main oyster varieties that you come across, and they change within their seasons. You're looking at Sydney rock oysters, which are a native species that tend to prefer warmer temperatures and are found in New South Wales and up into Queensland. Then you've got the Pacific oysters which are an introduced species from Japan, and they prefer much cooler water so you'll find them generally on the southern coast and in Tasmania.

The third type is another native oyster, which we'd like to see becoming a lot more prevalent in Australia, and that's called the angasi oyster. It definitely doesn't have the commercial viability of the other two varieties, or the availability, but we're working with oyster rehabilitation systems, which are building oyster reefs in Port Phillip Bay, to try and get these angasi oysters to prosper. 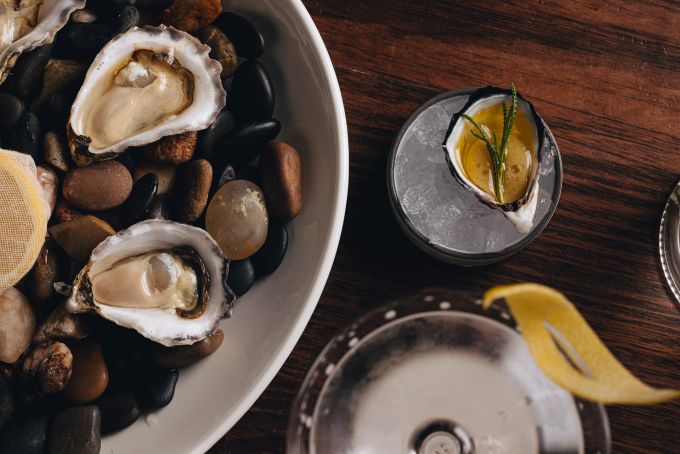 Historically angasi oysters were not only a main food source for many Australians but their shells were also used to create housing structures, so they have always been dredged and plumbed out of existence for a very long time. It's fairly recently that they've actually started to make a rise in popularity again, which is quite amazing considering that most of the reefs around Australia were once made up of these.

Oysters will generally continue to grow for up to 55 years, so their size is based on when you decide to harvest. With a lot of the oysters over the last couple of years, they're generally reducing in size as the consumer looks for something that punches a bit more flavour without having too much size in the mouth. So on the back of this you'll find a lot more bistro size oysters, which are a lot smaller, but also super, super tasty. 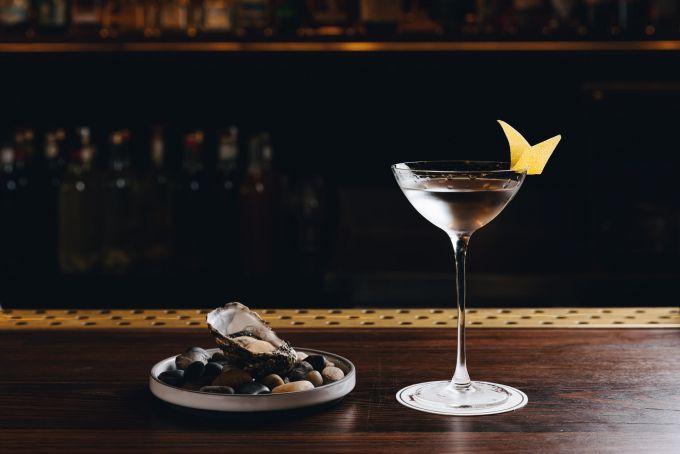 At Pearl Diver, the way we approach pairing and oyster (raw, dressed or cooked) is to think about what wine or champagne would work well, and what are ways that we can incorporate those characteristics into a cocktail. When it comes to oysters, we often refer to another classic pairing, with champagne. That pairing uses what is called umami synergy and there's been a whole bunch of study done, especially in Scandinavia regarding the fjord oysters and why it works amazingly well with vintage champagne.

Essentially it comes down to combinations of nucleotides and glutamates - other pairings which follow this include eggs and bacon, and cheese and ham. The muscles of oysters contain nucleotides which match with the glutamates of champagne, and as the champagne ages on lees, it creates more glutamates so vintage champagne works amazingly well and creates an experience that heightens the umami of both the champagne and the oyster to create a really intense, beautiful pairing between the two that is, as we like to say, actually based on molecular shit. 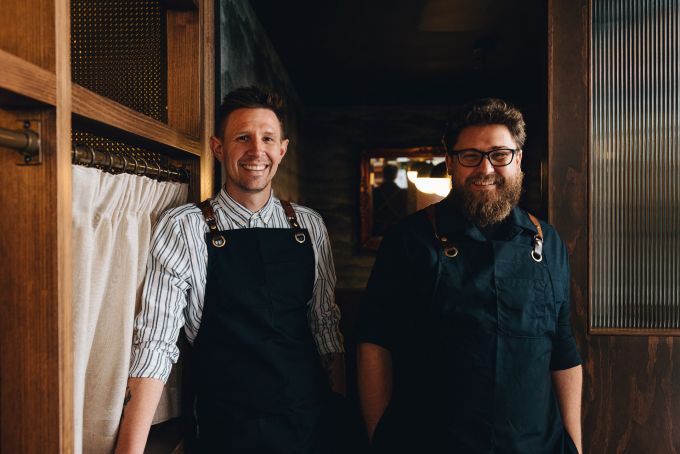 After we looked at the way champagne works with oysters, and we break it down into five main elements of brininess, sweetness, creaminess, mineralisation, and then obviously that umani character there as well, we can then take our learnings into the world of Martini creation.

When you look Martinis you have two elements to play with; gin and vermouth. These don't typically have umami characteristics but they can be introduced through infusions - such as seaweed, oyster shells - which will heighten the brininess and savouriness of an oyster. However, at home, rather than trying to infuse your gin with shells we'd recommend looking at your oyster dressings.

If we take Fords gin and its botanicals used – juniper, coriander, angelica, lemon, grapefruit, orange, orris and cassia – you can use those botanicals to work with a dressing for oyster, from something as simple as a citrus squeeze to more intricate mignonette, granitas, balms and vinaigrettes. We could utilize all those botanicals in a cooked oyster as well. There's not much that doesn't work when it comes to botanicals of gin, and oysters and the flavour of oysters because it leaves you open to so many different ways of working with the product.

And if you're looking for some of the more intricate additions to your oyster and Martini experience, come on down to Pearl Diver. 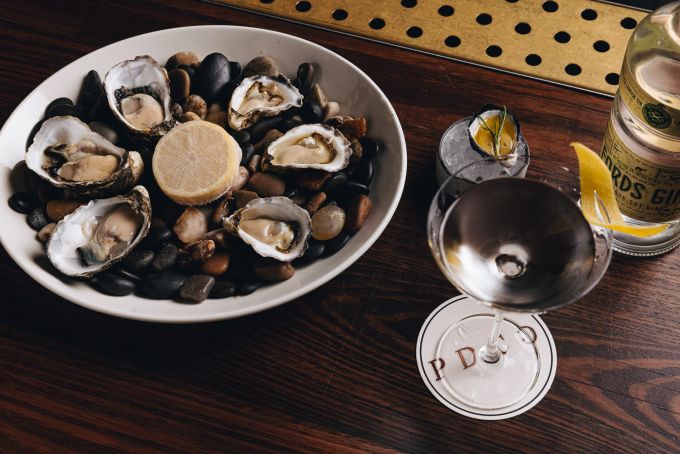