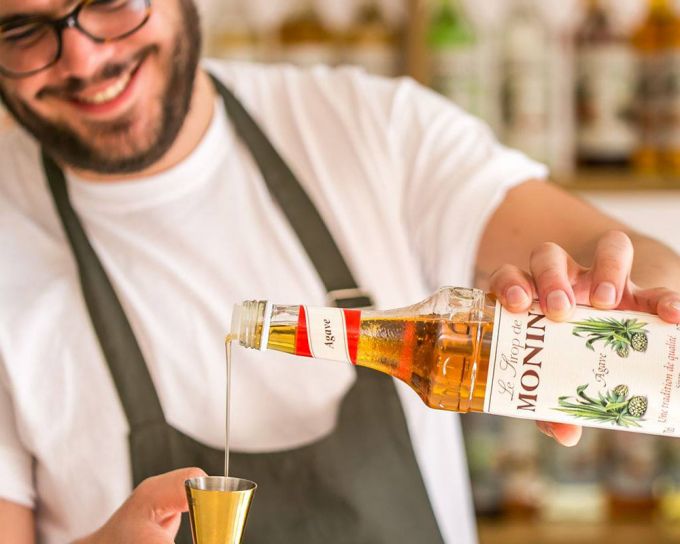 You've graduated from Negronis built in the glass to shaking up sours and stirring down Manhattans. You own a tin shaker, there's always a vermouth bottle knocking around in the fridge and your bar cart is no longer a place for left-over party spirits. Now it's time to get serious about syrups.

You've no doubt encountered sugar syrup and agave syrup before - two of the most-called for bartending sweeteners. In this article we're diving into three more home essentials with some help from our friends at MONIN. 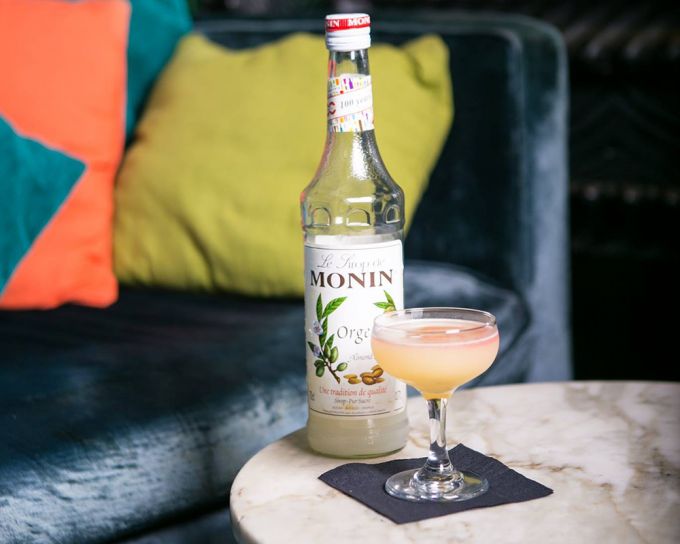 Traditionally made from almonds, sugar and rose water or orange flower water, orgeat is a powerful and flavourful sweetener which adds a distinctly almond/marzipan note to drinks.

You'll find it in a lot of classic tiki cocktails (a thoroughly 20th century concept in terms of bartending culture), however its use in mixed drinks goes back much further - to the late 1800s in fact. Its first mention comes in the Orgeat Punch - a combination of orgeat, brandy, lemon juice and a dash of port. But it's Trader Vic and his contemporaries who have become synonymous with orgeat - you'll see it used in the Fog Cutter, the Scorpion, Kava Bowl, Royal Hawaiian Cocktail and the Cocoanut Grove Cooler. Some modern classics that demand orgeat are emerging too, and not just from tiki bars - from PDT in New York's Beachbum to The Merchant Hotel in Belfast's Kon Tiki Ti-Punch.

Monin's Orgeat Syrup uses no artificial flavourings - only good quality almonds to capture an authentic flavour, and makes it to a precise sweetness of 61.30 brix (meaning there's 61.3g of sugar to every 100g of syrup). 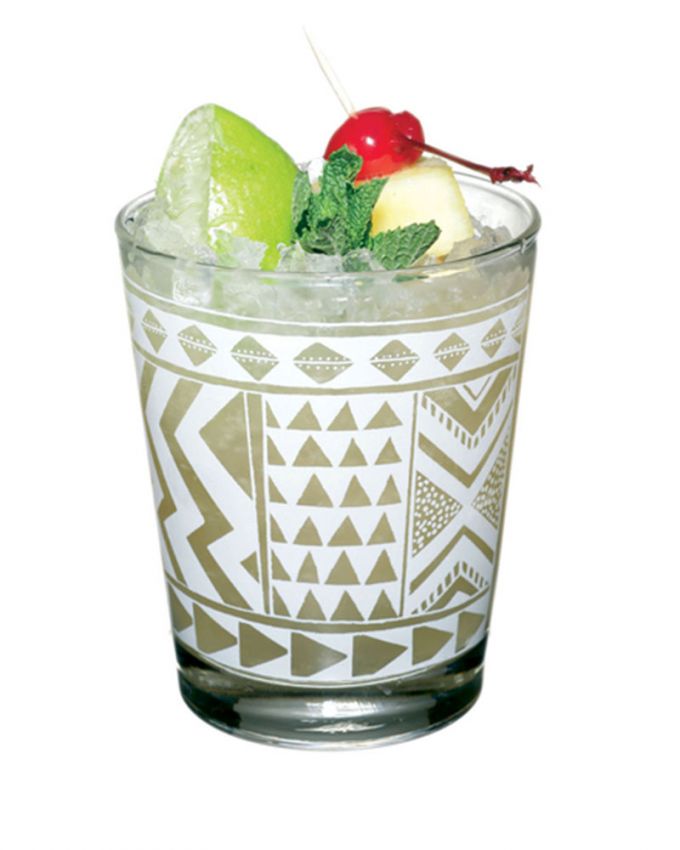 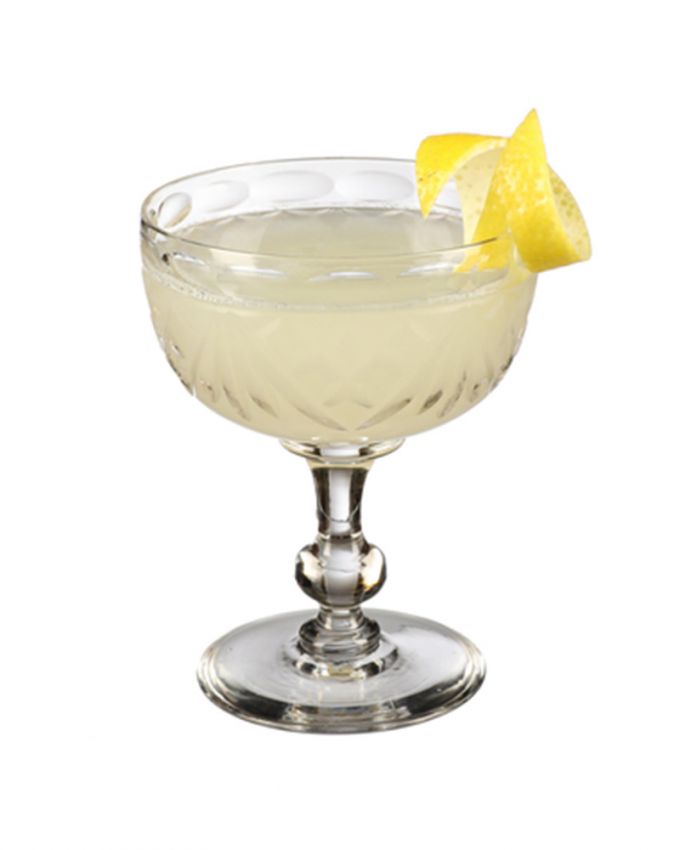 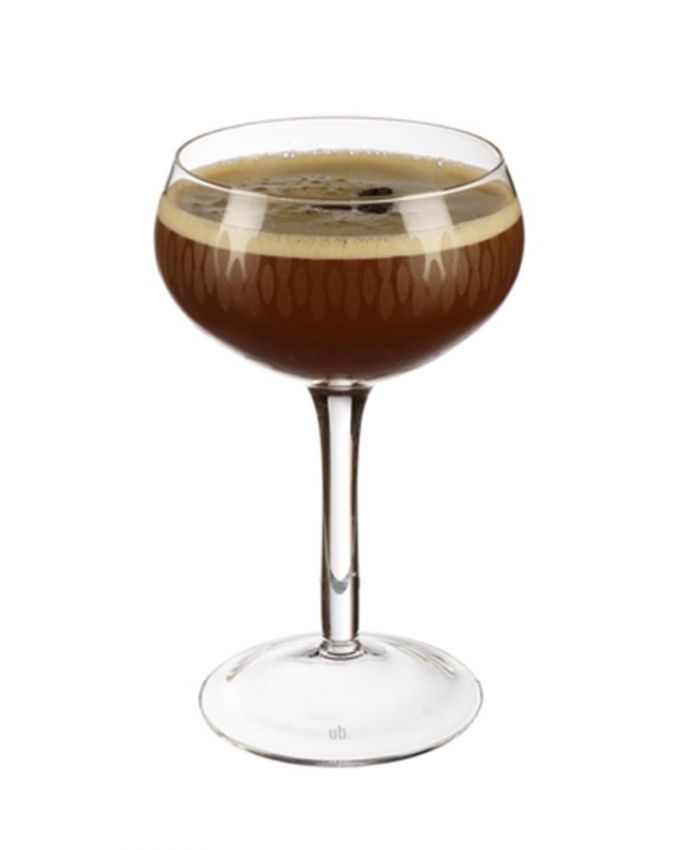 ESPRESSO MARTIKI
With: Pineapple rum, coffee liqueur, Monin Orgeat syrup, pineapple juice and espresso coffee.
We Say: A fun and tropical riff on an Espresso Martini. Adapted from a recipe created in 2019 by Martin Hudak at Maybe Sammy in Sydney, Australia. Originally made with Mr Black's Coffee Liqueur. 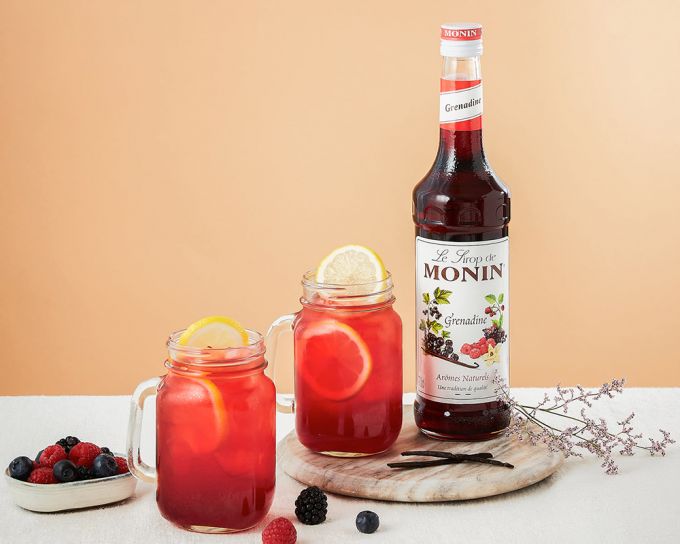 Grenadine syrup is an ingredient used in many cocktails, including the ever popular tequila sunrise. It's a pomegranate-flavoured syrup that can be used to balance out tart or acidic flavours in cocktails. Grenade is the French word for pomegranate, which is where the name grenadine comes from, but in most grenadine syrups you'll also find some mild spices.

Monin Grenadine is separated from its competitors with a more complex structure. This rich red Grenadine plays on notes of berries and spices rather than a typical strong note of pomegranate. 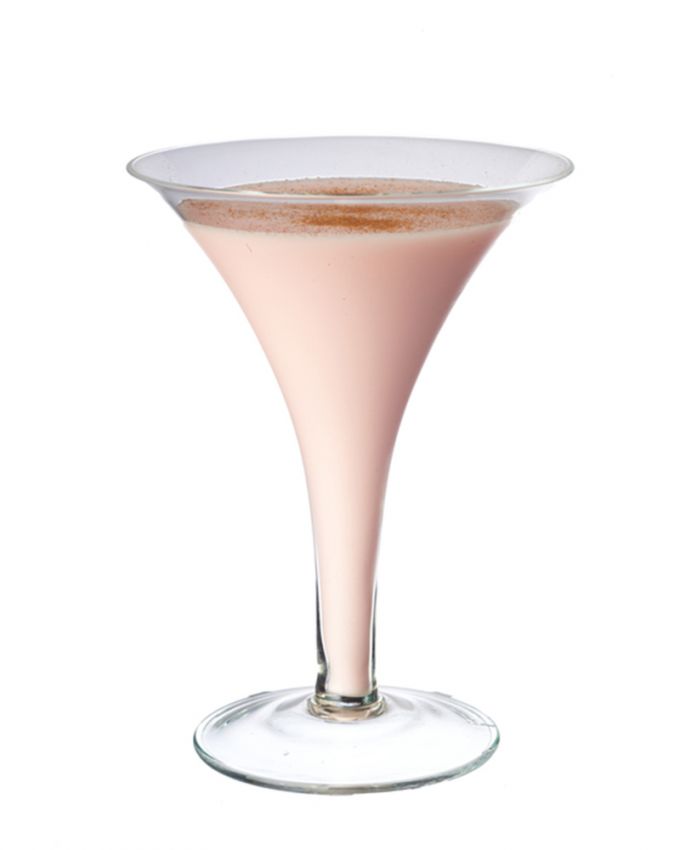 SILK STOCKING
With: Blanco tequila, white crème de cacao, Monin Grenadine syrup and single cream.
We Say: So smooooooth but still retains a tequila bite and a hint of chocolate and fruit. 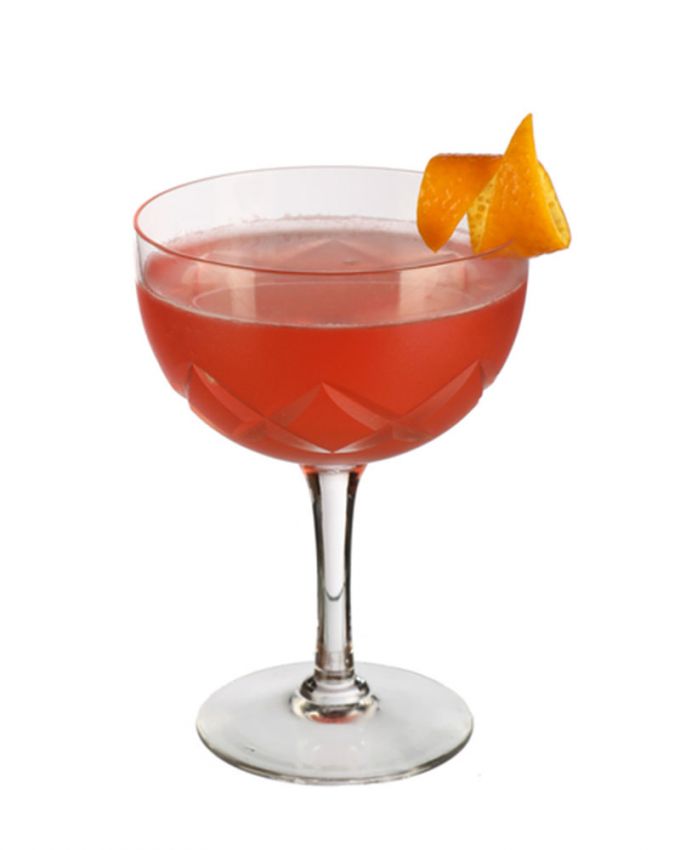 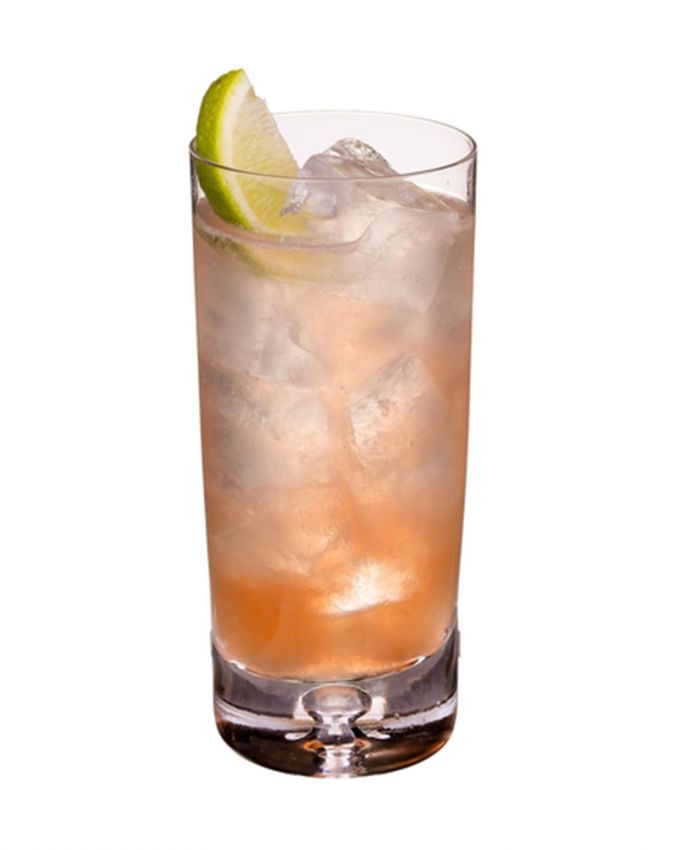 ORIGINAL TEQUILA SUNRISE
With: Blanco tequila, lime juice, Monin Grenadine syrup, crème de cassis liqueur and soda water.
We Say: Tequila notes shine with delicate berry fruit (and depending on your ingredients subtle vanilla) in this delicious 1930's version of the Sunrise. The older of the two versions of the Tequila Sunrise, this one was served and is thought to have been created around 1930 at the Agua Caliente racetrack hotel, spa, and casino resort in Tijuana, Mexico. 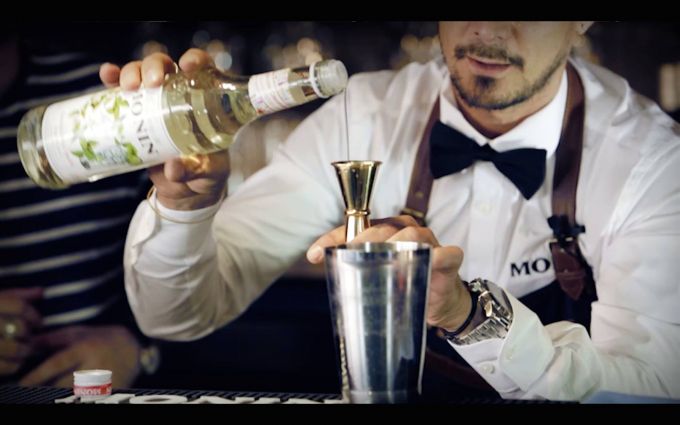 Falernum is a sweet liqueur or syrup from Barbados. Falernum is always made with lime and sugar but is usually also flavoured with ingredients such as cloves, nutmeg, cinnamon, ginger and almonds. Often used in cocktails, falernum can be clear or have a light green/yellow to golden amber tint. Non-alcoholic falernum sugar syrups with a similar flavour profile to the liqueur are common, although a lot of falernum has at least 11% alc./vol.

Falernum is used in many well-known cocktails, including the Royal Bermuda Yacht Club, the Zombie, and perhaps most notably, the Corn 'n' Oil. 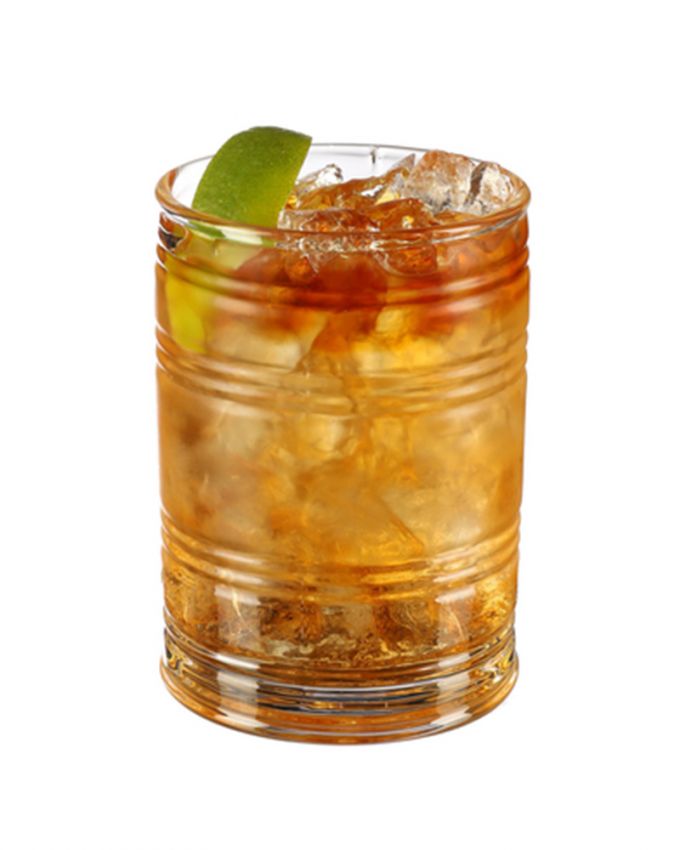 CORN 'N' OIL
With: Blended rum aged, Monin Falernum syrup, Angostura bitters and a float of dark/black/blackstrap rum.
We Say: Rum slightly sweetened and flavoured with the lime and clove flavours of falernum. 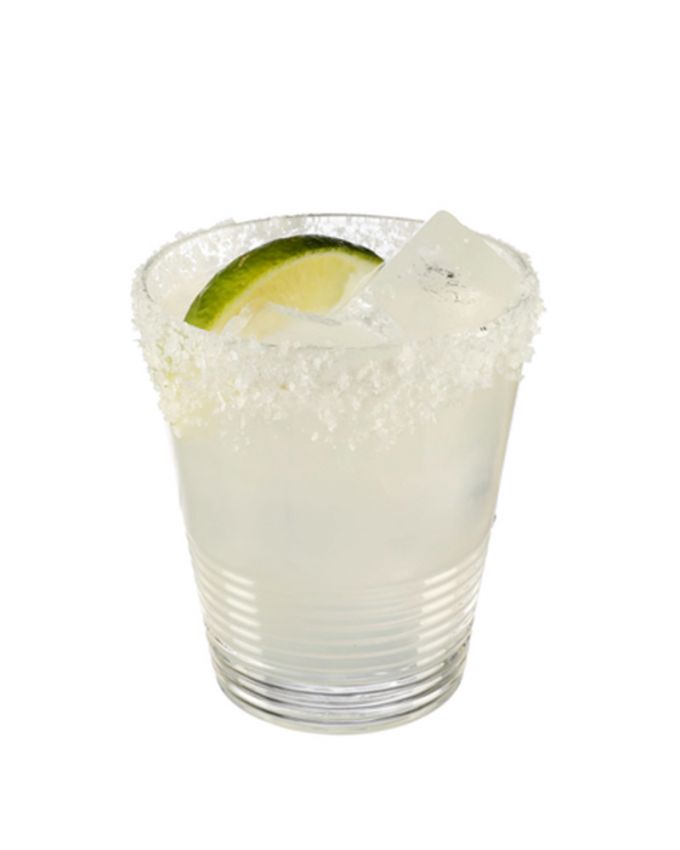 CALIFORNIAN MARGARITA
With: Blanco tequila, triple sec liqueur, Monin Falernum syrup, and lime juice.
We Say: To quote a "long time Californian", this recipe is a classic Margarita but "with a few tweaks. Usually a silver/blanco tequila; lemons sometimes because flavor is more consistent year-round" and "falernum to add a subtle, bit more complex sweetness, with ginger, lime, and spice notes." 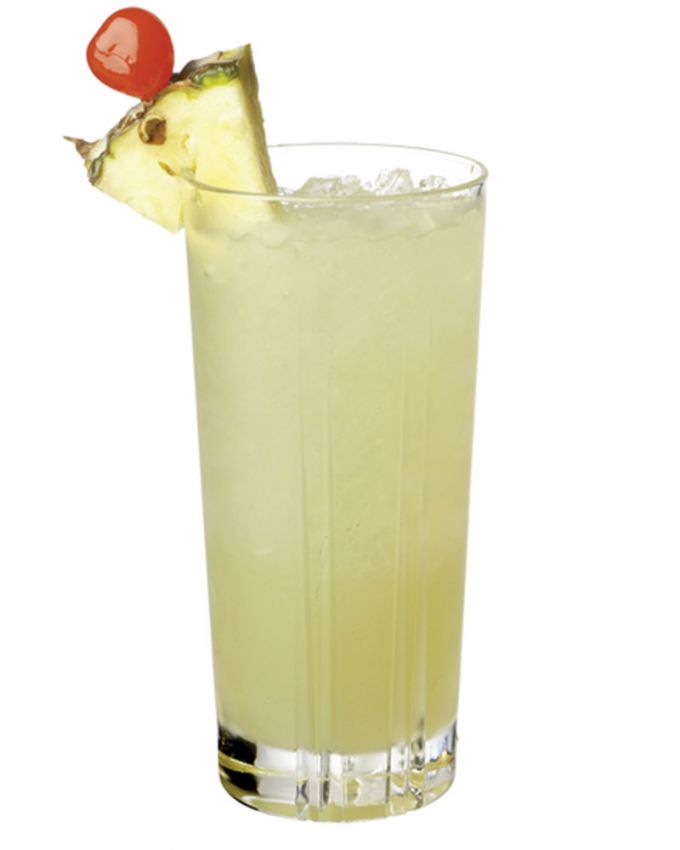 CHARTREUSE SWIZZLE
With: Green Chartreuse, Monin Falernum syrup, pineapple juice and lime juice.
We Say: A swizzle for people like us - Chartreuse lovers. Best enjoyed on a hot summer's evening.

... comment(s) for Stocking Your Home Bar: Syrups for Pros