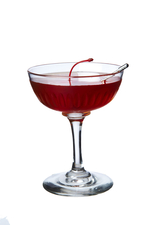 Queen Elizabeth II turns 96 today, and, being the Queen she gets to celebrate all over again in June on her official birthday. She has been head of state in the UK since 6th February 1952, the longest-reigning British monarch since surpassing the reign of her great great grandmother, Queen Victoria on 9th September 2015.

She is also head of state in Canada, Australia, New Zealand, Jamaica, as well as Papua New Guinea, and the Falklands amongst others.

Her own mother was, apparently still downing gin, Dubonnet and Veuve Clicquot pretty much until she died, aged 101, so we are expecting plenty more official birthdays to celebrate. And what better way to get in the royal spirit than with a Royal Toast, a cocktail which dates back to 1937. Some other right royal suggestions:

Rome was also founded this day

Romulus and Remus, the legendary brothers who founded Rome, did not have the best start in life. Despite the fact that they were sons of the war god, Mars, their mother was forced to abandon them as infants. They were suckled by a she-wolf and were then raised by a shepherd.

On this day in 753 BC, or so the story goes, the twins returned as adults to found a new city, which Romulus would christen Rome after himself, having killed his sibling in a vicious town-planning dispute.

We're marking the anniversary of this fabulous city with a potent, refreshing Roman Punch, although you may prefer a Roman Highball.

This is also the day the Pound coin was introduced

The £1 coin was introduced to an angry Britain on 21 April 1983. It was greeted with the howls of outrage, the same kind of outrage expressed when the first Pound notes replaced the Gold Sovereign during World War One.

The new quid coin was too heavy! Too small! Too fiddly! It would make holes in people's pockets! People felt cheated when they received them as part of their change! Meanwhile, in the USA, despite repeated attempts, including converting vending machines, the dollar coin has yet to take off. Despite its dwindling value, folk remain resolutely attached to the Greenback.

We are toasting our great British currency with one of our own concoctions, the Tenner Martini.

... comment(s) for Happy birthday Your Majesty