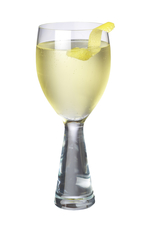 The word "National" in the title of this celebratory day is key. This is a day to, if possible, not just enjoy white wine but to celebrate your own nation's white wine.

Like most similar celebratory days, National White Wine Day originated in America as a celebration of Californian wine with the first vineyards established there in the 1850s. But when it comes to ideas for civilised fun, including drinking chilled white wine in the summer, we have to thank the industrious Romans, so perhaps a glass of soave is in order. Or even more fittingly, a Vie di Romans 'Flors di Uis', an excellent blend from Friuli in northeastern Italy.

To be brutally honest, here in Blighty, our own white wines weren't particularly worthy of celebration but how this has changed in recent years with English wines winning awards at international competitions and land being snapped up in the southeast to plant new vineyards.

So grab a bottle of the best and most local white wine you can find and perhaps make a simple Spritzer or try in wine of these white wine-based cocktails.