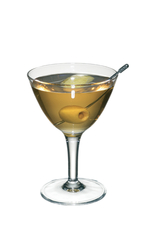 On Día de los Santos Inocentes (Day of the Holy Innocents), Spanish press and TV feature made-up stories, kids play pranks, bonfires are lit and in some villages, kids get to play mayor for the day and order adults to help out around the town.

Alicante sees flour battles in the streets, in Fraga groups of kids throw eggs at each other, in Tremp, people burn a giant paper doll, and in Valencia, kids dress up as if for Halloween and perform the Dance of the Fools.

All sounds a bit exuberant after Christmas? No problem. Enjoy a Merry-Go-Round Martini and watch the season's worries slip away.

There seems to be an awful lot of obscure holidays out there: Praise a Postal Worker Day, Penguin Awareness Day, and (weirdly) yell 'Fudge' at the Cobras Day (June 2nd).

We thought that National Chocolate Day was one that was probably worth observing though. There's a bit of discrepancy over the exact date - it's celebrated on 28th October... but then celebrated again on 28th December. But...what the hell, jump on board and do your bit in style and with sophistication by mixing a Chocolate Sazerac.

If you, unlike Piero, feel lucky in life, perhaps you'd like to join us in today's cocktail, the Lucky Lily Margarita, a great tweak on an enduring classic that features pineapple, honey and black pepper. And remember, "Luck favours the prepared."