Tutankhamun's tomb was unsealed this day 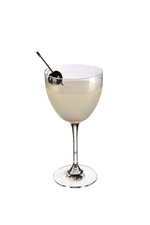 In front of an audience of dignitaries from around the world, on this day in 1923, the archaeologist Howard Carter opened the tomb of King Tutankhamun, revealing a blaze of gold, jewels and leopard print accessories that would make the average WAG positively liquid with envy, and launching any number of terrible horror movies.

A high-risk strategy, one would think. Travel wasn't the merry bagatelle in those days that it is now, and it took a while for folk to reach the tomb. Mercifully, after a previous unveiling of a different tomb went horribly wrong, when folk who had travelled weeks to witness the event learned that tomb robbers had got there first, Carter had checked that there would be something to see when they got there.

We are marking the occasion with a King's Jubilee. Curse? What curse?

Lithuania's route to statehood has not been smooth. Soon after its first run at independence, it was occupied in rapid succession by the Poles, the Germans and the Russians. Still, this Baltic state, along with Estonia and Latvia, regained its freedom in 1991 - and lucky Lithuanians get a second holiday for this second attempt at independence in three weeks' time.

Today Lithuania's three million or so citizens get the day off work or school, plus parades, speeches and free concerts. Us? We are enjoying a Baltic Spring Punch.

He was the son of a well-to-do sugar plantation owner and has literally thousands of streets named after him. Fidel Castro was sworn in as Prime Minister of Cuba this day in 1959.

We were thinking of recommending a Cuban Liberal as today's drink...but then we remembered that after he became Prime Minister and Commander-in-Chief of the Cuban Armed Forces, a huge number of people were executed or thrown into prison for opposing Castro. So, we thought that instead of a Cuban Liberal, we'd go for a Rum Sour instead.

Although Castro becoming Prime Minister mightn't be a great reason to celebrate for a hell of a lot of people, it is worth noting that after Castro took charge, literacy rates soared, and Cuba now has the lowest infant mortality rate in Latin America, and the country's excellent doctors are frequently sent out to provide assistance to poorer countries.

Ok, we accept, it's a controversial choice, but surely you understand that we wanted an excuse to drink a Rum Sour...and even as I write this, the aged rum is staring down at us from the bar shelf, asking us to unscrew its lid...!

Banks chose not to fight the disease, instead marrying his long-term partner, spending time with friends and family, travelling and finishing off as much of his work as he could: he died, peacefully and with dignity, on 9 June 2013 aged 59.

A genius sci-fi and literary author, who Irvine Welsh described as "one of the finest writers and greatest imaginations ever", he invented the hedonistic, anarchic trans-Galactic Culture society and was as passionate about Scotch malt whisky as he was about politics and writing.

We're not sure whether Iain would have enjoyed the Royal Nail, or considered it blasphemy. One of my own creations, it blends malt whisky and Scottish liqueur with a hint of bitters for a suitably bitter-sweet toast.

... comment(s) for Tutankhamun's tomb was unsealed this day