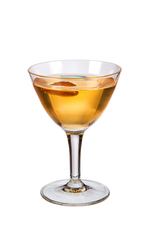 Sushi is traditionally made with medium-grain white rice but can be made with brown or short-grain rice. As with Italian pasta, there are lots of different types of Japanese sushi and each has its own name:
Nigiri-sushi: The original style created by Hanaya Yohei. This consists of a topping (usually fresh raw fish) served on top of sushi rice
Maki-sushi: Rice and fillings wrapped in seaweed, recognisable as the most common style of sushi today, certainly in the west.
Uramaki-sushi: Like Maki, but with the rice on the outside of the roll.
Temaki-sushi: Sushi hand-rolled into a cone shape.

Sushi is often vegetarian but is most commonly made with seafood, typically squid, eel, yellowtail, salmon, or tuna. Contrary to popular belief, sushi shouldn't smell fishy and world-renowned sushi chef, Hidekazu Tojo says a good sushi restaurant should smell like cucumber or watermelon.

Prior to eating, it is common to dip sushi into soy sauce or to add spice with a little wasabi. Sushi is bite-sized as it is designed to be eaten in one bite, ideally placed on the tongue face down to allow the full flavour and freshness of the fish to be savoured. Pickled ginger (gari) is traditionally eaten to cleanse the palate between pieces of sushi.

Sushi calls for sake so we offer a trio of our own sake cocktails to sip between bites: Geisha Martini; Damm it Jimmy; Smoky Joe.

Anniversary of the Battle of Waterloo

On this day in 1815, an allied army under the command of the Duke of Wellington (and a Prussian general named Von Blücher) defeated Napoleon's armies on a field not far from Brussels, today in Belgium, near the little village of Waterloo.

They don't make them like the Duke of Wellington anymore. Which is probably a good thing. The General once remarked of the squaddies under his command, "I don't know what effect these men will have upon the enemy, but, by God, they frighten me". He also referred to the men who fought and died for him as "the scum of the earth".

In honour of a famous day for Britain, which led to Napoleon's final defeat, we are drinking a Waterloo Cocktail.

This day in 1924, "the sensational chapter play", The Iron Man hit cinemas in the USA and elsewhere. It was an early action movie, in 15 parts, a bit more like a TV show than a movie, and entirely silent.

And, no it wasn't related to today's Iron Man, who was created by Marvel Comics' Stan Lee in 1963. The star of the show, Lucien/Luciano Albertini, had started his career in Italy, as a circus strongman, with a famous trapeze act - but this would be his only US production, as American audiences liked their own Joe Bonomo, the villain, better.

Bonomo, then 23, boasted Schwarzenegger-style musculature, achieved entirely without steroids, as well as a moody, sensitive air. His movie career didn't survive the arrival of sound, thanks to his strong Brooklyn accent, but after his stint as Hercules of the Screen he established a career selling bodybuilding via mail order.

We are toasting all the stars of The Iron Man, now sadly lost to posterity, with an aptly-named Iron Bound, a tasty drink we discovered in New York made with the unlikely combination of cachaça, apple brandy, Bénédictine, Demerara sugar and Creol-style bitters.

It's the anniversary of the 1st American woman in space

Only twenty years after a Russian woman piloted a spacecraft, only six years before Britain, which didn't even have its own spacecraft, put a woman into space, and sometime after the first Russian woman walked in space, the US finally let a woman on a spaceship. Her name? Sally Ride.

This was in 1983, or well over 20 years after the US had first accepted female astronauts for training. Before her flight, Ride endured a press conference of quite spectacular sexism. Reporters solemnly enquired whether she would cry if things went wrong on the job, whether she would be taking makeup into space and what she would do for bras.

After NASA, Ride went on to become a physics professor, science author and science publisher. She chose to come out as lesbian only in her obituary, which acknowledged her 27-year relationship. We are toasting Ride with a Perfect Lady cocktail.