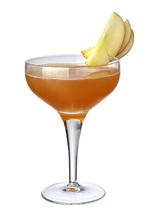 Now, most societies had worked out some way of cleaning their teeth. Methods included toothpicks, frayed sticks, cloths and rags, knives, and substances including bicarb of soda rubbed straight into the teeth with a finger.

But the combination of bristles and handle was completely new. Hongzhi's invention used bristles from a pig affixed to a handle made of bone or bamboo, enabling him to reach the parts that other cleaning devices could not reach, and, no doubt, make his hundreds of concubines very happy indeed.

The idea took a good couple of centuries to catch on in the West, not least because European societies were not big on washing during the 1500s. But today we cannot live without our toothbrushes.

We are toasting this invention with a most dentist-unfriendly drink, the Sweetie Pie. Less sticky than it might sound, it is both bitter and sweet.

Also today, a pack of Wrigley's launched the UPC

This day in 1974, Clyde Dawson bought a packet of Wrigley's Juicy Fruit chewing gum at a supermarket in Troy, Ohio. At 8:01am, the cashier, Sharon Buchanan, scanned it - it was the first-ever use of a Universal Product Code (UPC) barcode.

For, yes. There was a time before barcodes. Store-owners had been grappling with the problem of managing inventory for many years - early solutions, such as punch cards, failed to take off, because the equipment was expensive. And International Business Machines Corporation (IBM) had been trying to find a barcode solution for decades - as early as the 1940s, in fact, they'd come up with a similar idea, but didn't have the lasers to make it readable.

It was an IBM engineer named George Joseph Laurer (born 23/Sep/1925 in New York City) who ultimately solved the problem by developing the pattern used for the UPC. During his 36 year career at IBM, George was responsible for numerous technical innovations and has 25 patents to his name. We are toasting him and his invention with a New Port Codebreaker.

Ever heard of Violette Szabo?

Hers is one of those names that kind of disappeared from history. A World War II secret agent of immense bravery and beauty, Violette was born in Paris this day in 1921, and died in Ravensbrück concentration camp in 1945.

Born to a French mother and English father, she went to school in London, before marrying a French officer in 1940, who was killed in the Battle of El Alamein, a tragedy that motivated her to become an Allied spy. Parachuted into Allied France, Violette reorganized and led a French Resistance network successfully. On her second mission, German troops identified her: she fought bravely, but was captured. Despite weeks of intensive torture and interrogation, Violette did not give away her comrades. Violette Szabo, we salute your memory with a Violet Affinity.