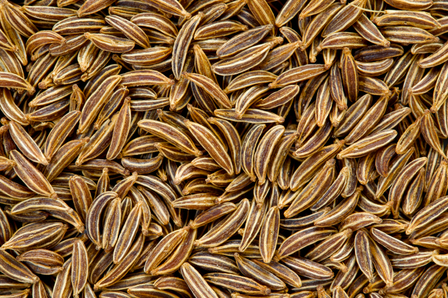 Kummel is a herbal liqueur flavoured with caraway seeds, cumin, fennel, orris and other herbs. The origins of this liqueur's name lie in the generic names for the key spices with which it is flavoured. In German, caraway seed is called Kümmel while cumin is Kreuzkümmel.

Although kummel's origins are thought to be Dutch, Russia is now the largest producer and consumer of kummel. It also remains popular in Germany, particularly Berlin.

The Bols family claim to have produced the first kummel liqueur, dating back to the Netherlands in 1575. It's said that Peter the Great was living under a false identity in the Netherlands in 1696, to gain shipbuilding knowledge, and having tasted kummel in 1696, visited the Bols distillery to see how it was made. It made such an impression that when he returned to Russia, Peter the Great introduced the liqueur to his court.

Although, in recent years, having fallen out of favour among bars, bartenders and the like, kummel was indeed once a well-liked and appreciated liqueur. Mentzendorff Kummel received widespread interest in Britain in 1851 having travelled from Riga. It was only a matter of time before the liqueur found its way into cocktail recipes, cocktail books and the USA.

E A Simmons considers kummel in 1874's The American Bar-Tender as, "the favorite liqueur of Russia; the best is made at Weissenchein, in Esthonia."

Later, in William Schmidt's 1892 The Flowing Bowl: When and What to Drink, a recipe for kümmel appeared: "Fill three quarts of cognac or kirschwasser, six ounces of broken caraway, and two-fifths of an ounce of star anise into a glass bottle, close it with a bladder, and place it in a pot partly filled with cold water; now heat this, and let boil for half an hour; take the pot from the fire, and let the bottle get cool in the water, then sweeten the liquor with two pounds of refined sugar; filter, bottle and cork well."

In the 1931 Old Waldorf Bar Days , Albert Stevens Crockett describes the liqueur as, "Kümmel or Kimmel - a liquor made generally from highly rectified alcohol, flavoured with cumin (a plant of the parsley family) and caraway seeds. Before the War it was manufactured chiefly at Riga, Russia."

J A Grohusko notes in the 1933 Jack's Manual, "The foundation of kummel is caraway seed, and its dietetic properties are somewhat similar to those of anisette. It is invaluable for indigestion or dyspepsia. In Russia, where it is known as Alish, it is used extensively as an after-dinner cordial."

Interestingly, in Elixirs with Crack Ice (Esquire October 1941), Lawton Mackall explored kummel, noting: "This liqueur gets its aromatic keynote from cumin seed which hark back to ancient Syria and Egypt where they were first found and adopted by man; in Europe they have been cultivated since the dawn of dyspepsia as toner-uppers and digestion smoothers...whether or not we swallow the Dutch claim that it was they who first perfected and polished off Kummel teaching the taste for it to Peter the Great when he came to Holland to learn shipbuilding, the fact remains that the Low Countries were hotbeds of cordialry of the most lush and lavish sorts, and the Russian Empire founded by large-sized pupil Peter was steeped to the steppes in his pet liqueur. Thenceforth if Vodka was the water of the Slavs, Kummel was their milk."

In his 1939 The Gentleman's Companion, Charles H Baker wrote of kummel, "A white pungent liqueur made from cumin and caraway seeds, with the latter taste dominant. A great favourite with the Russians of royal days as most of it was made in Riga, pre-Soviet. Now Germany produces most of it...Like anis and anisette, kümmel is a great stomachic, relieves pains, collywobbles, aids for digestion, and is specified in enough cocktails that it should be on the shelf of every average bar. Swans, bears, and what-not, determine the shape of the bottles, and those with sugar precipitated on the bottom are held to be best - one brand having a sugar-frosted sprig of edelweiss in the swan's neck."

Of its characteristics, the 1955 UKBG Guide to Drinks describes kummel as, "One of the most popular of all Liqueurs with definite digestive properties. It has been made in Holland since 1595, but Kummel from Riga, and Gilka Kummel from Berlin, used to be even more universally popular than the Dutch Kummel. Kummel has in its basis some highly distilled or almost neutral spirit, sometimes distilled from grain, sometimes from potatoes rarely if ever from wine. It is flavoured with caraway seeds and cumin, to which it owes its digestive qualities."

From the late 1800s right through to the 1960s, kummel was acclaimed for its herbaceous and digestive properties. Kummel was particularly popular in Britain where its success was thanks in great part to Mentzendorff. 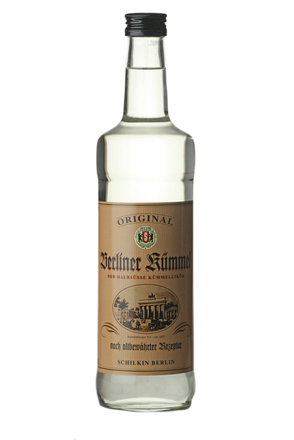 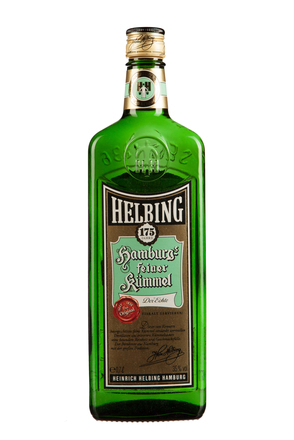