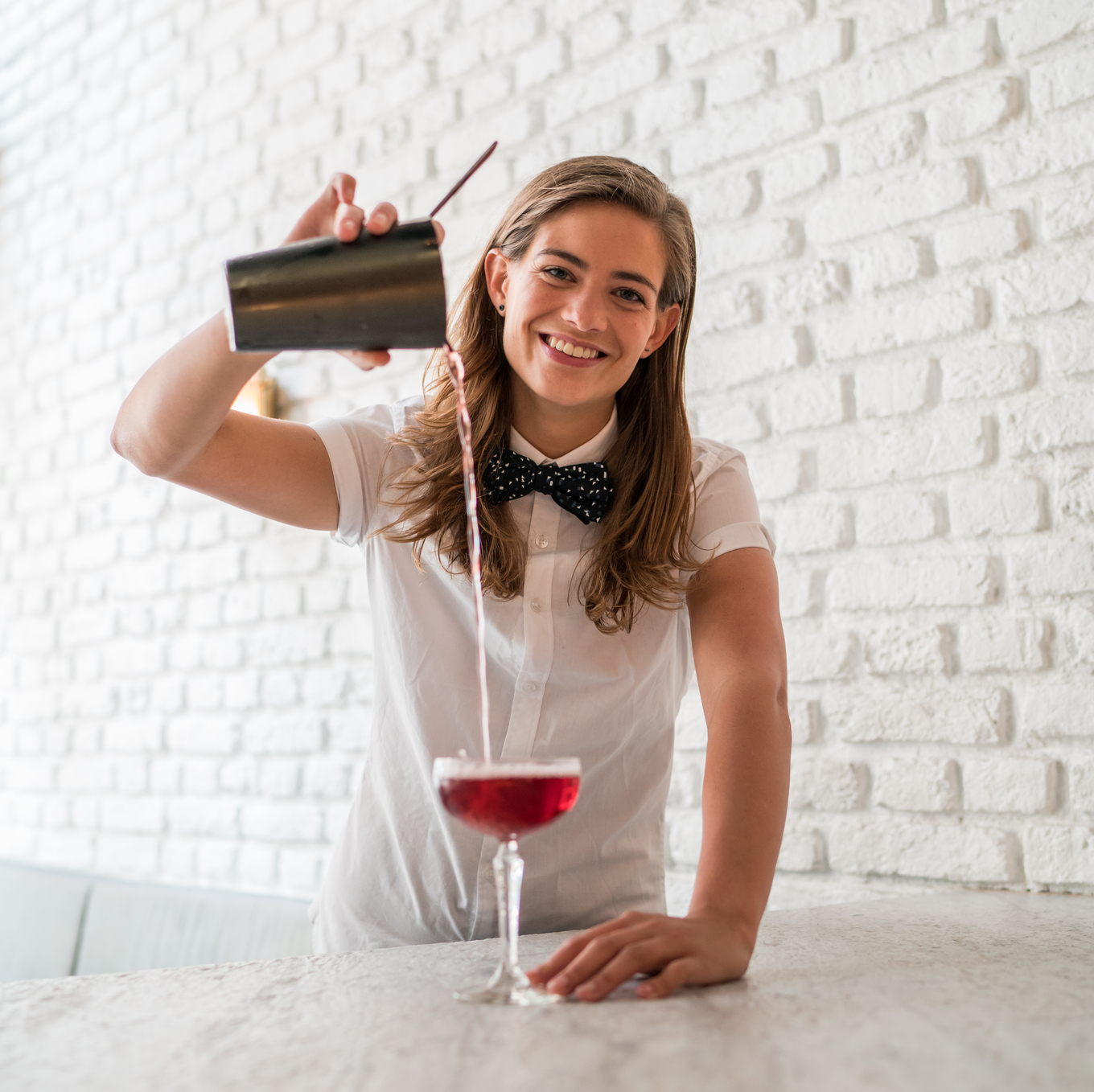 “In Holland, half of our country is below sea level, so we’ve always had this love-hate relationship with water,” says Tess Posthumus, voice husky from working the night before. “1825 was the year it all went wrong, with a big flood. But because of this disaster we started investing more in the dykes and making our country the way it is now. So it was a disaster but with a positive outcome.”

World Class bartender of the year 2015, twice nominated for International Bartender of the Year at Tales, author of Cocktails met Tess, cofounder of Amsterdam Cocktail Week, one half of the duo behind Difford's Guide Netherlands, and a regular in Dutch magazines, Posthumus is Europe’s highest profile female bartender. In December 2017, she opened her first bar, Flying Dutchmen Cocktails, with business partner Timo Janse to further their shared mission of building cocktail culture in Amsterdam.

The name of Flying Dutchmen Cocktails is a nod to the Netherlands’ watery past, when Dutch sailors travelled the world bringing spices from what is today Indonesia, and this tiny flat land on the fringes of Europe owned colonies from the Caribbean to South Africa and beyond. “The Flying Dutchmen is a myth of a boat that travelled round the Cape of Good Hope and disappeared,” Posthumus says. “It turned into a ghost ship with the captain on board.”

And Posthumus’ drink, a complex blend of fruits and aromatics, pays tribute to colonialism’s complex heritage, albeit with a name borrowed from 2017 movie The Shape of Water. “I wanted to put something Dutch in there as well as Cherry Heering, because the story is about a Dutch historical moment,” she says. “Bols Barrel Aged Genever is the only barrel-aged genever at the moment that’s still exported internationally.”

Speculaas, too, made with the spices Dutch ships sailed to Indonesia to secure, is thoroughly Dutch. “It’s kind of like a gingerbread spice mix, a very traditional Dutch winter spice mix that we use to make cookies,” Posthumus explains. “I made a syrup out of it then added a pinch of salt to put it all together and give a little wink to the salty sea.”

Like so many bartenders, Posthumus stumbled into her career while at university. Unlike most bartenders, she managed to incorporate her work into her studies. “Officially I’m a sociologist. I wrote my thesis on genever and the effect of globalisation, for sociology,” she says. “For my media studies thesis I wrote on James Bond’s drinking choices, in the movies and the books.”

In between counting martinis and researching genever, Posthumus worked at a range of different venues before landing at iconic Amsterdam speakeasy Door 74, where Janse, who is now her business partner, mentored her from waiter through to bartender. “We left together, Timo and me, to open this bar: it felt like the end of an era,” she recalls. “He was there for nine years. I’ve been there for eight. It was definitely time to move, but we’re still good friends.”

Despite that long working relationship, and the fact that they’re now co-owners of a business, Posthumus and Janse don’t see as much of each other as you’d expect. “We try and split up the physical work in the bar: that way each of us can be there four days a week,” says Posthumus. “We closely stalk each other on the phone, but when I’m working in the bar, he’s in the office doing administration or having emails or doing meetings, so we split it up a lot.”

For all Posthumus’ creativity, she is, like Janse, passionate about education and feels that bartenders both in Amsterdam and globally need a solid foundation in the basics. “The concept of Flying Dutchmen is very much written for education,” she says. “During the day, we want to teach and train and do workshops, get international bartenders to come over and do shifts. At night, we want to have a very classic focused cocktail menu, without any crazy signatures. We want to teach people how to walk before they start running because otherwise they go flying.”

Posthumus would ultimately like to see Dutch drinking culture embrace cocktails, a goal she’s working towards with her radio slot, magazine journalism and book. “I’d love to make it more mainstream, because alcohol is not healthy, so I’d rather have people drink a cocktail or two and really enjoy it than a couple of very cheap glasses of supermarket wine,” she says. “Better to really enjoy it and have a day of not drinking alcohol than drink a couple of glasses of cheap bad wine every day.”

On their day off, after all, they can always stick to water. 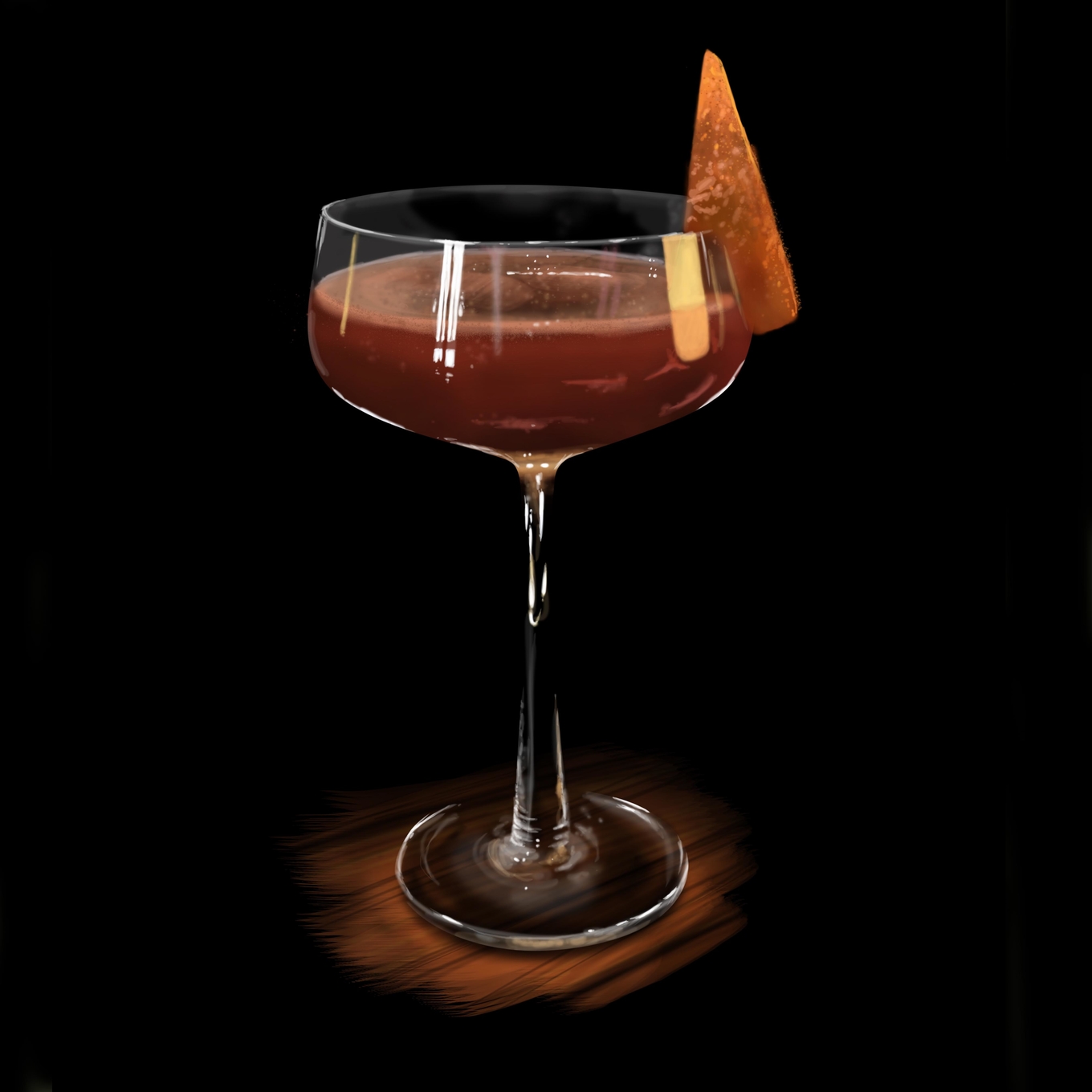 The Shape of Water

Mix all of the gum arabica with 1000 gr sugar.
Dissolve gum-sugar into 2000 ml of water over heat.
Don’t let it come to a boil. Strain and set aside. This is your gum syrup mix.
Toast the spices in a large pan.
Add 1000 ml water and 2000 gr of sugar. Dissolve sugar into water over heat. Don’t let it come to a boil. This is your spiced syrup mix.
Add the spiced syrup mix to the gum syrup mix.
Heat again and add the final 3000 gr of sugar. Let it dissolve and cool back to room temperature.
Strain and pour into a measure jug.
Fill the required number of squeeze bottles, label them and store in the bar and the grey tray in the walk-in fridge.
Fill the required number of vacuum bags with the required millilitres syrup each, label them with syrup name in the upper left corner and date in the upper right corner. Store in the assigned grey tray in the freezer.