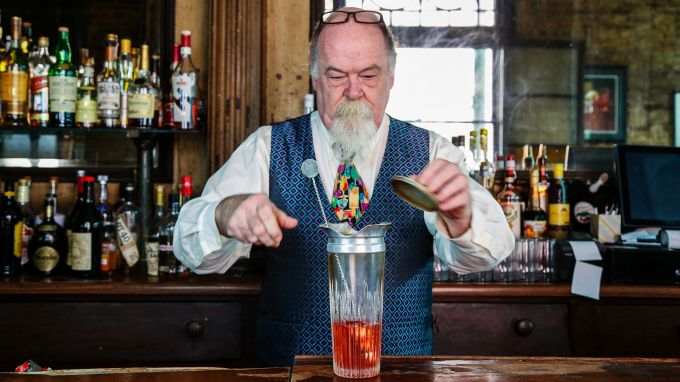 On Wednesday night July 18th, in the prelude of the cocktail madness that is Tales of The Cocktail there will be a very special Genever Night hosted at Tujague’s Restaurant.

Tujague’s is one of the the iconic New Orleans venues in the French Quarter that literally breathes cocktail history. And so does the legendary New Orleans bartender of this evening: the Dutch-born Paul Gustings. He will be bartending alongside Lennart Deddens, the bartender from the north that bleeds genever and breathes bartending.

Paul Gustings
Gustings is well known for perfecting the Saceraz,cocktail for decades, and many other classic New Orleans classics to go with that. Described as a blend of a silver bearded wizard and a biker, Gustings’ is often described as ‘the bartender that doesn’t smile’. A rough and oldskool bartender making incredible drinks and telling an unlimited amount of incredible stories: you don’t want to miss this night!

Lennart Deddens
This Groningen-based bartender is one of those Dutch industry-icons everyone knows. If for some reason you don’t - maybe because you have been hiding in your basement for the past ten years or you truly, madly, deeply HATE genever - here’s a quick intro. Or you can stop reading this.

Lennart has been bartending for over a decade, in Belgium at the famous hotel-cocktailbar of The Domenican in Brussels, set up and ran the bar and distillery at Mr. Mofongo and been working for Hooghoudt Genever, both in his hometown Groningen. In 2017 he started Boilermaker with two of his best friends, a company that develops concepts, events, mobile bars and cocktailcatering for both the craft spirits and craft beer industry.
You might remember their concept ‘Genever District’ on last years’ Bar Convent Berlin or this year’s VENUEZ Antwerp. 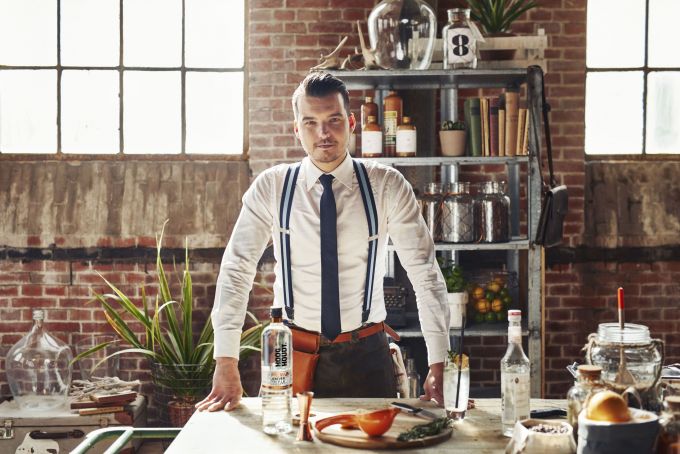 Lennart’s story:
“A few months ago I was reading through some of my regular drinks business related sites, punchdrink.com being one of them. This Bar Review areticle https://punchdrink.com/articles/iconic-new-orleans-bartender-returns-tujagues-restaurant-new-orleans/
was not specifically about a bar but about iconic, legendary New Orleans bartender Paul Gustings.

It was a name I heard before, also from Dutch colleagues visiting Tales of The Cocktail and ended up having a Sazerac from Paul. While reading about his return to the legendary cocktailbar of Tujagues restaurant I found out that Paul Gustings was originally Dutch.
Since in spend a whole lot of time promoting the Genever category, I immediately send a message to some of our (Boilermaker’s) Genever clients saying: If you want to do something cool for our category, get in touch with this guy!!

Long story short, the planning amongst the genever brands who are attending this year’s Tales of the Cocktail where already made (The genever category is kicking off their ‘Genever – America’s lost European Spirit’ campaign featuring Rutte, Bols Genever, Notaris, Bobby’s Jenever, De Borgen and Smeets, Smeets and subsidized by the European Union).
But, reactions on the iconic New Orleans bartender with Dutch roots were enthusiastic. For me, as a self-profound genever ambassador the idea of spending a night behind the stick with the great Paul Gustings making genever drinks sounded truly magical!"

Lennart continues: "So when the folks of De Borgen Genevers, the export brand from Hooghoudt distillers (Groningen) wanted to support this, I've send Paul an immediate message on Facebook. He responded: 'totally up for it!'.

Nik Noordermeer from House of Herman Jansen (Schiedam) also wanted to join with Bobby's Jenever, Notaris and he told me the guys from By The Dutch where also keen. Enough Dutch genever pride to get me started so I immediately made plans for an amazing genever night with Paul. During the night there will be tasty potions fueled up with genever from Bobby’s, Notaris, De Borgen and By The Dutch. 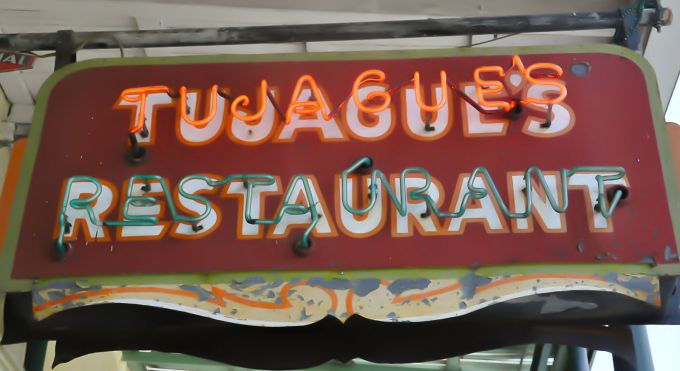 I think next week’s Genever Night will be a great way to kick off the Genever take over in New Orleans – and the world!"

Well... If you’re going to Tales of the Cocktail and you’ve already touched down in New Orleans on the 18th of July, check it out , celebrate genever and stay late.