From Tea Tales to Teatails: Houjicha (3) 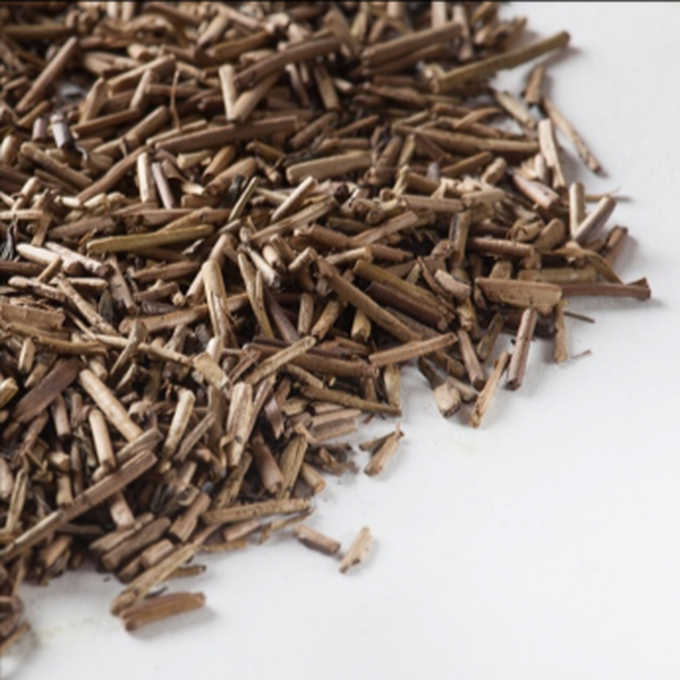 Marlijn, tea sommelier, and Timo, master of the cocktail, join forces to bring you the ultimate tea-cocktail merger experience. Dive into the depths with us!
This time we are venturing into Japanese territory by introducing you to a crowd favourite: Houjicha.

Unlike the Chinese or the Taiwanese, the Japanese don’t have very colorful myths or legends surrounding the origin of their teas. Instead, we will use this space to give you a very short introduction to Japanese green teas.
Although experimenting with oolong and red tea is now very much happening in Japan, green tea is still produced much more widely.

The introduction of tea in Japan can be dated back to the 12th century and is largely credited to the Zen scholar and monk Esai, who brought back tea seeds and spread the word amongst the samurai and across all of Japan. Although the first plantations were founded in Kyoto, now only 3,5% of tea is produced in that region. Green tea from Japan differs from Chinese green tea in that it is typically steamed, instead of roasted to stop the oxidation process.

The invention of so-called “shaded” tea in the 16th century, proved very important for the development of Japanese green tea. The tea bushes are covered by nets, or shaded by trees, in order to control the amount of UV light that is filtered through. 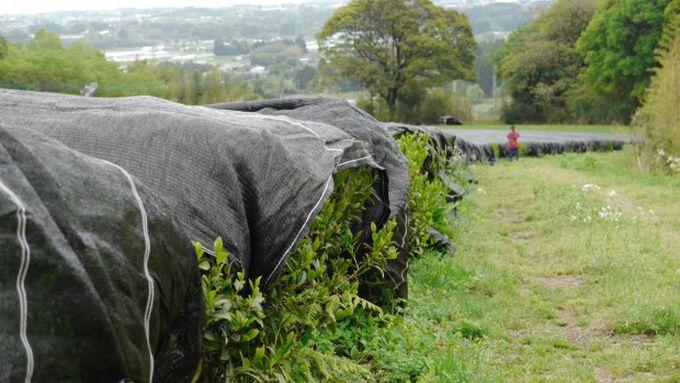 The shading changes the composition of the leaf, it increases theanine and caffeine, and decreases bitterness. It lifts the sweetness of the tea and the leaves turn a very intense, dark green. Three types of qualities are generally distinguished: unshaded green tea (Sencha tea), half- or part-shaded green tea (Kabusecha / Kabuse Sencha tea) and fully shaded green tea (Gyokuro tea).

Other than shading, harvest period and leaf grade are important measures for defining the quality of Japanese green tea. Just like in China, spring harvest teas are considered the highest quality. In terms of leaf grade, the main difference between the two is that in Japan, much of the picking is done by machines instead of by hand. The grade is then determined by the how deep the machines will cut. Sometimes, farmers will handpick small batches to be able to present special quality teas in national or international competitions.

In future cocktail experiments, we will definitely make use of some shaded, unshaded, deep steamed and other Japanese green teas, as they give a very distinct and interesting twist to a cocktail. But this week, we are starting with the odd one out…

Houjicha the odd one out

The process: Houjicha
Houjicha is made from the stems and twigs of Bancha tea, the later pickings of the season after the first and second harvests. It is technically a green tea, which is roasted after steaming. Originating in Kyoto, somewhere in the early twentieth century, it was first introduced by tea merchants who roasted the tea twigs and other “debris” of the mechanical harvest over charcoal fires. The mellow, round, nutty flavor proved popular and a new variety of green tea was born, albeit brown in colour. Thanks to the roasting this tea typically has beautiful tones of caramel, walnuts and earth, paired with the creamy undertones typical for the green tea. Its mellow flavor lends itself well for ice tea, as well as a perfect companion for both sweet and savory meals.

For the Teatail we are using a few specific elements of this quite unique tea.

first off, the intense flavors of this tea lend it very well to pair with other intense ingredients.

Second its savory elements work great with dried spices, giving way to the : 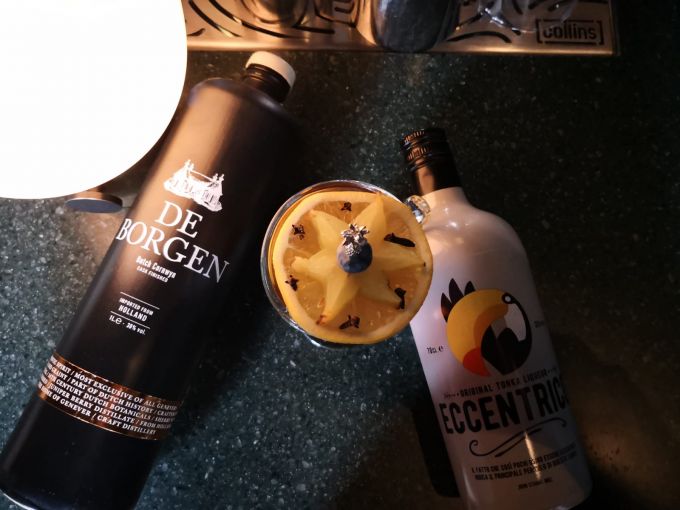 In a heat resistant mug, add

and heat this mixture using a milk foamer or microwave.

Cut a slice of orange, stick 6 cloves in it, and skew a slice of star fruit and a blueberry.

Add two grams of Houjicha and 200 ml of 90 degree hot water.
Steep for 3 minutes, take out the tea and give a quick stir. Enjoy!