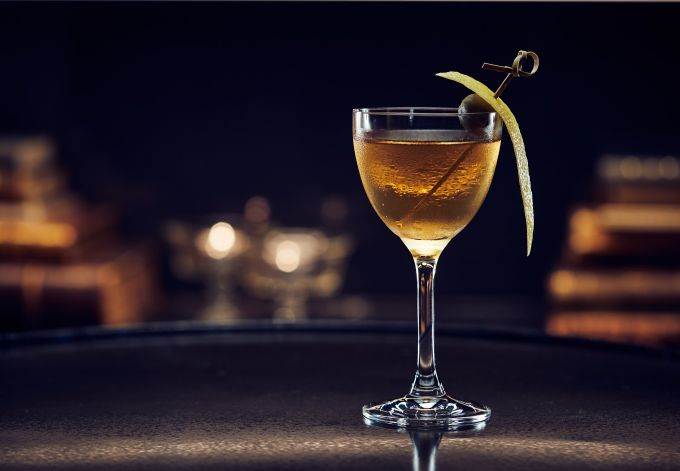 The cocktail menu takes you on a creative journey from the Italian Aperitivo in the early 1900’s to the 1920’s glamorous Paris nights to forgotten Cuban classics from his famous Havana period. 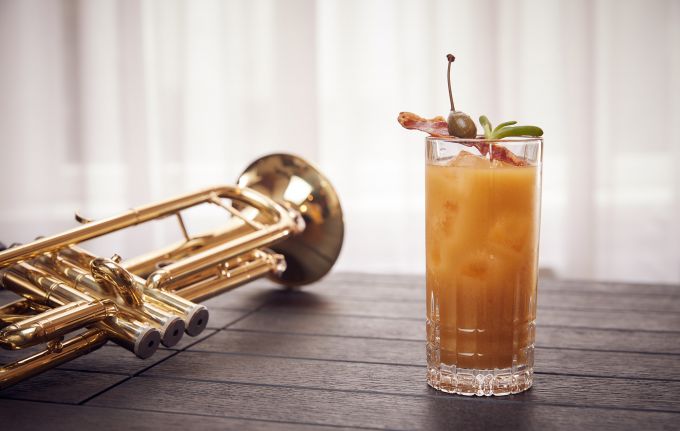 Talapanescu: "For our 4th menu, we took inspiration from the legendary life of Ernest Hemingway. From his time spent in Italy during World War l to the late glamorous nights in Paris in the 1920s, and later from his stop in Cuba and perhaps his most famous book 'The Old Man and the Sea'.

After the menu’s inspired by Scott Fitzgerald and the Great Gatsby it seemed like a logical step to take a closer look at the great Ernest Hemingway for inspiration.

Hemingway was a Pulitzer Prize winner, and a representative of the same notorious ‘lost’ generation as Fitzgerald and Gatsby.
Hemingway had a strong connection with the local bar scene wherever he was, and while researching his life, writing and travels he appeared to be and endless source of inspiration."

A farewell to arms
Three categories mark the new cocktail menu, the first one is called A Farewell to Arms, named after Hemingway’s semi-autobiographic novel about his time in Italy during WWI. It’s the first chapter of the cocktail menu, with easy drinkable aperitivo inspired-cocktails. I loved The Silver Medal and Martini in Reverse, but the most interesting drink is the Love Letter Cobbler.

The Love Letter Cobbler is a take on a Sherry Cobbler, with rose petal infused Fino sherry, Pekoe Jasmin-tea liqueur, melon puree and Peychaud’s bitters on crushed ice. It’s a drink you have to taste. It’s complex, dry, nutty, herbal, fruity, fresh and light. The name and the rose petal-infusion are a reference to the love letters sent by Hemingway’s beloved Agnes. One of many, but very close to his heart. 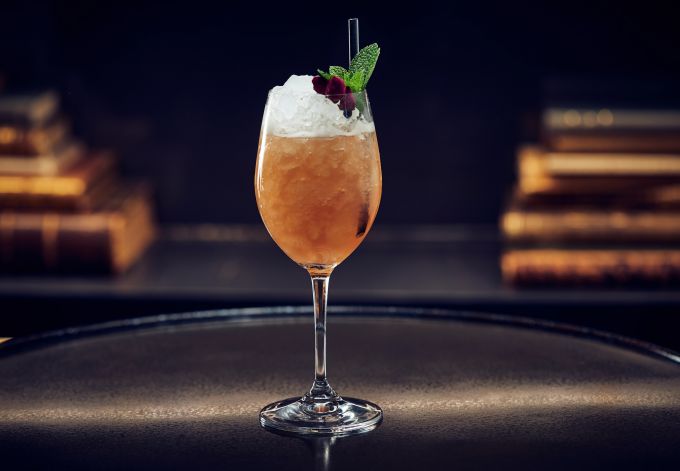 The Lost Generation
The second section of the menu was The Lost Generation; the nick name for the American elite of artists, actors, musicians and writers living in 1920’s Paris. Hemingway, like Fitzgerald, was one of them. Great drinks mark this section, be sure to check out the Gazpacho Snapper as a hearty starter slash tasty hang over cure.

The Expat Sazerac is a mind-blowing take on a Sazerac, twisting everything from the Americas and Europe. Think pistachio oil fat-washed Talisker Storm, Yaguara Cachaca, salted caramel syrup, Peychaud’s bitters and salted Absinthe. Presented in quite a spectacular serve. 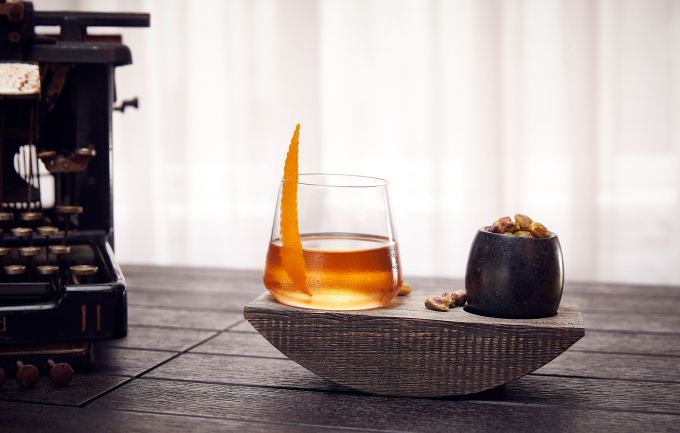 Combine everything in a mixing glass, add ice cubes and stir to -2 degrees Celsius, strain in a pre-chilled small tumbler and garnish with an orange zest.

The Old Man By The Sea
The Old Man by the Sea is Hemingway’s Pulitzer prize winning novel, written and based in Cuba. This section is full of adventurous rummy cocktails, of which the El Comandante stood out at the first sip. That having said, make sure you taste the Santiagio Collins and Cuba Libre Fizz as well.

El Comandante is Pulitzer’s Bar’s take on the iconic rumcocktail El Presidente. The drink combines Zacapa 23 rum, William George rum, Moscato, Orange bitters and spiced syrup. A killer of a drink, the type of drink you sip on and enjoy while overthinking your sins. It’s intense, it’s bold, it’s sweet, it’s smooth and there is a sublime balance and a ridiculous amount of flavour in a tiny glass. 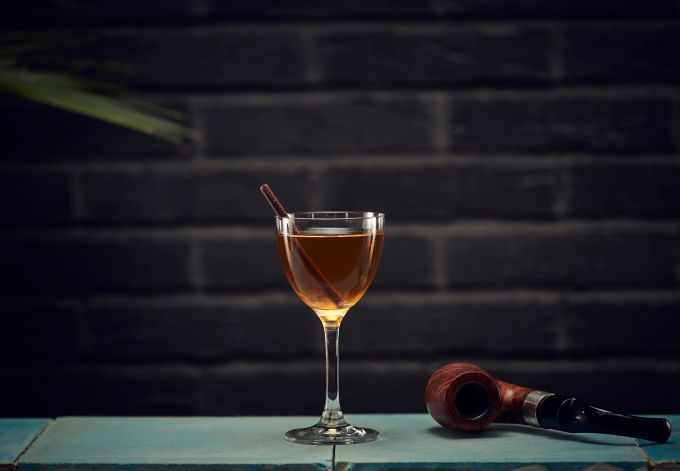 Combine everything in a mixing glass, add ice cubes and stir to -2 degrees Celsius, strain in a pre-chilled Nick&Nora glass and garnish with a chocolate stick.

Timeless Classics
The team at Pulitzer’s Bar subtly twisted some of their most ordered classics, drinks that will never leave you unfulfilled. These guys make a banger of a Hemingway’s Daiquiri, to stick with the theme. 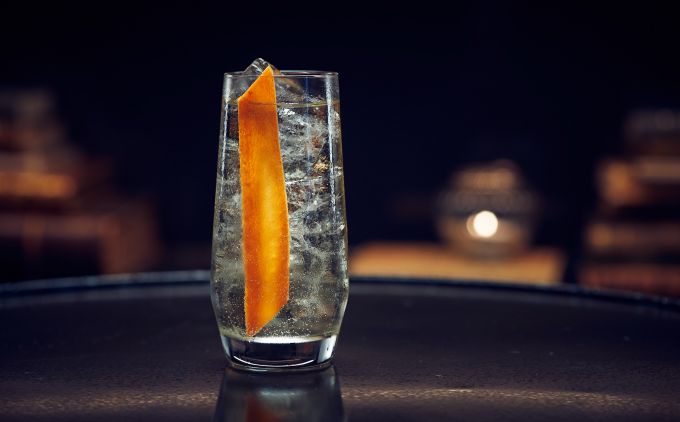 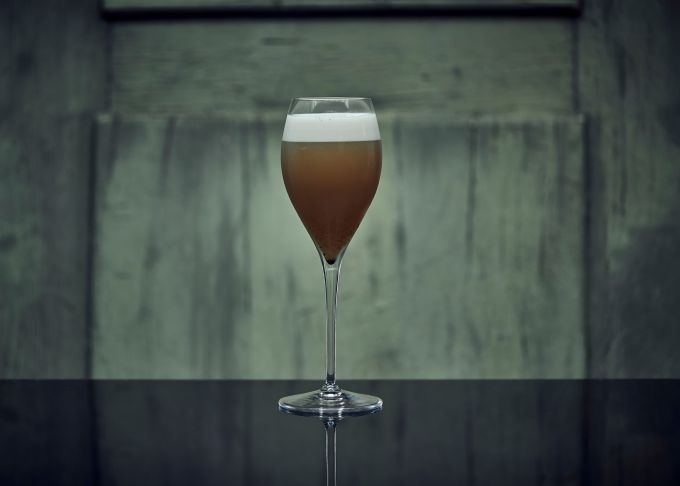 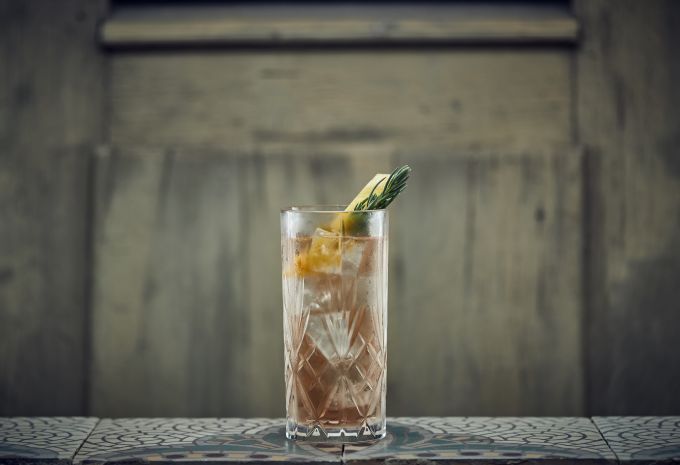