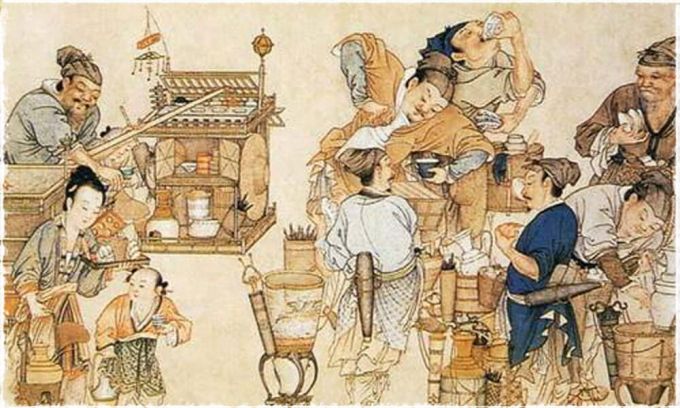 Marlijn, tea sommelier, and Timo, master of the cocktail, join forces to bring you the ultimate tea-cocktail merger experience. Dive into the depths with us!

This time we dive into the category of perhaps the most delicate of teas: White Tea.

White Tea vs the others

Thus far, we have touched upon a few famed and well-loved categories in the tea industry and beyond: green tea, and increasingly, oolong tea.
This time, we thought we’d shine some light on a somewhat underrated and underused type of tea (especially in the cocktail industry): white tea.
Before we talk about our white tea of choice, we would like to give just a little bit more insight into what distinguishes white tea from the other types.

As we mentioned in our introductions to Green Tea, and Oolong tea, all tea comes from the same plant, the Camellia Sinensis. What makes a tea green, black or white, is the way the leaves are processed.

And truth be told, we do not need to dedicate a whole separate article to the subject, because the processing of a white tea leaf is incredibly simple! The whole idea behind a white tea is to preserve the beautiful, delicate leaves of the plant, and to cultivate the process in such a way that the refined natural flavors stay intact.

So the leaves are usually only wilted/withered, and then dried, often out in the sun, until about 3-4% moisture is left. There is usually a small amount of natural oxidation happening, but only minimally so.

As you can imagine, there is not much processing to hide behind, so the quality of the leaf becomes a prominent factor. The picking of white tea is done carefully, and generally, we distinguish between a few qualities:

This time, we are having a closer look at one of these new style white teas.

Bai Mu Dan, or White Peony, consists of one big bud and two leaves. It is mainly produced in Fujian, Fuding and in Zhenghe, China.
So why White Peony, you may ask? Leave it to the Chinese to come up with another fanciful legend to fit the name! 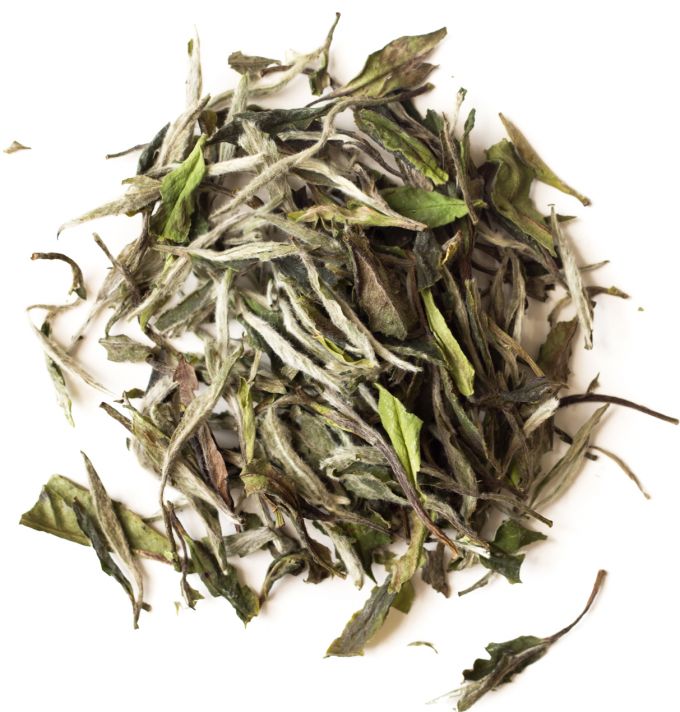 In the time of the Western Han Dynasty, between about 200 BC to 8 CE, a man called Mao and his elderly mother lived in mountainous forest. Once, when strolling around the mountain, they smelled a beautiful, intense aroma. They found the aroma to come from eighteen pink peonies, growing on the lotus lakeside. Time passed, and Mao’s mother fell gravely ill.

In a dream, a holy being told Mao that the only thing to cure his mother, would be a potion of young tea, and carp’s meat.
Mao quickly managed to catch a carp, but in the height of winter, struggled to find the sorely needed tea. But behold, a miracle took place! When Mao came by the lake, he found that the peony bushes had turned into tea plants, covered with fresh leaves. He collected the buds and leaves, prepared the potion with the carp, and his mother made a miraculous recovery.

Mao noticed that the tealeaves of his concoction resembled expanded white peony flowers, and therefore, called it White Peony.

There are two main tea cultivars used in producing Bai Mu Dan are called the “Dai Bai” varieties of tea.
They create two distinctly different and unique styles of White Peony tea: the Fuding variety and the Zhenghe variety.
Science argues that this type of tea is very beneficial for your health, as it contains about 30% more polyphenols than other teas.
The traditional, Yinzhen variety carries even more. The colour of a brewed Bai Mu Dan is light apricot, the flavor profile is mellow, yet slightly earthy, with a floral finish.

amount depends on your application, for a cocktail, use about 12 grams per liter. Keep temperature between 85 and 90 degrees Celsius, brew for about 4 minutes. You may extend this brewing time, but make sure the water temperature is accurate to avoid extracting too many bitters or astringency.

Timo "As i get deeper into this delicate tea, one drink keeps popping to mind.
The Bernice Royal is one of the most classic vodka cocktails, and always surprised me with its simple highlight of the flavors involved. Wine and champagne are common combinations white white tea, and who am i to argue with that?

I wanted to highlight the herbal tastes in the tea without any trace of bitterness. Additionally considering the lightness of flavors i did not want to over dilute the tastes Therefore i chose for a room temperature infusion, also because my interest was peaked recently in the masterclass we did about tea in cocktails discussing tea infusions.

*Add 10 grams of White Peony tea leaves to 1 bottle of Ketel One vodka. Shake bottle occasionally and wait for 4 days. Strain and use.

shake all ingredients except champagne over ice cubes and fine strain in pre-chilled flute.
Top up and garnish with one sprig of fresh oregano. 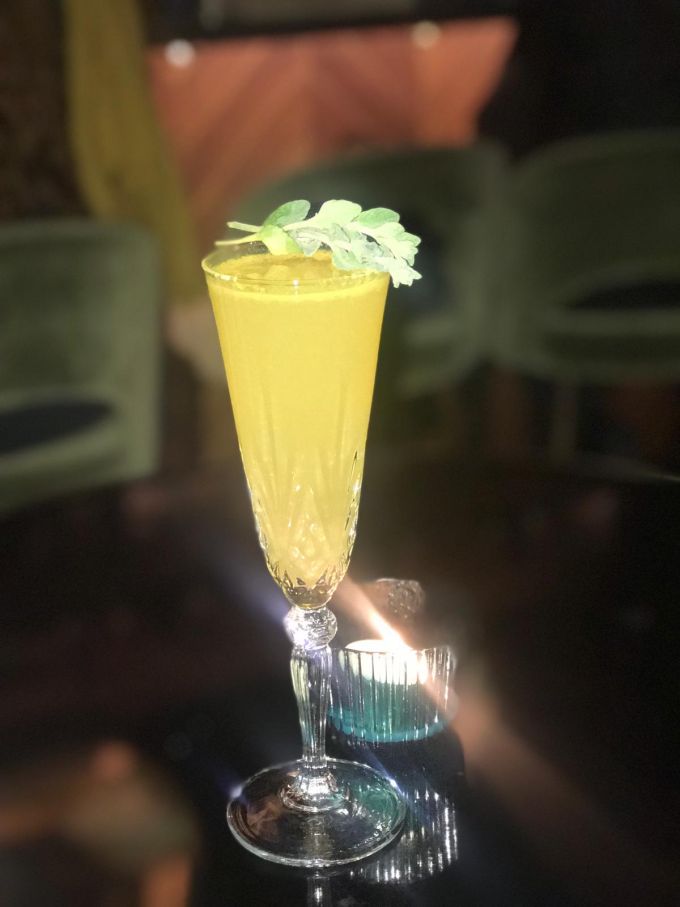