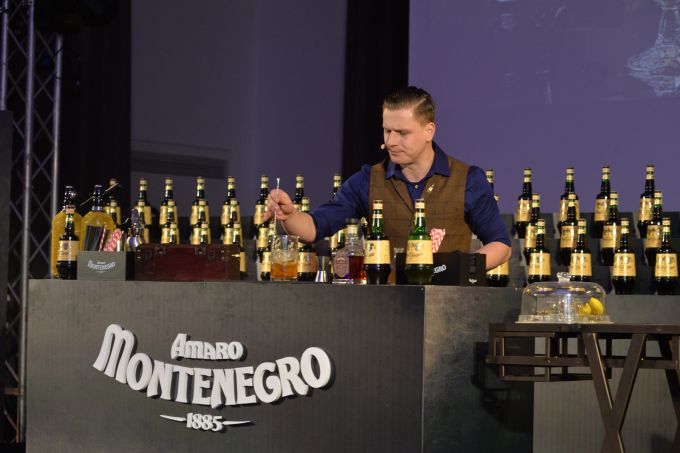 A rising star in recent years, we talk to Lucas Sedlmaier of Rosalia's Menagerie. After we enjoyed his performance and drink in the Amaro Montenegro competitions we were able to ask him a few tough questions.

Tell a bit about your early aspirations for your career. What did you want to become in high school/university? And where did it go wrong? Haha nah kidding, when did you decide to pursuit a career in bartending?

"I knew I wanted to be a bartender since my early age. When I was young and left alone I'd mix some stuff together, usually liquids in my grandma's kitchen, but I remember of one concoction with bread crumb as well... haha.

Logically I went to hospitality high school where I've got my first bartender course as well, but besides working in my friends pub or making some mojitos at my early jobs I've got amazed by high end hospitality, so I've grew more into a waiting tables.

And I was really good at it... I've quickly made my way into some of the best establishments in Prague but as quickly as I've raised that quickly I've got tired of it. So there was a need for a new challenge, bartending."

What was the first you worked in, how did you start (barback/runner/waiter etc)?

The level of mixology wasn't really high but I was lucky on my fellow bartenders, one quick-on-his-feet smooth talker and another retired professional who was looking for a slow pace bar. The best mix...

After a short while I was ready for a change, so I moved to New Zealand. From banquets to leaving the country it took around a year and half..."

Was there a decisive moment in your career where you noticed you really followed a dream or a vision? Maybe a masterclass you were given, something that opened your eyes etc.

"After a little struggle in New Zealand, my language and bartending skills were
-when I look back now- actually very bad, I've got my self a job in this fine dining restaurant opened on 53rd floor of Auckland's Sky Tower by Peter Gordon, called The Sugar Club.

I was hooked, fine dining service with high end cocktails. I was hooked by the techniques, flavors, manners...a whole new world of bartending. The first six months of this job I've spend, daily, hours of my time in library to try to catch up with my colleagues and learn how to master my knowledge in foreign language... It was amazing."

Do you have any big inspiration bartenders you see as an example?

"Soooo many... I'm like a chameleon, if I see something and I like it, in anyone, I'll interpret it in my own way. For example my bar spoon flair comes from a watching a drummer!"

What is the cocktail you like to drink above all others? And any guilty pleasures?

"Rye Mint Julep, any-given-time. Unless it's Daiquiri o'clock. Guilty pleasure ? My consciousness is clear, I'll drink whatever and whenever I feel like it... If you as a bartender want to judge it, it's your call. "

What is the recipe of your -almost- winning Amaro Montenegro cocktail?

"You're lucky my MonteBaTo can't hear you – all my cocktails are winners. Haha
It's a twist on Toronto. So there is a healthy amount of amaro montenegro 50 ml, 20 ml rye whiskey, 2 dashes of absinthe and 10 ml of cumin - umeboshi syrup. The whole concoction is stirred and then rapid infused with banana peel, strained and served, altough I highly recommend to let it rest for at least a week in a bottle in the fridge before serving.

Also, I won't include my recipe for the cumin – umeboshi syrup. If you want it, look me up on social media - kindly ask... Just so you know Mr. Ingmar Voerman called it insane, however neither from his face expression I could tell if it's a compliment. But I've made it to the globals so I guess it was a compliment!" 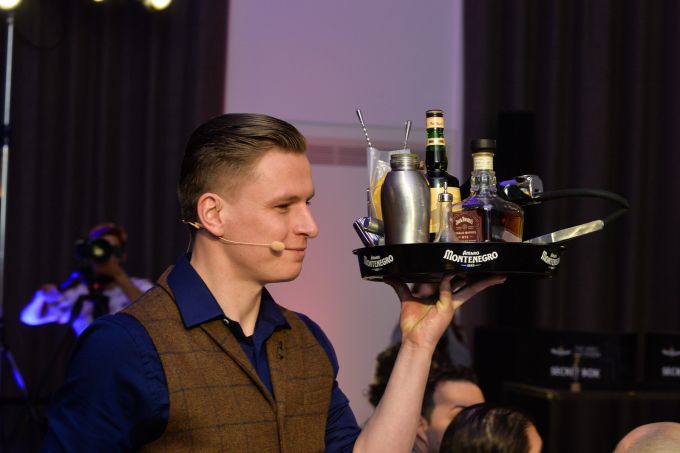 What was the idea/inspiration behind this cocktail?

"The day before this “make a twist on an amaro cocktail “ competition kicked off we've been talking about Toronto in our bar – I didn't go a great length there. Haha For the rest, some inspiration in sustainability and some trick in my sleeves to make it personal and voila."

Did you do anything special to prepare yourself for this competition?

"Absolutely, English is my second language so writing tailored speech is always a must. Also, I'm glad to be part of such an amazing team of Rosalia's Menagerie, we've been in it all together.

They've listened, they've tried and before the globals they've invited over to our bar Ciro Adriano de Georgio and Andrew Nicholls who checked on my speech, my body language, preparation schedule and all the details to make sure my speech ( infomercial ) is on spot. In one moment it felt more like an acting session than preparation for a cocktail competition, but it was worth it. Thanks again everyone.

It got recognized by some of the most incredible people from industry."

If you want to be remembered by any quote, what would it be?

"Well, I do say “ Let's do this “ rather often, but I also believe that “bartenders do it better” . Haha
The quote which is always in back of my head, no matter of what I do, is what Albert Einstein said “ Insanity is repeating the same task over and over again.""