The Road to Legacy: Door 74 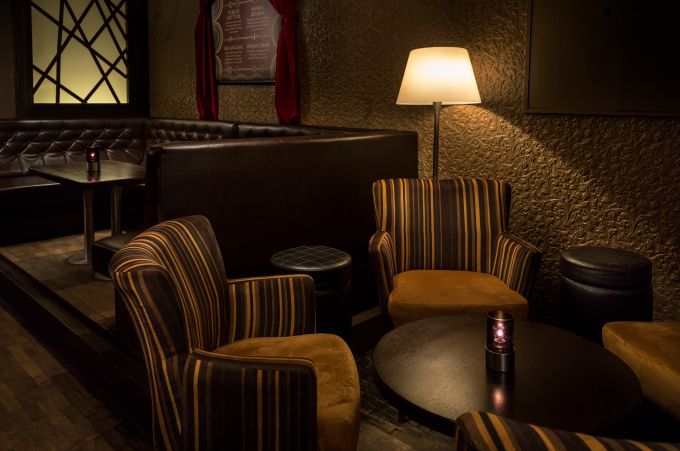 Next: The Original Gangster, when it comes to speakeasy bars. Having opened over 10 years ago, and first bar of the Netherlands EVER to have made it into the top 50 best bars of the world: Door 74.

When it comes to swanky bars, it hardly gets any swankier than this place. With its hush-hush attitude, reservation policy and no-window darkness, it is the stuff of late-night legends.

Notoriously hard to get into on the weekends, perhaps more people CLAIM to have been there than actually have!

As a bar it is also capable of moving between all-out mayhem, and a pure quality relaxed night by the flick of a wrist and a quick shake and a stir, all while boasting an impressive back bar with creative spirits, mixers and ingredients.

Many of the legendary bartenders and lady-bartenders have started their career here, and many still are, including several former Bacardi Legacy finalists.

The man holding the scepter here Is Tim Lefevre. Born in Belgium, he was quickly adopted by the Dutch bartend scene as its favorite neighbor with his southern hospitality, smile and positive enjoying demeanor.

Especially for the Bacardi Legacy Week, he pulls out all the stops and gives us what we can only describe as a smile in a glass.

Tim: “Bawaru was the father of Seasons. Every year when the sun would come out, it would make everything look a million times more beautiful. Summer was responsible for this. She was the most beautiful of all his children. She was actually so incredible to look at, it made her older sister, Winter, very jealous of her.

Winter was the opposite of Summer. Being the oldest child, she was neglected by her parents, which turned her into a very dark and cold person. Out of jealousy she cursed Summer, so every person that stared at her, would turn blind. Summer felt incredibly guilty because of this event that she hid inside the palace where her family lived and never wanted to come out again. Unbalance covered the world.

Bawara found out about the curse, so he turned it around by creating an antidote with the freshest flavors he could find and made Summer drink it. A gentle breeze crossed the world and dark clouds disappeared. His concoction brought refreshment to all the blind, curing their sight. Bawara’s Cooler brought live back to the planet and the balance was restored.”

This brings us to the cocktail itself. Complex and unique, this is one rewarding mixture indeed!

In a longdrink glass filled with ice cubes, add:

Garnish with lacto-fermented watermelon rind, plus any shenanigans one might find. 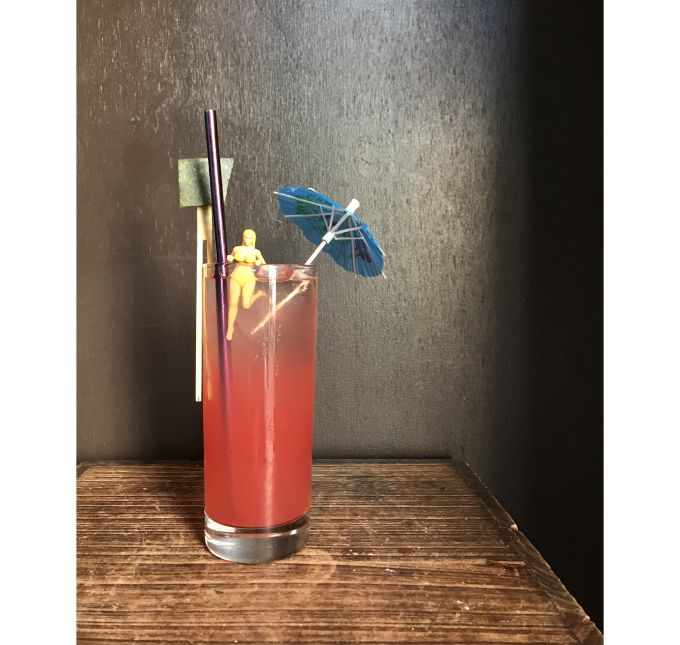 Door 74 is open 7 days per week from 6 PM-3 AM on weekdays, and until 4 AM on Friday and Saturday nights. Be very sure to make a reservation, which can only be done on the same-day via +31634045122. Also, be sure to drop by during the Bacardi Legacy Week from the 10th of May until the 17th, when there will be additional focus on the Bawaru Cooler

And, be sure to either tune in for the live stream on Facebook of both the semi-final and the final itself. Or better yet, approach your friendly Bacardi sales staff now and try to secure your seat at the final!