The Road to Legacy: Bar TwentySeven 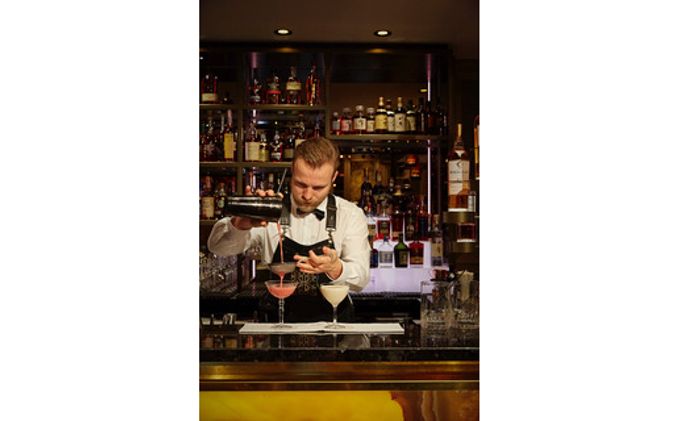 This bar, that is housed in the hotel by the same name, is pretty much as central as can be. Looking out over Dam square, it has a more boutique approach than close-by situated Krasnapolsky and W hotel.

The building also houses a diamond store and the Industrieele Groote Club. This Club, which origins run from 1788 (!), was created as a members club for people of wealth that came from a business origin instead being of blue blood.

The bar is lush, and certainly has a signature style of its owner Eric Toren, former owner of the Toren hotel, that has a similar wealthy style. As a hotel, it counts as being the most exclusive of the city, and the bar is certainly not the cheapest.

But considering the location, entourage and the company, this is a certain price one pays for the highest and finest things in life.

The man in charge here is no stranger in the international cocktail world. Eric van Beek was last year’s Bacardi Legacy winner, being only the fourth Dutch person EVER to win an international award.

His drink is not only a testament to good taste. It speaks of his entire approach to the drinks on the menu. In fact, it is more than a drink, as his vision is one of well-being.

According to Eric, it is the probiotic ability of the Greek yogurt that he aims at, and it is one of the mindful bartender. Not just of the drinks, but the general well-being of his patrons as well.

This brings us to the cocktail itself. Unexpected, with a sweet start, but rich and rewarding finish without any cloying effect that perhaps other milk products would bring. Do not be tempted to skip on the yellow Chartreuse, as it is this 5 ml that adds depth, just as it is the particular richness of Bacardi 8 that adds richness.

In a shaker filled with ice cubes, add:

Shake until very cold, and fine strain in a chilled large coupe filled with a large ice rock. Garnish with freshly grated nutmeg. 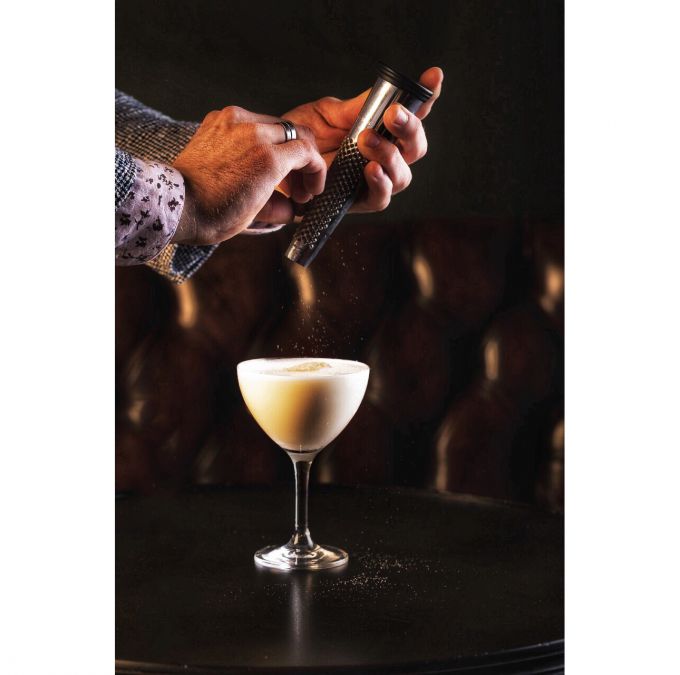 Bar TwentySeven is open 7 days per week from 10 AM-1 AM on weekdays, and until 3 AM on Friday and Saturday nights. Simply state your drink thirsty business at the reception and they will guide you up. Also, be sure to drop by during the Bacardi Legacy Week from the 10th May until the 17th, when there will be additional focus on the Cariño.

And, be sure to either tune in for the live stream on Facebook of both the semi-final and the final itself. Or better yet, approach your friendly Bacardi sales staff now and try to secure your seat at the final!