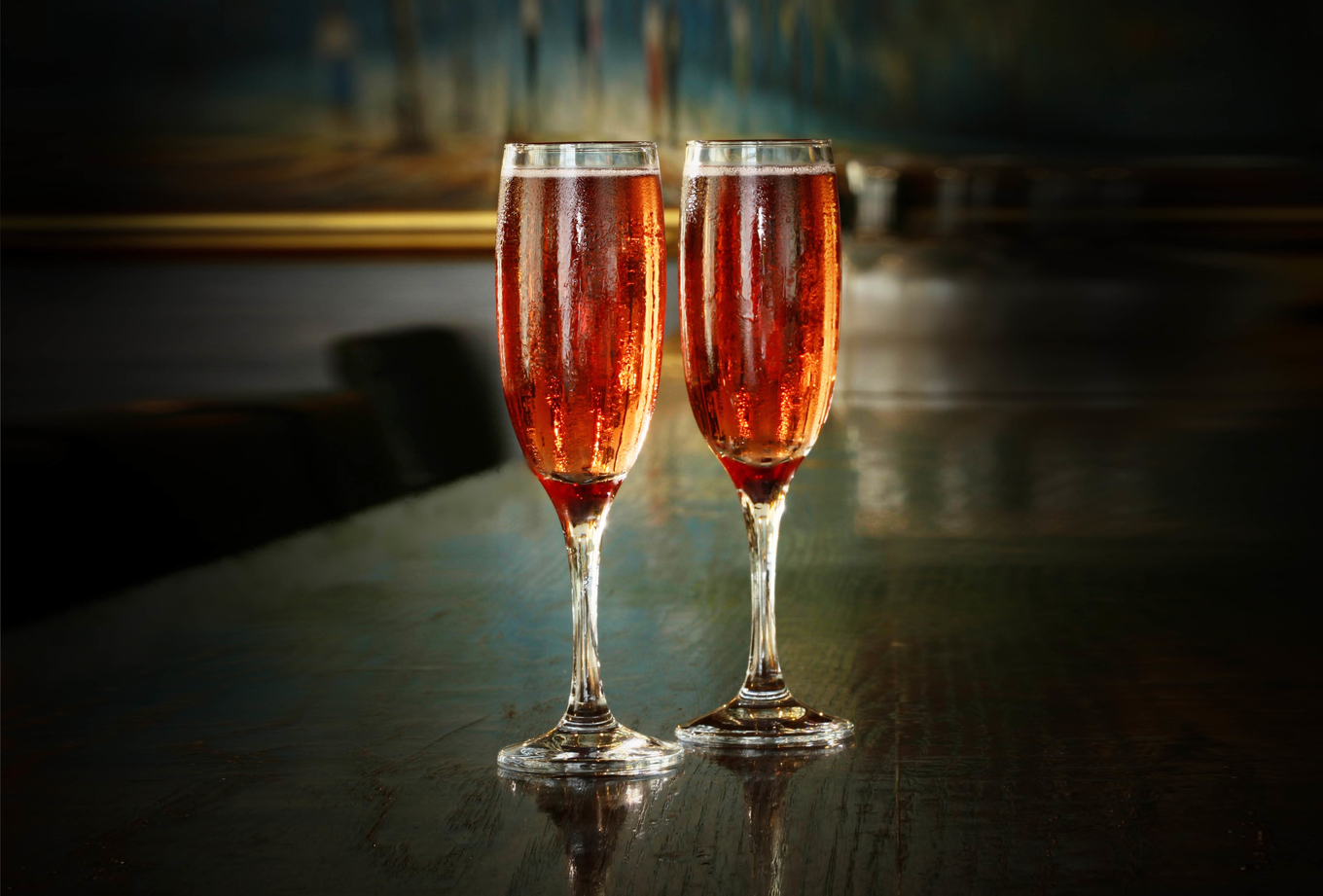 Communard/Cardinal - with red wine in place of white wine.

Kir Pîche - made with peach liqueur in place of crème de cassis.

Kir Royal Cocktail - made with Champagne.