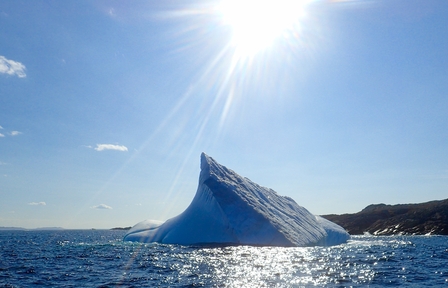 Made from ice that’s over 10,000 years old, ice that was formed way before the industrial revolution, Canada’s Iceberg Vodka is as pure as it gets. We followed its journey from the Atlantic Ocean to the bottling plant in St John’s, Newfoundland.

Each year between late April and early June Canada's east coast, between Labrador and Newfoundland, becomes the world iceberg capital as hundreds of icebergs calved from Greenland's 10,000 years-old glaciers slowly travel down 'Iceberg Alley'. The ice takes around three to four years to make its journey from the Petermann Glacier, seeing these dazzling white giants from the land and realising you're only seeing 10% of their size- the other 90% is hidden below the water- can be humbling. But getting close can be risky; if an iceberg rolls, then likely it'll take any boats nearby down with it, the government of Newfoundland say that the safe minimum distance from an iceberg is either one equal to the length of the iceberg or twice its height — whichever is greater. But for around six weeks each season, Ed Kean harpoons his craft to the side of large icebergs and starts digging with a hydraulic claw to collect the ice so that it can be melted down and turned into vodka.

"In 1995 they came up with the idea of iceberg vodka and everyone laughed; they thought everyone in Newfoundland would buy a bottle, drink it and that would be that as a conversation piece. But that's not the way that it worked out. It sold and it sold and now they sell around 200,000 cases a year and have the big boys scared." The only large-scale commercial supplier of icebergs in Canada -and possibly the world- Ed Kean's been working with ice since the 80s when he'd net chunks (known locally as 'bergy bits') from the side of his fishing boat to keep his catch fresh. Once Newfoundland's cod fishery closed in the 90s, putting some 40,000 out of work, Kean looked to the bergs for a career change. Initially he worked with the oil business, assessing what damage icebergs could do to rigs, but then switched to his current role as Canada's most famous iceberg harvester. 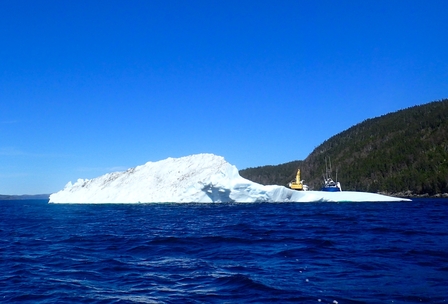 I joined him on his ship, the Green Waters, some 15 minutes away from land off the coast of Random Island, about 150 miles northwest of St John's. "We harvest from the top of the iceberg," explains Kean over the hum of machinery, as his crew swarm over the 180-foot barge moored adjacent to the boat attached to the iceberg. The hard hat-wearing crew drive the claw as it scoops into the top of the iceberg, then drops ice into the hopper where it's pulverised and then drops down into tanks. 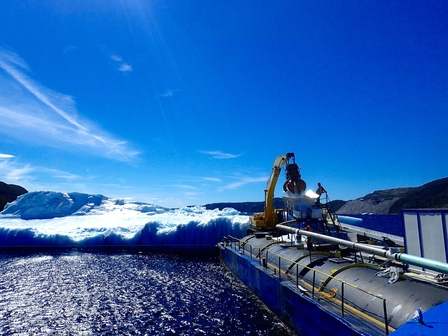 "Salt is our enemy, probably 100 tons an hour melt from an iceberg just from the salt water." It's true; when the machines are silent, you can hear the torrential water pour from the iceberg, its base frilled like swagged theatre drapes from the relentless run off. Kean and his crew work until it's an hour from sunset, time is not on the side of the iceberg harvesters, "Yesterday this iceberg was a million tons and it split into five pieces last night," explains Kean, pointing to the football field-sized 'berg. "The winds and tides will change and it'll go back up the bay and melt, if we're lucky, we'll take a bit more tomorrow." 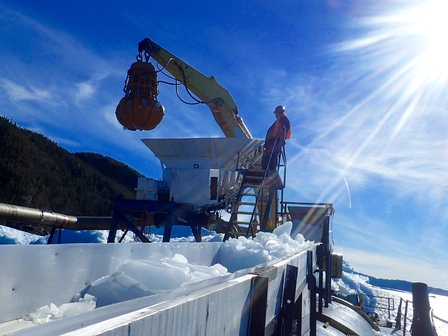 Back on dry land in Newfoundland's capital St John's, Kean's ice is delivered in 30,000 litre tankers to Rock Spirits, who co-pack for Iceberg Vodka. Rock's Quality Control Manager, Tarah Mowry reminisces about the early days of Iceberg's brand, "Ed would bring in huge chunks of ice and they'd take them down to the old Newfoundland Hotel and melt them on their big stoves in pots to get the water to make the first blends." 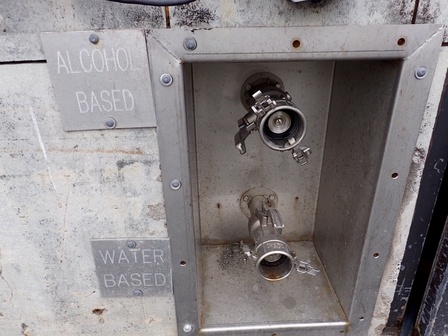 Iceberg vodka is made from a 95% alc./vol. base of neutral grain spirit (NGS) from Ontario made with peaches and cream corn, which lends the finished product a smooth sweetness. The team blends in filtered iceberg water to the NGS to reduce to bottling strength, then adds activated carbon powder made from coconut husk which is agitated for 3-4 hours and then double filtered. The carbon binds to any impurities in the mixture which leaves the vodka with the desired neutral taste and smell. 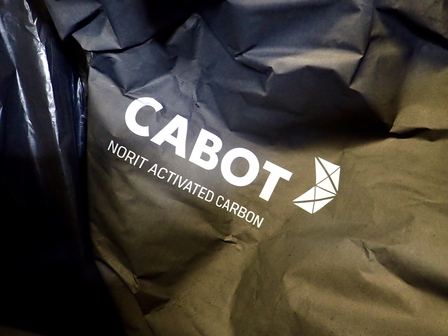 "Iceberg water is very special because it's naturally very pure," explains Mowry." We measure on a conductivity meter for parts per million of dissolved solids. St John's tap water, which is very good, registers at 127 micro seimens (MS), iceberg water is 5MS, which means that it is very, very low in minerals, metals or impurities." In a blind smell and taste test it was startlingly obvious which was which; the tap water which had previously seemed so fresh revealed an unpleasantly metallic taste and odor when compared to the iceberg water. "It's big for Newfoundland, very special." says Mowry. "Icebergs draw tourists every year and to have something that we make from those icebergs is very special. We're proud to do it." 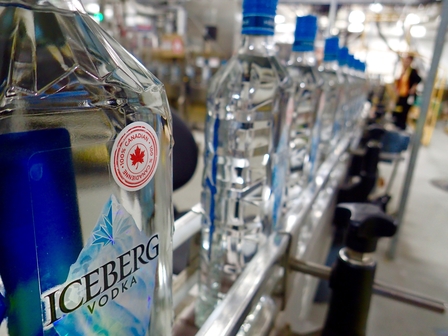 Nikki Bayley was a guest of Newfoundland & Labrador Tourism and Destination Canada. They did not preview or approve the story before publication. 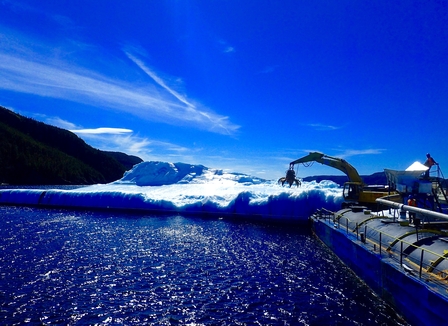 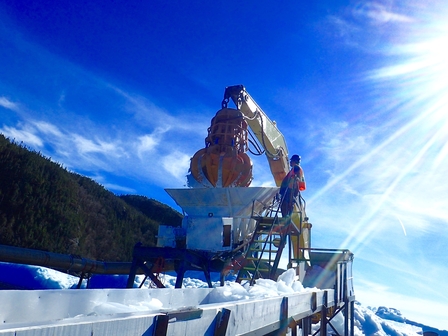 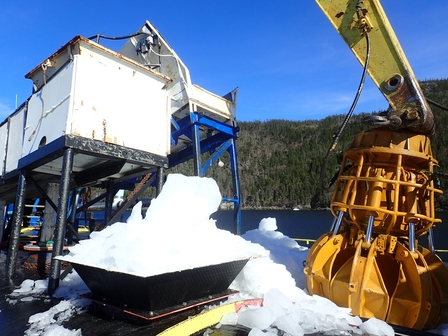 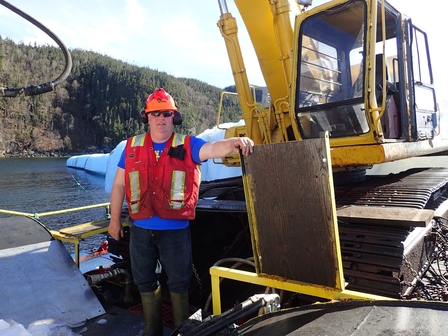 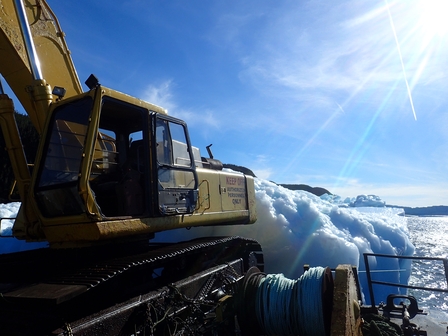 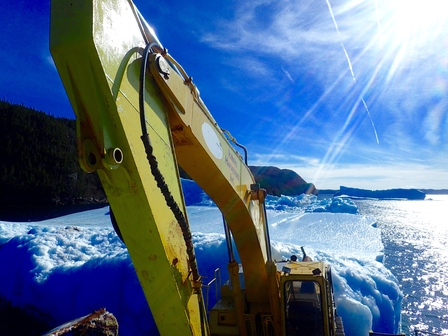 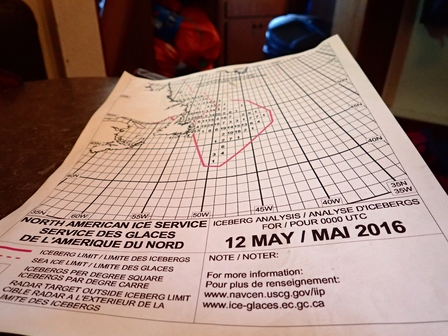 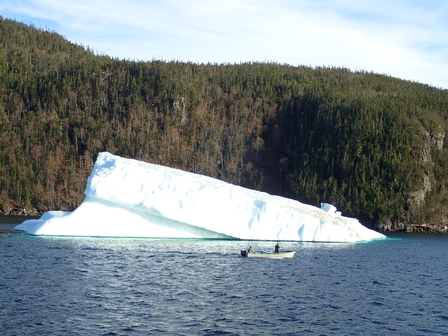 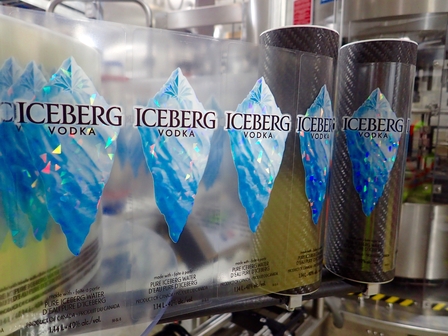 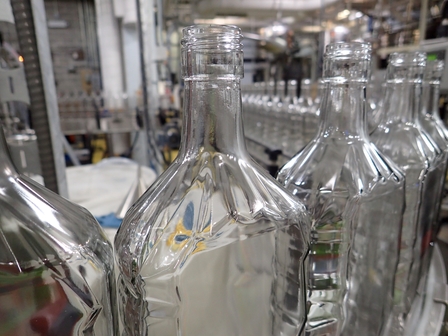 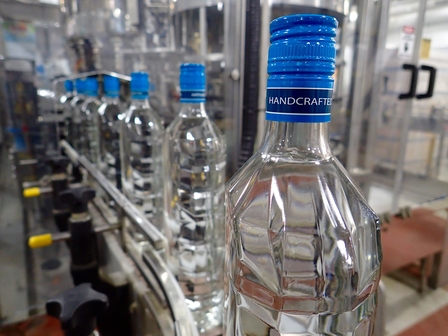 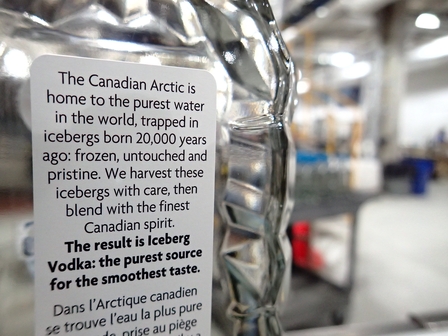 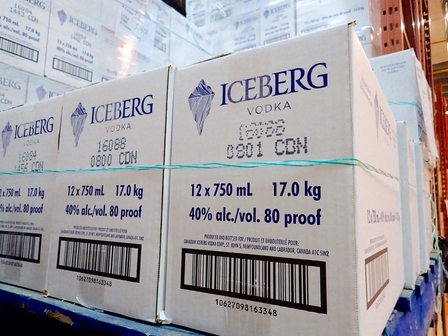