The Be At One success story

Words by Simon Difford and Be At One

Photography by Be At One 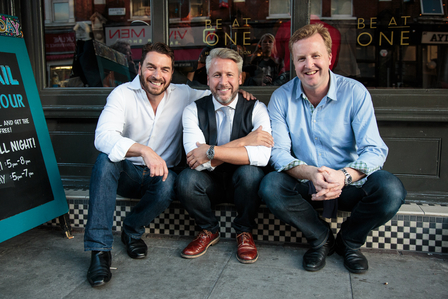 Almost every bartender dreams of one day owning their own bar. A fleeting thought for some, a serious ambition for others, but only a rare few pursue their dream to make it a reality. Of those even fewer succeed. The founders of Be At One have gone from being bartenders to successful entrepreneurs with 32 bars. Now they want to share what they’ve learnt with you. They want to help you succeed.

Back in 1997, when I started writing about cocktail culture, TGI Friday's was respected by the bar industry as a whole for the excellent training it offered its bartenders. It instilled a professionalism and service ethic which was rare at the time. I used to judge TGI bartending competitions and three bartenders always excelled: Steve Locke, Leigh Miller and Rhys Oldfield. In 1998, they set out to build on what they'd learnt at TGIs and create something better, something of their own. They borrowed and scraped the money together to launch their first Be At One bar in London's Battersea.

Talking to Alex Kratena, one of the leading lights in today's generation of bartenders, about the Be At One trio, he said, "Those guys are my heroes." Indeed, they should serve as an inspiration to all bartenders wanting to open their own bar. And to anyone wanting to start a business of any type. 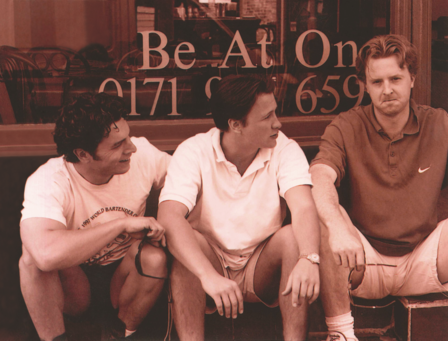 Remembering how they started

In the June 1998 edition of CLASS magazine, Angus Winchester wrote, "So when word reached CLASS that four of London's top flair bartenders had opened their own bar in Battersea we were expecting a TGIs clone. What we found was infinitely more exciting and more credible. Yes, Leigh Miller, Paul Mason, Steve Locke and Rhys Oldfield have worked in theme bars throughout the world and Leigh is a two-time winner of World Flair Championships, but the quiet times they have spent behind the bar have not been wasted. Be At One shows all the confidence of a team of pro bartenders in a lounge setting and is almost more of an attitude that a concept. You won't find fruit Martinis on the extensive cocktail list, nor will you find baseball caps. The place, the staff and the décor are all easy going.

"The owners stated intention is to satisfy the criteria of "the sort of bar we like but can't find"... "I'm sure if you pushed they'd flair for you but Hey, why spoil a good drink? And you'd have to get up off the great leather sofas to watch."

As Be At One reaches its 18th birthday and gets set to open its 32nd bar, Steve Locke reflects on the brand's success: "Trust us when we say, our journey has not been plain sailing. We made mistakes. We still do. We also had a lot of luck. Learning from your mistakes is so important - I think a lot entrepreneurs hit a wall and think 'right, that's it', and throw in the towel. We were so lucky to have each other but the road would have seemed a lot less rocky when we first started out, had we had access to some words of wisdom... and warning. Someone we could learn from. 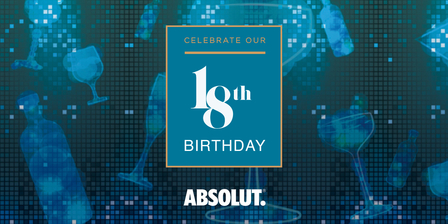 Be At One's timeline

1998
Be At One was founded by Steve Locke, Leigh Miller and Rhys Oldfield; three bartenders who met whilst working together at TGI Fridays in London in the early 1990s when cocktails were gaining popularity amongst the British public and TGIs was the place to learn the trade.

"We left Fridays in 1997 and in May 1998 we opened our first Be At One bar in Battersea Rise," Rhys Oldfield, Be At One Co-Founder, explains. "To finance the purchase, we called up the bank to ask for a business loan, which was initially rejected. We gave it a day, called the bank back and asked for car loans, which did the trick! Our initial outlay was £60,000 for Battersea Rise and in the first 10 months the bar generated £50,000 profit."

"We were lucky with Battersea Rise. We did the right things when we were in, but the location was all down to luck. There was zero market research or business plan behind the purchase. We were just three guys who loved bartending and wanted to do it for ourselves."

1999
Locke continues: "1999 was a pivotal, yet painful, milestone for us. Naively we bought a second bar in Wandsworth. Geographically, it wasn't at all far away from our first bar; but in terms of layout and proposition, it was worlds apart. Three times' the size, five times' the rent, we offered food and stayed open all day - it was a completely different thing altogether.

"We lost £182,000 in the two years it was open, which really hurt. There were times where we really questioned ourselves. I will always remember this one moment: after an 80+ hour week, we'd come close to selling the bar and the buyer pulled out at 4.30pm on a Friday afternoon. I remember sitting on the steps outside the bar, physically and emotionally exhausted, knowing I was going to have to go into Friday night, Saturday night and Sunday night - questioning whether I could even do it. It was a real test of our resilience and determination."

2000
Be At One Richmond opened its doors. The founders learnt from their experiences with Wandsworth and applied the same ingredients that made Battersea Rise a complete success: An evening venue that offers every single guest brilliant service and cocktails.

Locke continues: "We learnt quite quickly in our first few years of operation that our winning formula was quite simple actually. The key is to not to overcomplicate things. Too often, as we learnt the hard way with Wandsworth, it is too tempting to jump on the diversification bandwagon. Quite quickly our unique selling point became quite apparent: high quality cocktails, fast, friendly service and a party atmosphere that will make our guests want to come back over and over again. People are our big point of difference and what we invest in the most. As soon as we choose our next bar location, we're on the hunt for new bartenders. Guests come back because of the people working at Be At One." 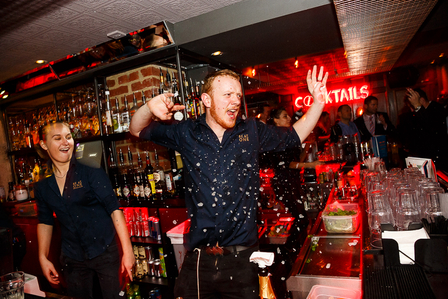 "For the modern day cocktail drinker, speed and quality of service are fundamental components to their overall experience. Every single Be At One bartender is employed on a full-time basis and receives £5,000 worth of training over a nine week period. We work towards a 5-60-30 service policy. Simply put, all bartenders should try to establish eye contact with customers inside five seconds; receive an order and serve a drink in 60 seconds; and give them their change in 30 seconds. They need to master a fast and seamless experience."

2001
A momentous time in Be At One's history whereby the keys to Wandsworth were handed over to its new owner. Commenting on the milestone, Locke defined it as "one of the happiest days of my life - up there with the birth of my children."

2004
The founders saw themselves open their first bar in the West End with the introduction of Covent Garden.

2006
Be At One appointed Pernod Ricard UK as lead premium spirits and champagne supplier and Be At One's bartender training academy was officially founded. 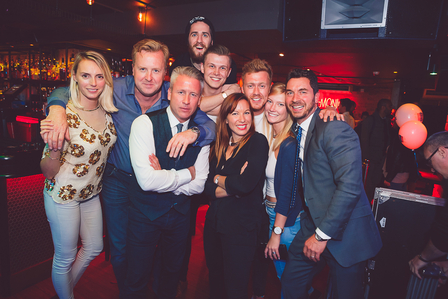 The Be At One and Pernod Ricard team

Locke continues: "As I mentioned earlier, people are our foundation. And that stretches to our supplier relationships as well. There is clear alignment between the Pernod Ricard UK and Be At One brands and ethos, with a focus on great drinks, great experiences and, above all, great cocktail making.

"Keeping good relationships is vital. When we were in our pit during the Wandsworth days, help came from our supplier Italian Continental Stores, who gave us five months' credit in good faith that we would not let them down. We would have been completely stuck without their support."

2007
This was a big turning point for the founders at Be At One as the licensing laws changed whereby they could offer quality drinks and service with a late-night offering.

2008
Be At One further expanded with the opening of a bar in Soho and Clapham Common.

2009
The trio opened a very successful bar in Spitalfields, which opened seven days a week with a 2am licence on Thursdays, Fridays and at weekends. To this day, Spitalfields remains one of Be At One's best sites. 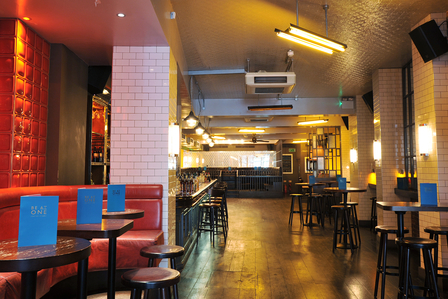 Be At One, Shoreditch

2010
Leigh Miller, Be At One Co-Founder, states: "In 2010, we took a bold step and opened a bar in Shoreditch - an area where chains just don't cut it and uniqueness is the key for success. To simply fit in and succeed, we created a bar that didn't look like a typical Be At One bar, with a totally different décor and logo - think New York packing district. The service, drinks and experience were completely the same as any other Be At One bar. The challenge was getting people through the door, but once they were in, they were in and they came back."

2011
Locke continues: "This was a pretty special year for us. We secured £8 million of backing from private-equity firm, Piper, allowing us to grow up and expand outside London. Choosing the right partner was critical. We worked hard to educate them on how we operate and why that's successful."

2012
The Be At One branding received a spruce and was rolled out across the field of bars - all except Shoreditch, of course.

The opening of a site in Guildhall was another steep learning curve for the trio, who hadn't appreciated the diversity in clientele during the seven days a week operation. Locke comments: "In the weekdays, it was a city bar. But come the weekends, our captive audience of guest wasn't there. Our bars typically achieve 30% of weekly sales on a Saturday." 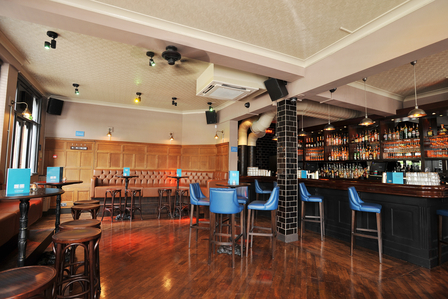 Be At One, Reading

2013
Be At One opened its first bar outside of London, with the introduction of Reading. Locke comments: "This was a real turning point for us. The Reading launch went so well - it immediately attracted a lot of people to the brand and it stimulated us to expand further outside London, as well as maintaining an expansion plan in London too."

2013 also saw the launch of a second bar in Covent Garden, just 150 yards from the original Be At One located there. The rationale for a second bar was to better cater for the differing occasion there. The second bar, unlike the first, is a basement bar with a late close of 3am.

2014
The founders applied the same late-night model to an opening in Greek Street.

2016
Be At One celebrates its 18th birthday, and has just acquired a site in Nottingham, marking its 32nd Be At One bar.

Locke concludes: "We've worked constantly to stay on top and focus on the experience and on our people - that's all that matters. We've worked at it, one quest at a time. We've had a good time!" 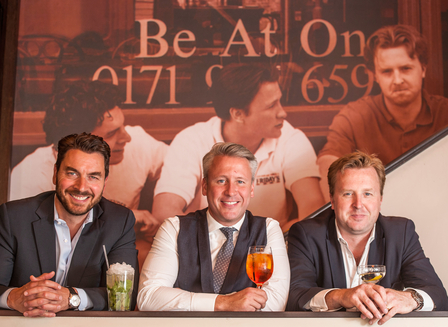 ... comment(s) for The Be At One success story