Back in the mid-1990s when London’s bar scene was kicking off, few would have guessed that Shoreditch, then still very rough around the edges, would become a night-life destination, property hotspot and desirable home to creatives and dot-coms. As London’s population edges towards 20 million the gentrification of the East End has inevitably spread to Bethnal Green. So what are the must-visits?

"Responsible drinking" etiquette prevents us from recommending you experience the following bars as a 'crawl', but they are almost on top of each other, in very easy walking distance and we've arranged them in order, starting from the most northerly southwards. Handily, Bethnal Green tube station lies within their midst. And, thanks to support from those nice folk at Bacardi Brown-Forman, many of the following bars are offering £5 cocktails to those with a wristband during London Cocktail Week (LCW). 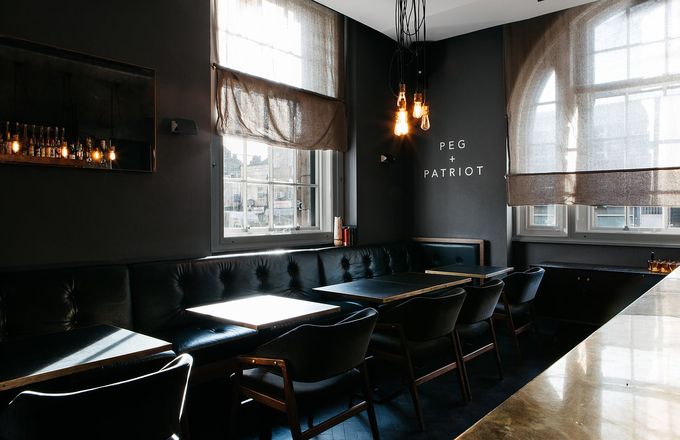 LCW £5 special:
Draw: Highly creative cocktails served in a refined atmosphere
Patriot Square, Bethnal Green, London, E2 9NF
Hours: Mon-Thu 5pm-midnight, Fri-Sat noon-1am
Bar's website
+44 (0)20 8709 4528
Peg+Patriot has long been one of our favourite eastern cocktail outposts due to its adventurous, boundary pushing cocktails, which both excite and please the palate. The bar's atmosphere can be reverential rather than fun but this is made up for by incredibly friendly and efficient service and we strongly recommend you nab a seat at the very unusually designed bar counter. 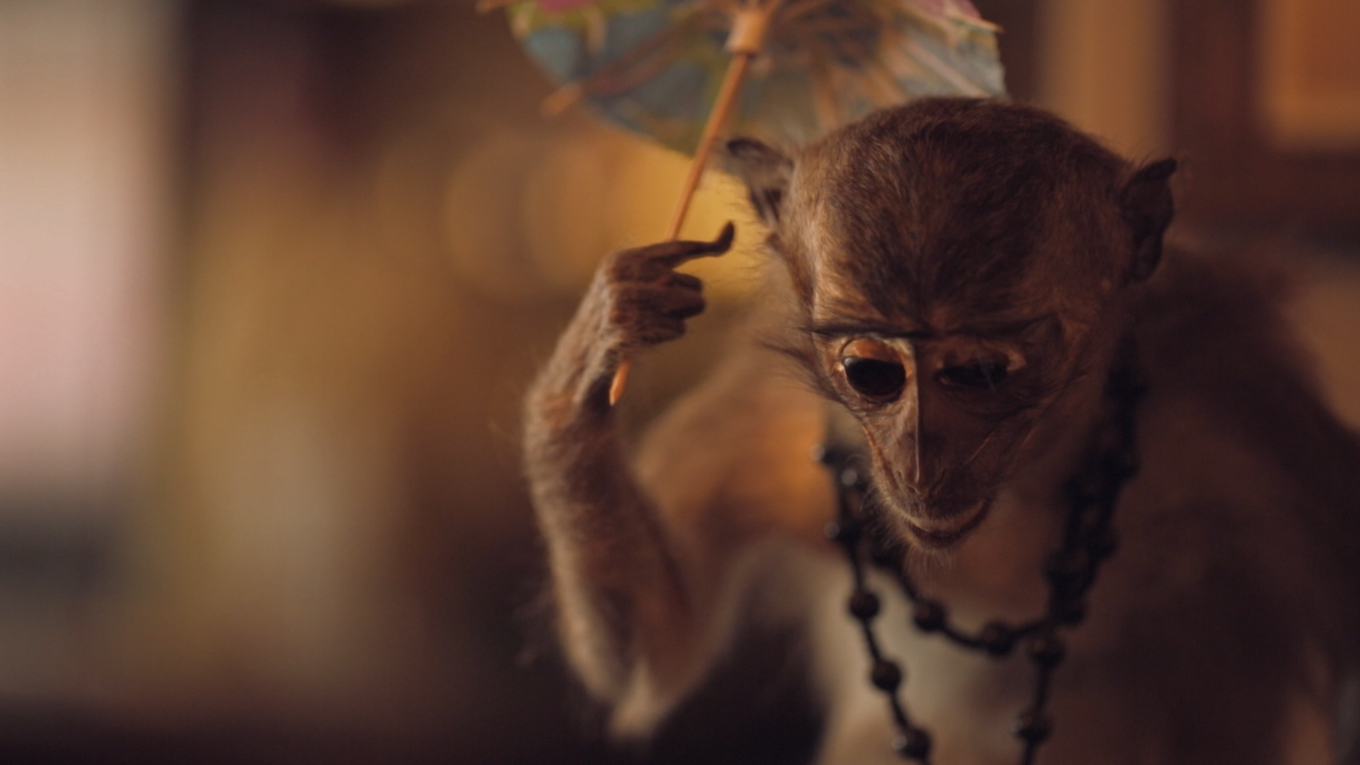 LCW £5 special: Classic Daiquiri
Draw: Well-crafted cocktails in a relaxed setting
343 Cambridge Heath Road, Bethnal Green, London, E2 9RA
Hours:
Bar's website
+44 (0)20 7739 8362
The other long established bastion of cocktail excellence in Bethnal Green, Satan's Whiskers feels a little like Milk & Honey picked up and transplanted into an East End pub. The transplant is brilliantly successful with speakeasy hidden doorways and a sense of abiding by the rules lost while keeping the quality drinks and knowledgeable service. However, as the name might suggest, Satan's Whiskers retains a classically led cocktail menu. 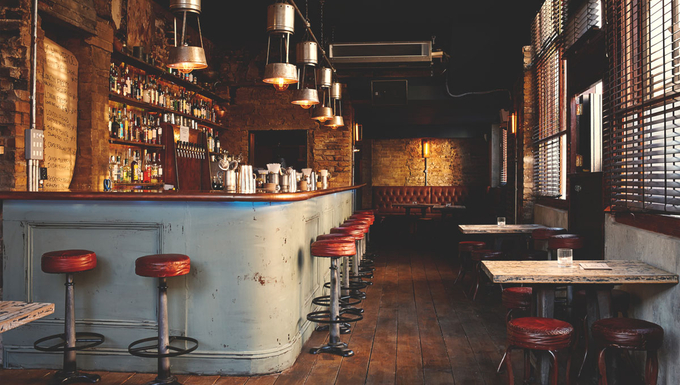 Draw: Craft beer, cocktails and spirits in an East End boozer
441 Bethnal Green Road, Bethnal Green, London, E2 0AN
Hours: Sun-Wed noon-midnight, Thu-Sat noon-1am
Bar's website
+44 (0)20 7739 4097
An out-and-out East End boozer given a new lease of life, complete with a respected cocktail offering. However, as befits a proper pub The Sun remains beer first with an ever changing selection of mostly local brews. A good spirits selection provides the opportunity to brand call your preferred cocktail base or enjoy your beer alongside a chaser. 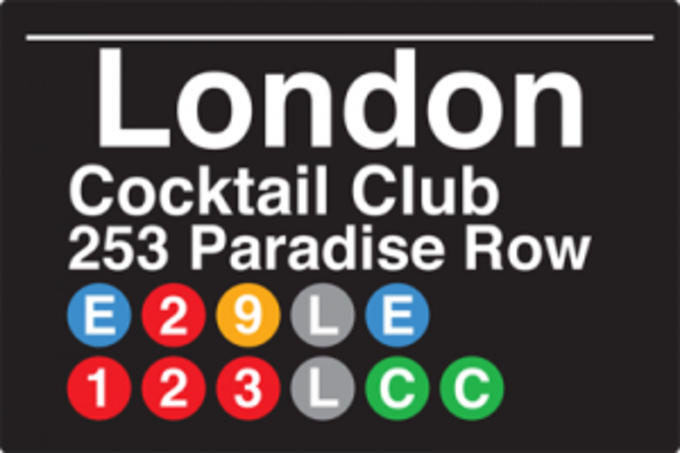 LCW £5 special:
Draw: Party atmosphere & two-for-one cocktails
253, Paradise Row, Bethnal Green, London, E2 9LE
Hours: Tue-Thu 5pm-11pm, Fri 5pm-midnight, Sat 1pm-midnight
Bar's website
+44 (0)20 7580 1960
The less refined with functional décor this is the more vibrant party bar of the selection here - well at the weekends at least. It may be quiet early week evenings but LCC makes up for that with two-for-one cocktail offers. This is the eighth in the quickly multiplying LCC bar chain so many of you will know exactly what to expect, only here the theme is rail travel - appropriate given its arch location. 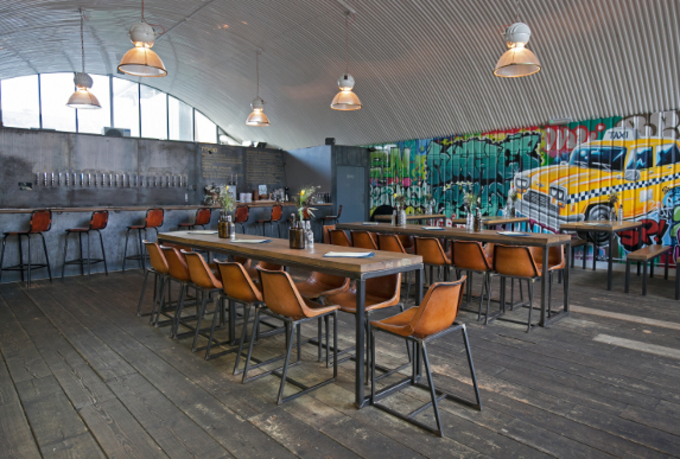 Draw: 200 plus craft beers in beer hall atmosphere
251 Paradise Row, Bethnal Green, London, E2 9LE
Hours: Mon 4pm-11pm, Tue-Thu noon-11pm, Fri-Sat noon-midnight, Sun noon-11pm
Bar's website
+44 (0)20 7012 1244
One Mother of a beer bar, Kelly's boasts neighbours LCC (above) in the strip of bars housed in arches underneath the railway line that runs parallel to Cambridge Heath Road. You're greeted with six double fridges groaning with a choice of some 200 bottled and canned beers curated by style before you even reach the bar counter where there's a further choice of 23 draught beers on tap. As befits a Bethnal Green railway arch the fit-out is rustic/basic but non the less homely with leatherette chairs lining long communal tables on a bare wooden plank floor. The bread that accompanies much of the food on the sharing boards is equally rustic and chunky. 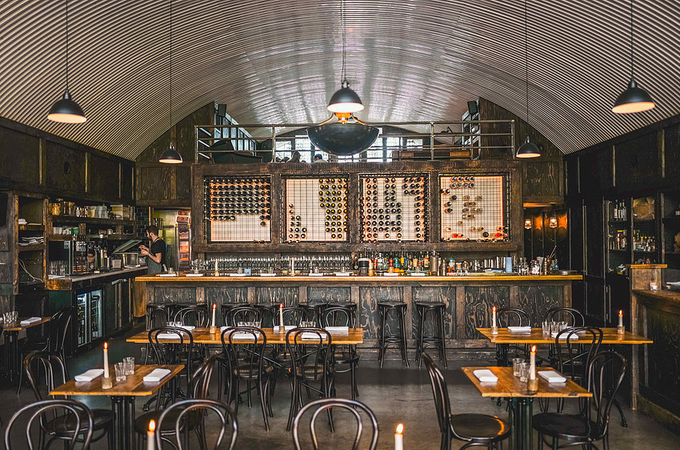 LCW £5 special:
Draw: Superb wine, cocktails and food in a transformed railway arch
Arch 250 Paradise Row, Bethnal Green, London, E2 9LE
Hours: Tue-Fri 5pm-midnight, Sat-Sun noon-midnight
Bar's website
+44 (0)20 7613 0478
Proof that a railway arch (it neighbours the two bars above) can be made incredibly homely by the clever application of dark-stained wood panelling. This Paradise Row Sager + Wilde should not be confused with the smaller, original Hackney Road branch, although much of the original has been successfully transported further east, including the excellent wine offering. However, Sager + Wilde is not just about wine and the cocktails and food here are equally impressive. As you walk down the steps in the tube on the way home from S+W, look down at the brass stair nosing and fondly remember the front edge of the copper bar counter you've just left.