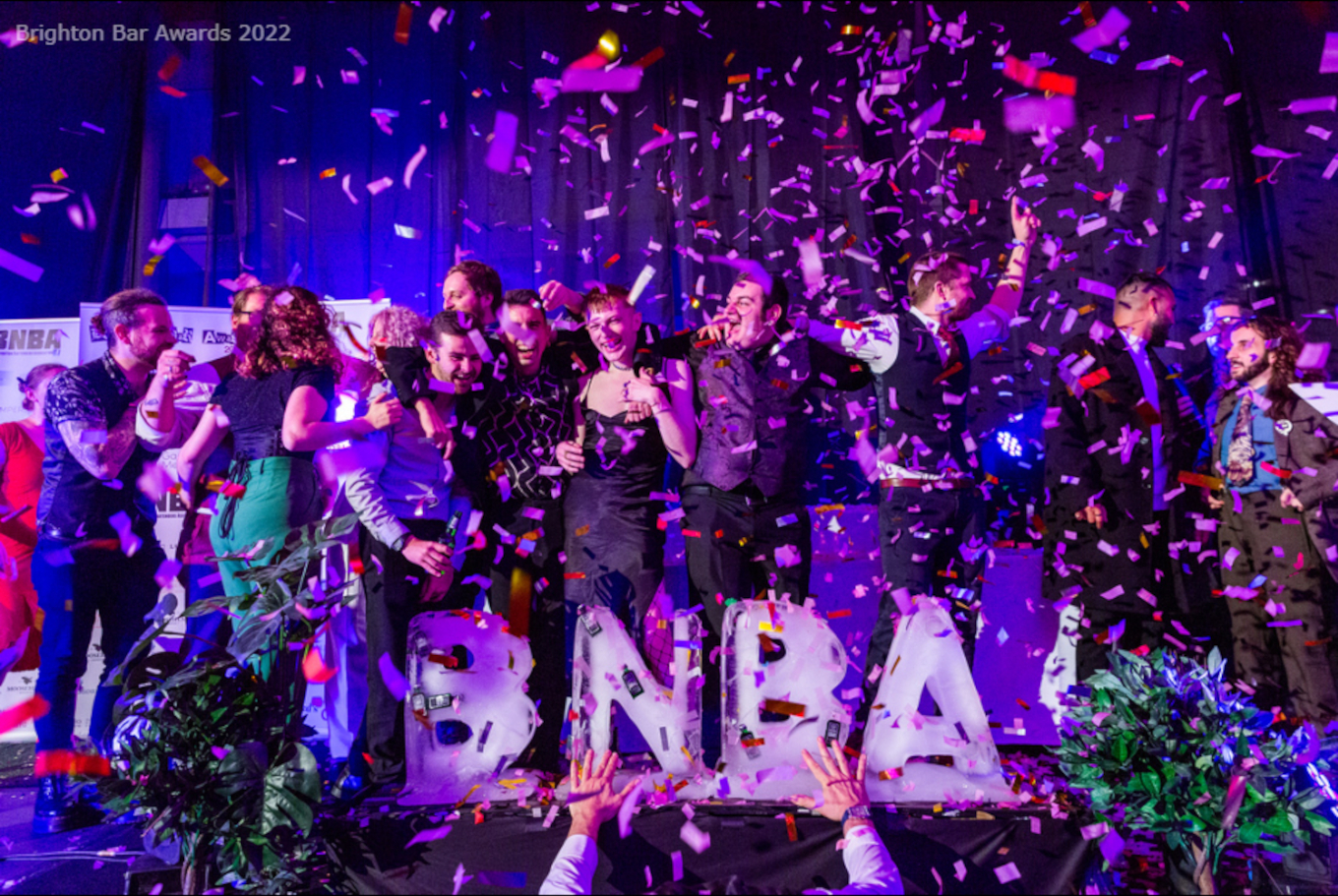 A lot can happen in eight years...it takes about that long to become a Doctor, that's a complete cycle of planet Venus, but it also took the Brighton Bar Awards eight years to increase in size to the point where attracted a whopping 400 people! Not bad for a 'town'. But this is no ordinary town...and no ordinary awards ceremony...

Stemming from the hugely popular Brighton Bartenders Association Facebook group (or 'BNBA' as it's more commonly known), The Brighton Bar Awards started from humble beginnings in a mate's bar (as all great stories do), organised by the drinks media company, ABV Media, and moved to bigger and bigger venues to meet the demand for this annual 'bartender's night off'. 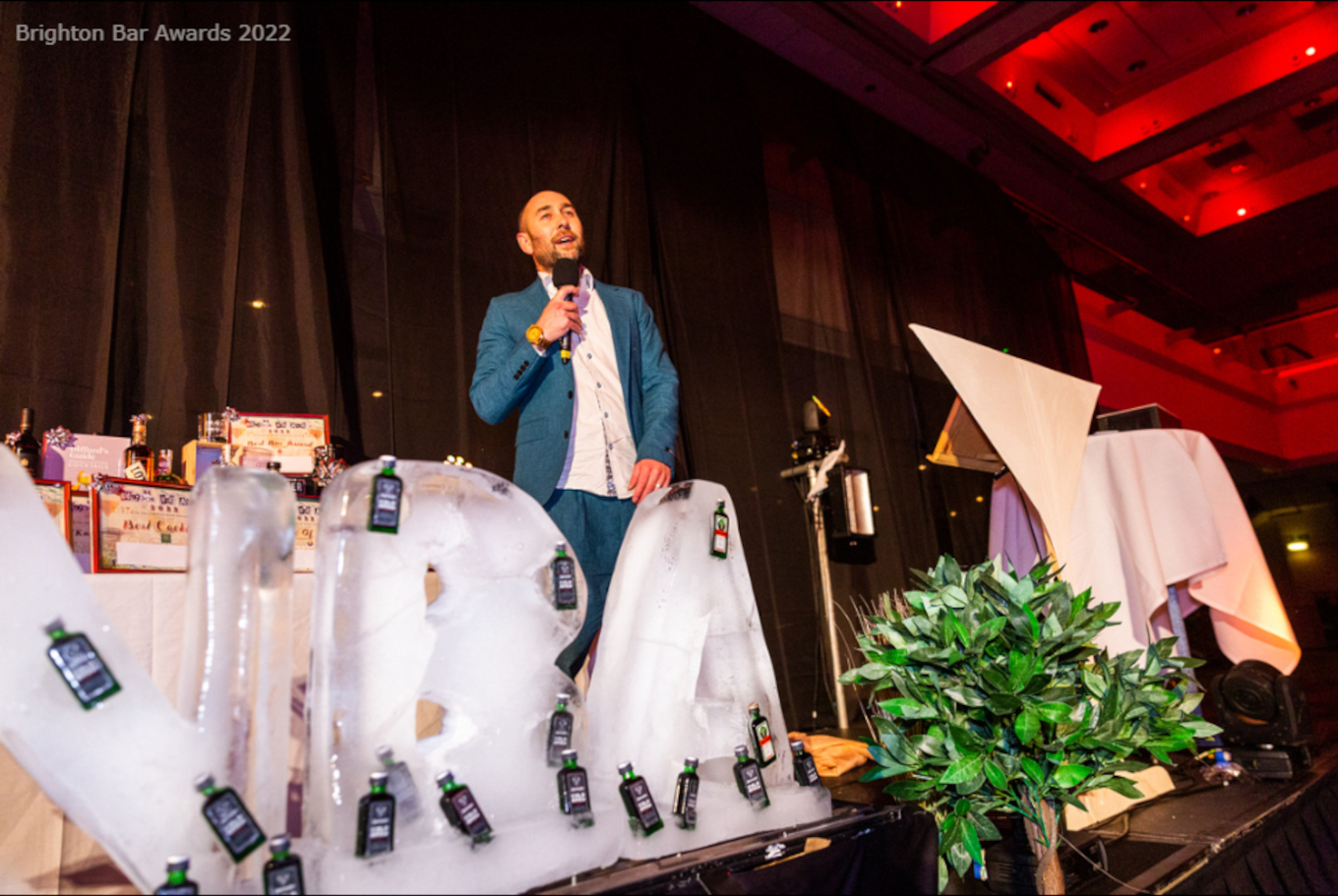 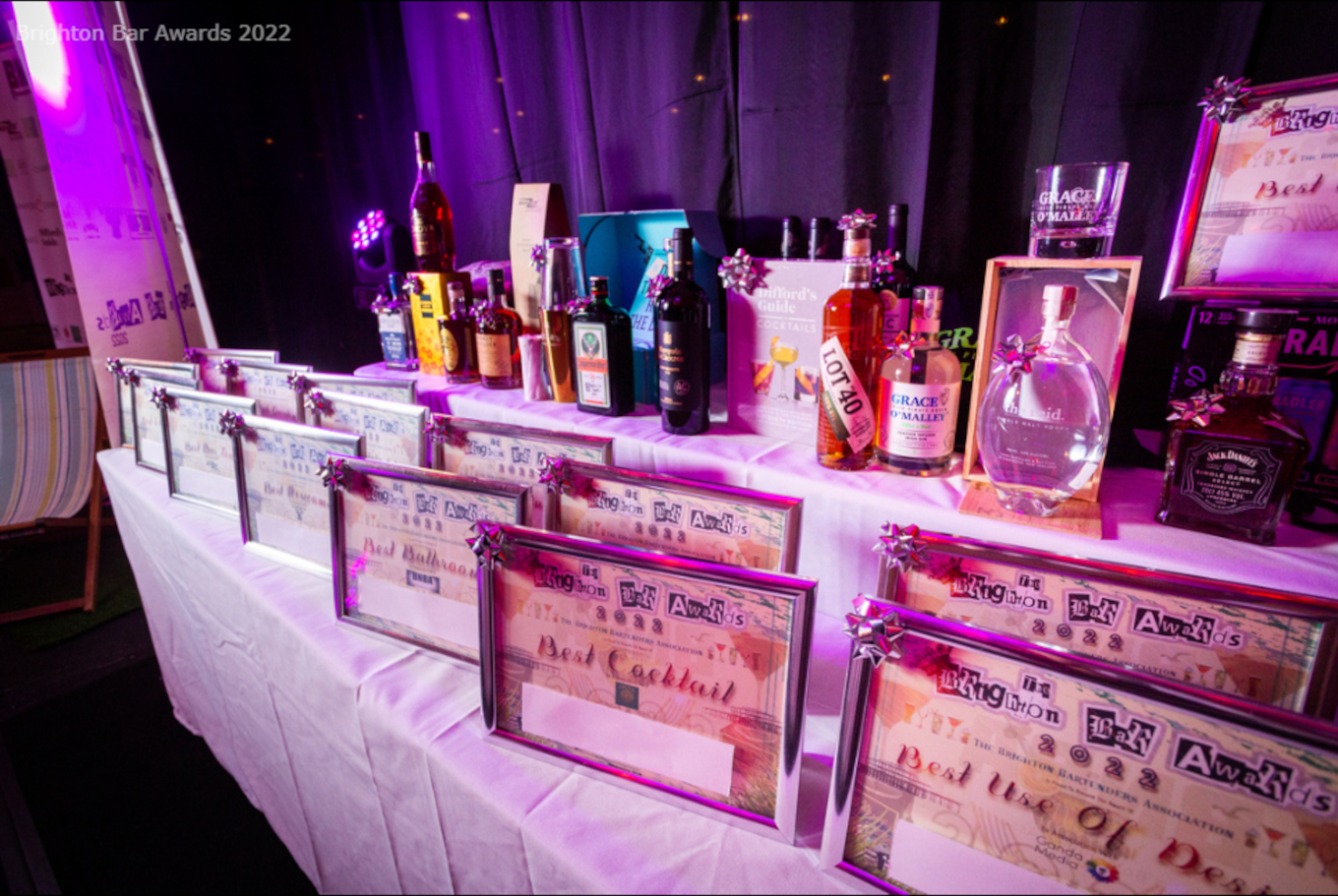 Each of the 20 award categories had four nominations, all from the 'town of Brighton' but more accurately the whole city of Brighton & Hove. All except the brand new category called 'The Best Of Sussex Award', supported by Grace O'Malley Irish Whiskey, recognising outstanding dedication to the Sussex drink industry, this year won by Polygon Bar and GM Andrew Harrod from Horsham. For his motivating participation in cocktail competitions, overcoming a fire in his previous venue The Dead Parrot, but mostly his trailblazing efforts that he and his three-man team performed to win the best bar team in the whole country at a nationwide competition in 2015. 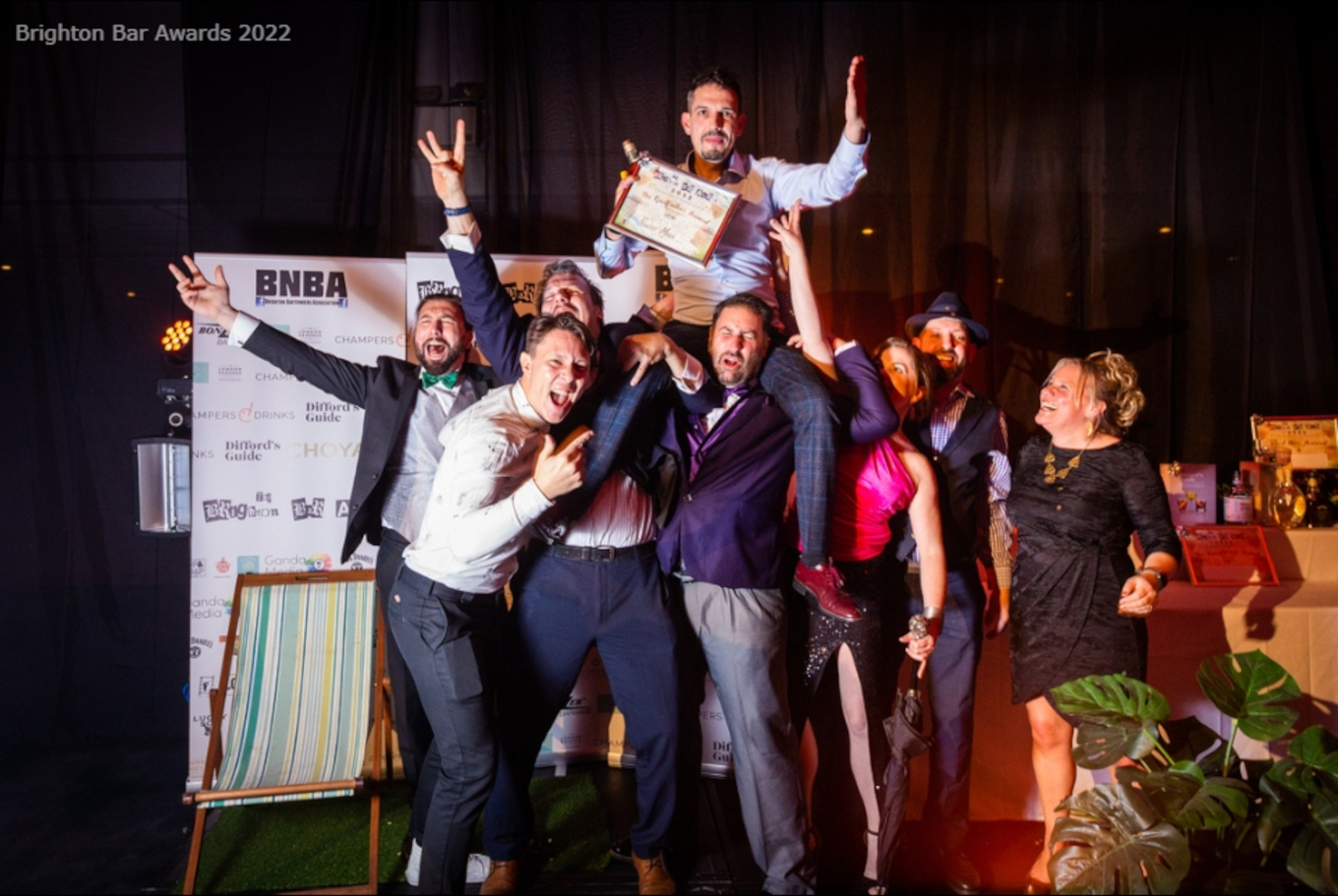 Another team-based award, 'The Bonzer Barware Best Bar Team Award' was won by The Twisted Lemon, who also took home the final and most anticipated award of the night, 'The Havana Club Best Bar Award'. This was after many other venue-based accolades including 'The Marqués de Cáceres Best Restaurant Bar Award' won by The Flinthouse, 'The London Essence Best Hotel Bar Award' scooped up by Harbar in The Harbour Hotel on the Sea Front, and 'The Moosehead Best Pub Award' this year collected by The Great Eastern on Trafalgar Street.

But it's not just venues that take engraved prizes and certificates home. Individual personalities such as Bartenders, Bar Managers and even newcomers are all nominated to win. Jack Daniels kindly awarded Tommy Scott from Bar Valentino the Best Bartender Award, Lucky Sod Irish Liqueur handed over a lovely gift set to Lyndon Roper for the Best Newcomer and Cardrona Spirits presented a beautiful boxed bottle of vodka to Mr Francois Monin of Lucky Voice Karaoke Bar. However, this was not to be Francois Monin's only award of the night, as he was also given the prestigious title of 'The Lot 40 Godfather Award' for longstanding achievement, which is another highly coveted accolade and one Francois has been nominated for many time over the years but never managed to acquire, until now! 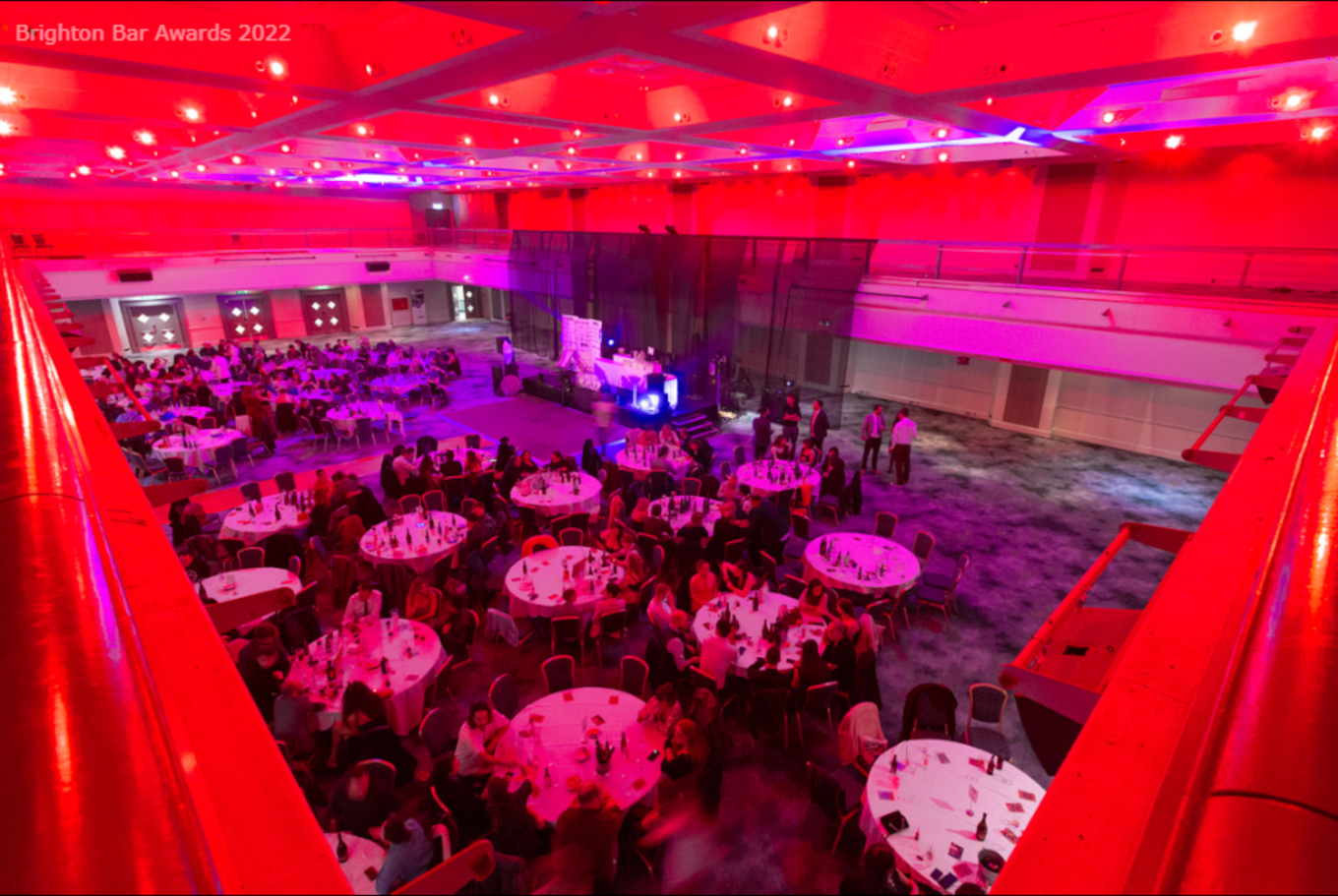 Other notable winners were Will Miles from the hosting venue The Hilton, Zach Huntley from Hotel Du Vin, Reece Beard from Bar Valentino, Gung Ho! sustainable Cocktail Bar, Patterns nightclub, Ivy Asia and also new venue The Oculist. Overall, the whole event was a complete success, selling out of tickets for the 5th year running but also more importantly giving the bar industry of Brighton and Hove and surrounding areas a night to look forward to every year. 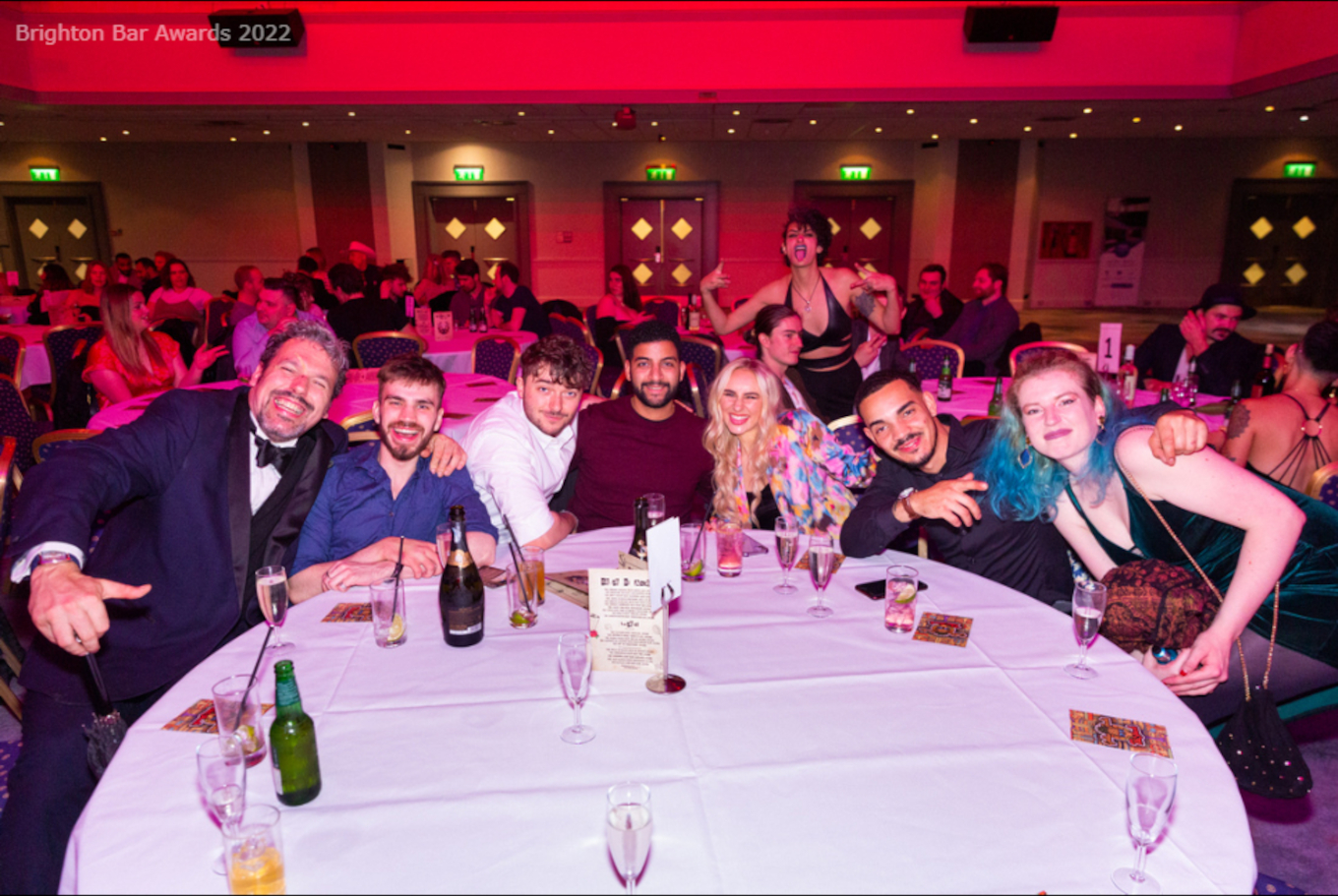 Presenter Samuel Benson says "it's such an extra boost of motivation to simply go to work after winning one of these awards, and it's so humbling to see the demand from the local drinks industry for this event. Next year will be our 9th year and so afterwards we will have to plan something very special to celebrate a decade of The Brighton Bar Awards! So watch this space." 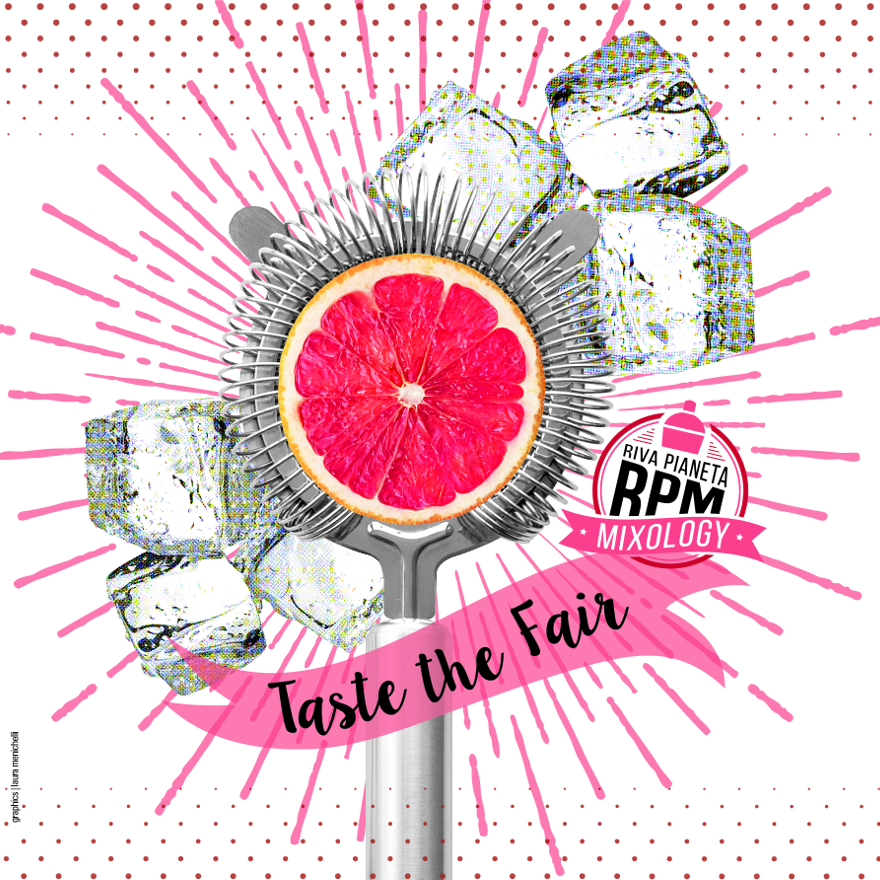 RPM - Riva Pianeta Mixology, is the special area dedicated to mixology within Hospitality – Il Salone dell'Accoglienza, the most comprehensive international 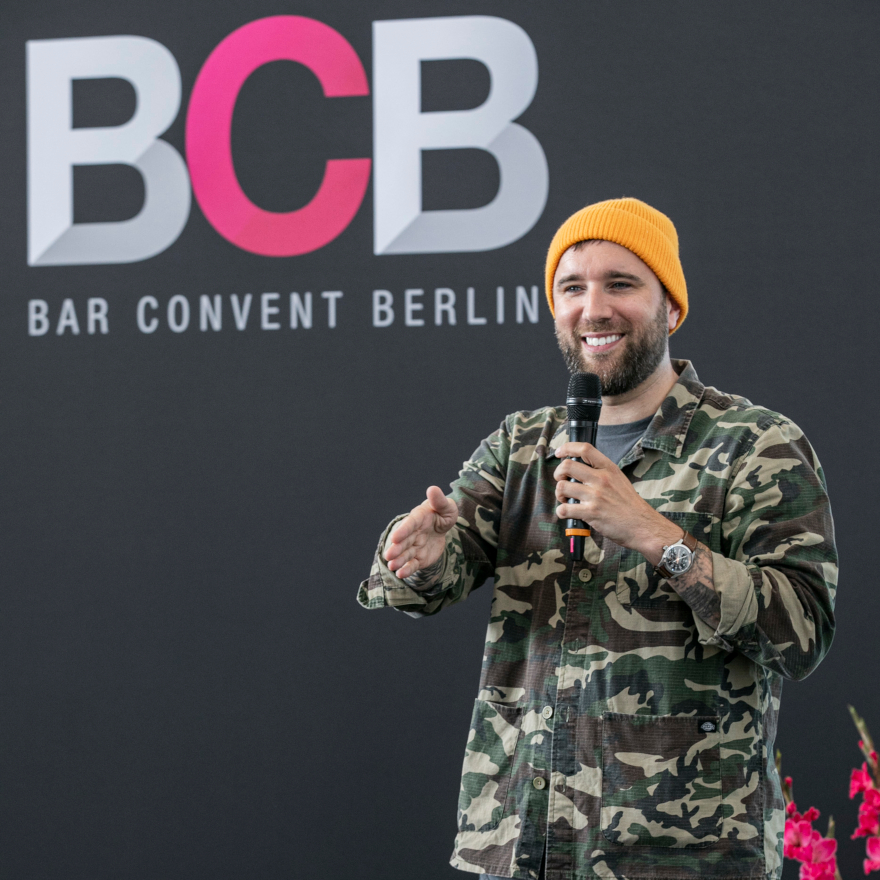 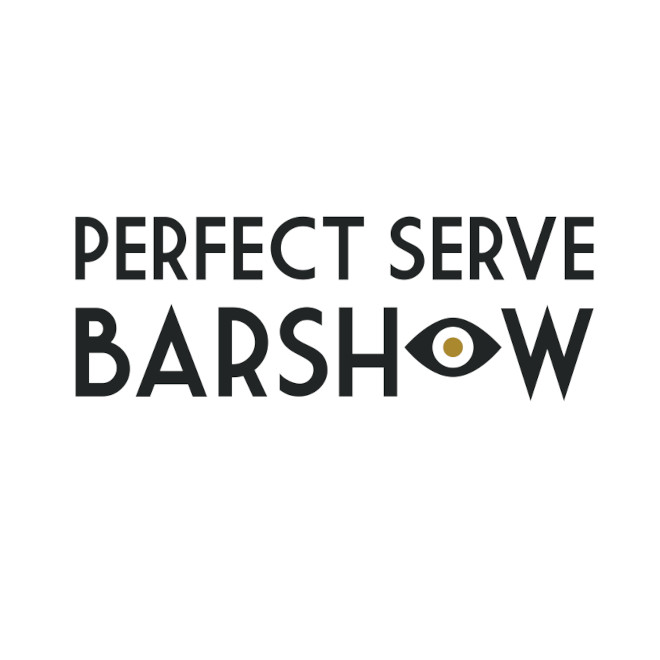 Amsterdam's Perfect Serve Barshow is back! The leading cocktail and bartending event of the year in The Netherlands takes place 6th and 7th of September 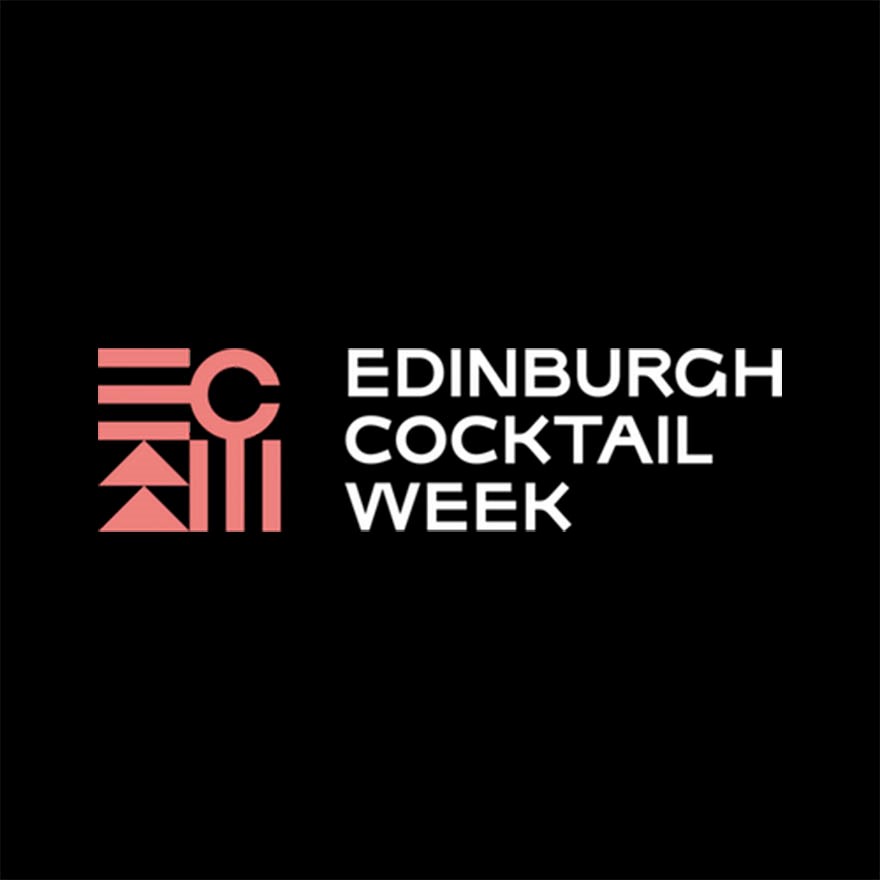