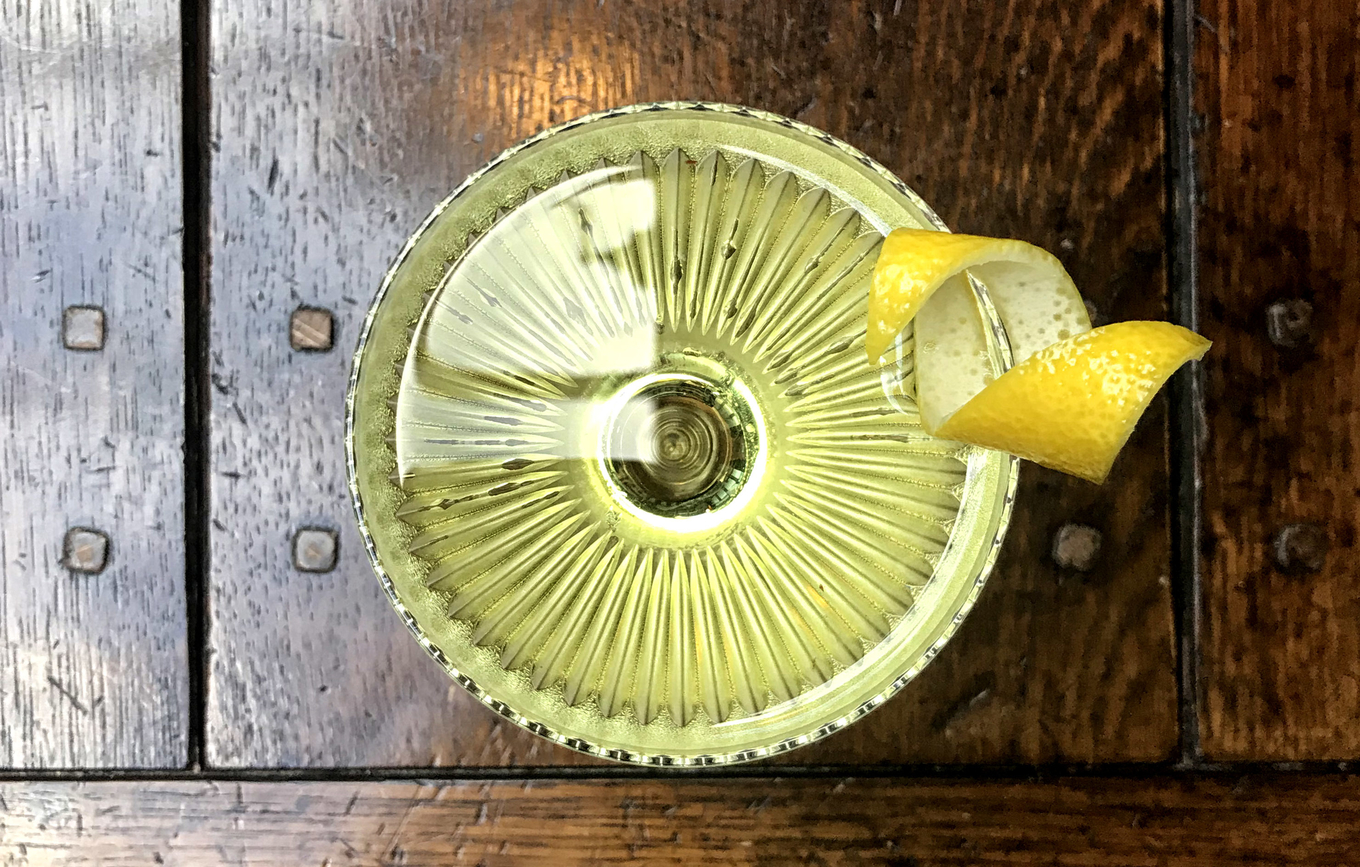 The cocktails we came across during October and liked enough to add to Difford’s Guide, plus those recipes we’ve revisited and updated.

With: Blackberries, spiced rum, lemon juice, sugar syrup, egg white and activated charcoal (optional).
We say: A Rum Sour blackened with blackberries and activated charcoal. The black charcoal which makes this cocktail black does little for the taste and given the potential issues with charcoal this tasty cocktail is perhaps best appreciated without its addition (as illustrated photographed here).
Fade To Black Cocktail recipe

With: Golden rum, coconut rum liqueur and pineapple juice.
We say: A ridiculously simple party drink with three equal parts shaken to produce a pineapple and coconut cocktail fortified with rum and crowned with a foamy head. Off dry and fruity rather than sweet.
Koko Colada recipe

With: Reposado tequila, triple sec, lime juice, orange juice and sugar syrup.
We say: Orange juice adds fruity dilution to what could also be called a Breakfast Margarita. Sir Paul McCartney is said to like his Margaritas made with a splash of freshly squeezed orange juice, hence this recipe is named in his honour.
Macca Margarita recipe

With: Tequila blanco, lime juice and lemonade.
We say: The success of this cocktail is as much about the quality of your tequila as it is about your choice of lemonade. Made well and this Squeeze is zesty, balanced and very refreshing.
Mexican Squeeze recipe

With: Applejack, Irish whiskey, parfait amour, Jägermeister, demerara syrup, Jerry Thomas bitters and orange bitters.
We say: Boozy and floral with a hint of sweetness to smooth and harmonise, this after-dinner cocktail, originally served straight-up in a coupe (as presented here) but we prefer ours on-the-rocks.
Mirror Match recipe

With: Sloe gin, fino sherry and gentian liqueur.
We say: A riff on the classic Negroni from Vietnam which brilliantly set the richness of sloe gin against bone dry fino sherry while harnessing the herbal bitterness of gentian. Hit the right dilution, and by the third sip, when your palate has adjusted, you'll not be able to stop sipping this bitter aperitif cocktail.
Negrino recipe

With: Bourbon, tawny port, maple syrup and angostura bitters.
We say: Bourbon and maple syrup somewhat overwhelm the headline port wine, although it does add an underlying fruitiness to this balanced and tasty riff on an Old-Fashioned.
Port Old Fashioned recipe

We say: A riff on a last word with a splash of cider, which depending on your cider will produce a boozy cocktail that's on the dry side.
Le Premier Word recipe

The Road Not Taken

With: Spiced gin, Suze, Rinquinquin and chamomile bitters
We say: Lightly spiced and bittersweet, a good option for an aperitivo.
The Road Not Taken recipe