“Here in Brazil, the year 1888 means freedom,” says Márcio Silva, owner of Guilhotina, the São Paulo bar that’s helping put Brazil on the global cocktail map. It was in 1888 that Brazil, which had brought more slaves from Africa than any other nation, finally abolished slavery.

His Vitriol cocktail, on the menu at Guilhotina, expresses that creative liberty. "We mix everything here in Brazil," says Silva. "We don't go straight for the rules: we just do it in our own way. So the idea of this cocktail is a whiskey sour with fresh raspberries, ginger and Cherry Heering, topped with a Negroni."

To break a rule successfully, of course, it helps to know the rules - and Silva had an extensive career behind him when he opened Guilhotina in December 2016. He tasted his first (virgin) cocktail aged just 13, after his dad took a job in a bar, but it was sport that brought him to Europe.

Silva represented Brazil in taekwondo as a teenager and hoped to fight at the Olympics as and when taekwondo became a medal sport. "I came to do sparring, but I couldn't fight for money as I had to stay an amateur for the Olympics," Silva explains. "So I started working part-time in a bar. I started at TGI Friday's as a busboy and worked my way up to European trainer."

Silva found himself a place on the fringes of London's compact, friendly 1990s cocktail scene. "Dick Bradsell was working at the Atlantic Bar & Grill, and I'd go in and watch him work: I'd be at the bar and talk to him," he recalls. "I also spent a lot of time at the LAB, watching how they interacted with the guests and the training techniques."

Knowledge safely banked, he took a job in Marbella, working as a bartender trainer. In 2004, he helped Gorgeous Group launch Diageo's Reserve Brands in Brazil. By 2009, Silva was ready to return home, and find a place for himself in the surging city of São Paulo, the New York to DC's Brasilia - and a metropolis that's home to over 20 million people.

"I spent two years in Brazil feeling like a fish out of water: I couldn't understand my own culture," he says. "Then I met Spike Marchant and he called me to manage the World Class final in Rio de Janeiro."

Silva spent six months living in Rio de Janeiro, going bar to bar to prepare bartenders for the final, and managed all the bars and behind-the-scenes events; he worked for two years as global brand ambassador for Yaguara cachaça. Yet, as Brazil's economy began to collapse in 2015, he hit a personal and professional low.

"In 2016, I received an offer to move to Singapore and work there, but I didn't want to actually leave Brazil without trying everything I could," says Silva. "I had dinner with my father, and he asked, 'What have you done in Brazil that you haven't done before?' I said, 'I never opened a bar to be my own bartender.'"

The very next day, synchronicity struck. "I was on my last money and I wanted to open a bar with this money, but literally the day after dinner with my dad I met Rafael [Berçot]," Silva recalls. "Rafael comes from the construction industry, and he was telling me how hard it was to sell apartments. I didn't even say a word about opening a bar, but he said, 'Let's open a bar together!'"

Marcello Nazareth, the third partner in Guilhotina, came on board after the pair looked at a site he owned - and it was very much a journey of faith. "I tried to merge the friendliness of the Americans with the rituals and experience of Europeans and the discipline of Japanese," Silva recalls. "As we've got so many influences from all over the globe in Brazil, I wanted to put it all together into a bar - but I couldn't explain it. I had to say, 'We're going to be partners: just trust me.'"

And, it seems, that creative freedom worked. Within a year of opening, Guilhotina was a finalist for Best New International Cocktail Bar at Tales of the Cocktail, with nominations in three other categories. "If you're doing right, the universe just pushes you in the right direction," Silva says. "That was so great: one of the most amazing experiences I've ever had as a bartender."

*Raspberry Ginger Shrub
1 kg Raspberries
1 kg White organic sugar
50 ml Red wine vinegar
250 ml Fresh ginger juice
500 ml Water
1 spoon Tartaric acid
Place all the ingredients in a pan and mash them together over a low heat until syrup and all the sugar has dissolved. Let the shrub cool and then strain in a superbag. Bottle and refrigerate. 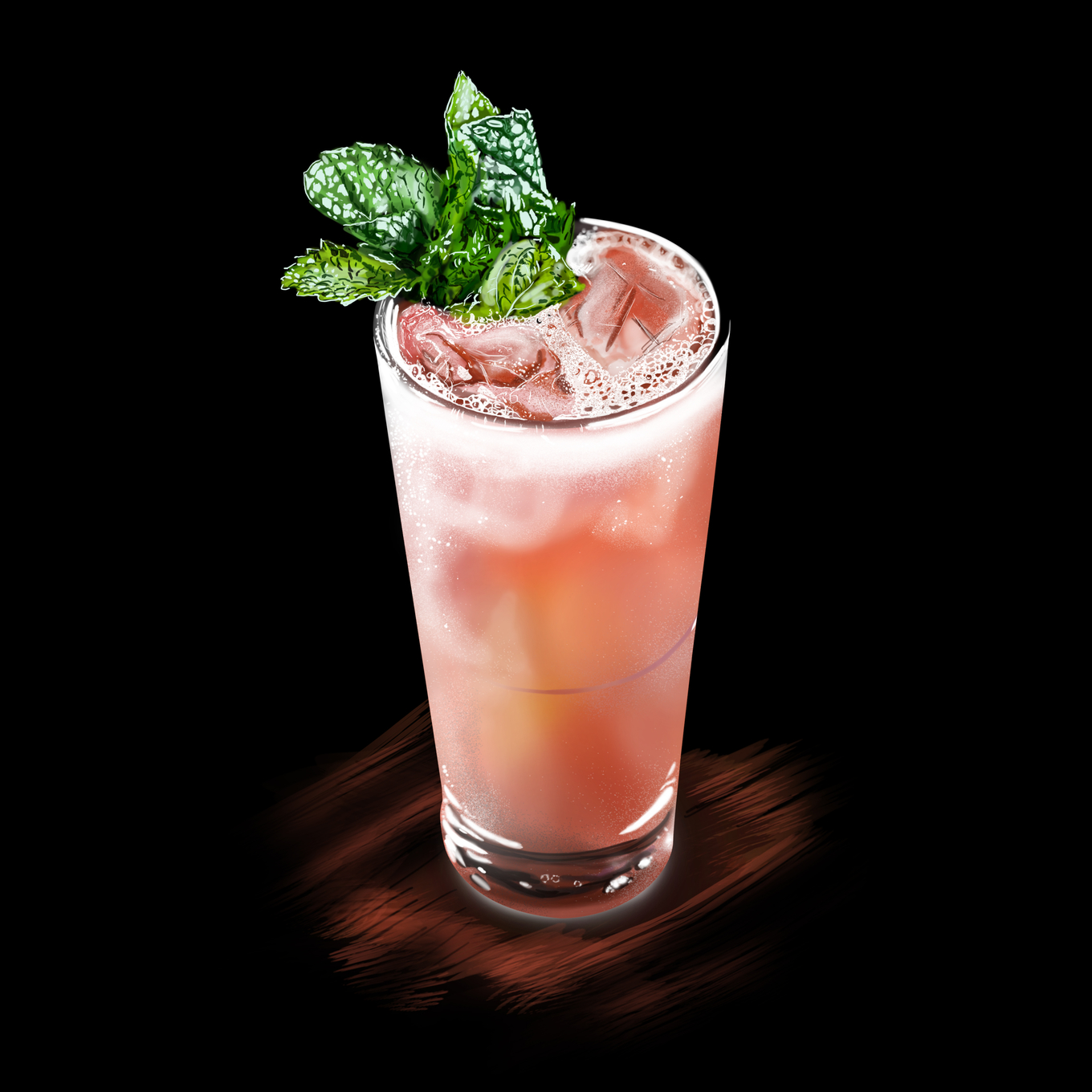