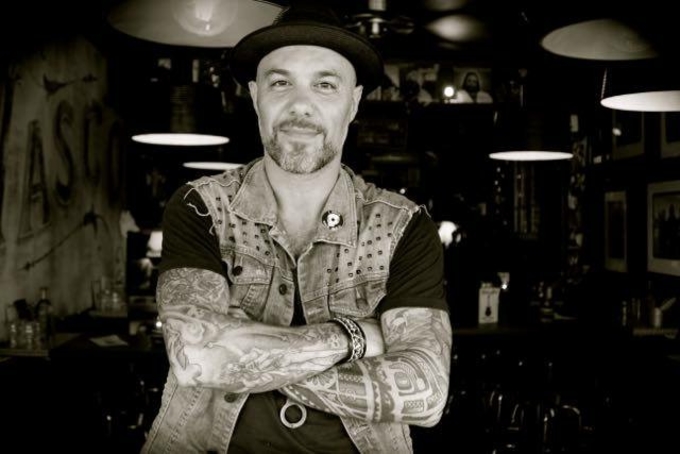 Born & raised in Calabria Italy, at 23 Max moved to London to work as a barista. After working at a small bar called Bank for ten months under the guidance of Grant Collins, he moved onto London’s Zander. In 2006, Max moved to Sydney and is now the proud owner, drummer and captain of his own bar, Vasco, where Rock N’ Roll shares centre stage with crafted cocktails and a legendary party atmosphere.

Max chose 1989 as a year from the history of Cherry Heering not because of steely guns and cherry red roses. "Well, 1989 it is special to me in terms of cocktails because at the end of 1989, Tomas Bermejo (father of my great friend Julio Bermejo) created the Tommy's Margarita in San Francisco, California. Tommy's Restaurant en Cantina has been open since 1965 and they're still celebrating 50 years!"

"Apart from being one of my top three favourite cocktails ever, it is the first cocktail where agave nectar or agave syrup, whatever you want to call it, was first introduced into a cocktail."

"1989 was also the year when a lot of my favourite bands started shaking off the 80's hairspray and ushered in the new generation guitar music. Bands like Guns N Roses, Pearl Jam, Nirvana & The Red Hot Chili Peppers provided the soundtrack to my cocktail education."

Max is a guy who truly loves the industry and one visit to his bar gives you clues to where he sees bartending heading. "Sustainability. Zero wastage. Some of this started in London but it's now being embraced all over the world, especially the United States & Australia.
"To give you a quick example, you have a bunch of mint. You use the sprig for your garnish, you use the leaves to muddle or something then you're left with the stems. We used to throw them away. No more. Some use them to infuse spirits, some people make mint powder, or some people use it to make a flavoured sugar syrup."

"What I'm trying to say is that we try to use everything from our fruit, veg and herbs. We try not to waste anything. I think that's the biggest thing at the moment. And also, I see there's a lot of lost classic cocktails coming back. They are the ones that will get you out of trouble on a busy day. Sustainability and go back to the old bloody great cocktails!"

Max is also on a one-man mission to not take himself and the industry too seriously and to re-inject good old fashioned simplicity, entertainment and fun back into the bar scene. "I don't know. We're all rock stars now. We all want to be someone. We're missing the good part of the ball, which is the fun. Some places are sterile. Some are too obsessive. You can see through social media - bartenders arguing amongst themselves about recipes. These things have already been done before but now they add all sorts of mists and smoke! I wonder if the bar industry could be a little more simple. Simple and fun."

Fun is what Max and his bar Vasco is all about. A night out with Max and Cherry Heering is a night to remember! "A couple of years ago the beautiful Adele Robberstad from Cherry Heering visited Australia and came to my bar. After a few Blood & Sands Adele, me and a couple of mates decided to go out for a drink. I'm like, what a great idea. Let's go out."

"I don't know how but we ended up in a seriously iconic gay bar in Kings Cross called Stonewall. We were probably the only straight people in there and there was some sort of talent contest / strip show on where the winner gets $50! Suddenly my legs just walked themselves on to the stage. I don't know what I'm doing. I'm turning around and everybody's, hey, take your pants off! So, I took my pants off. Then I turned around and realised it was a competition for the best ass. The winner was judged by a round of applause from all these lovely people around the room and guess what? I won the fifty bucks. The only straight guy in the room wins the fifty bucks! Singapore Slings are on me!"

Max continues to practice what he preaches - sustainability, simplicity, great drinks but most of all Rock N' Roll and a $50 piece of ass! 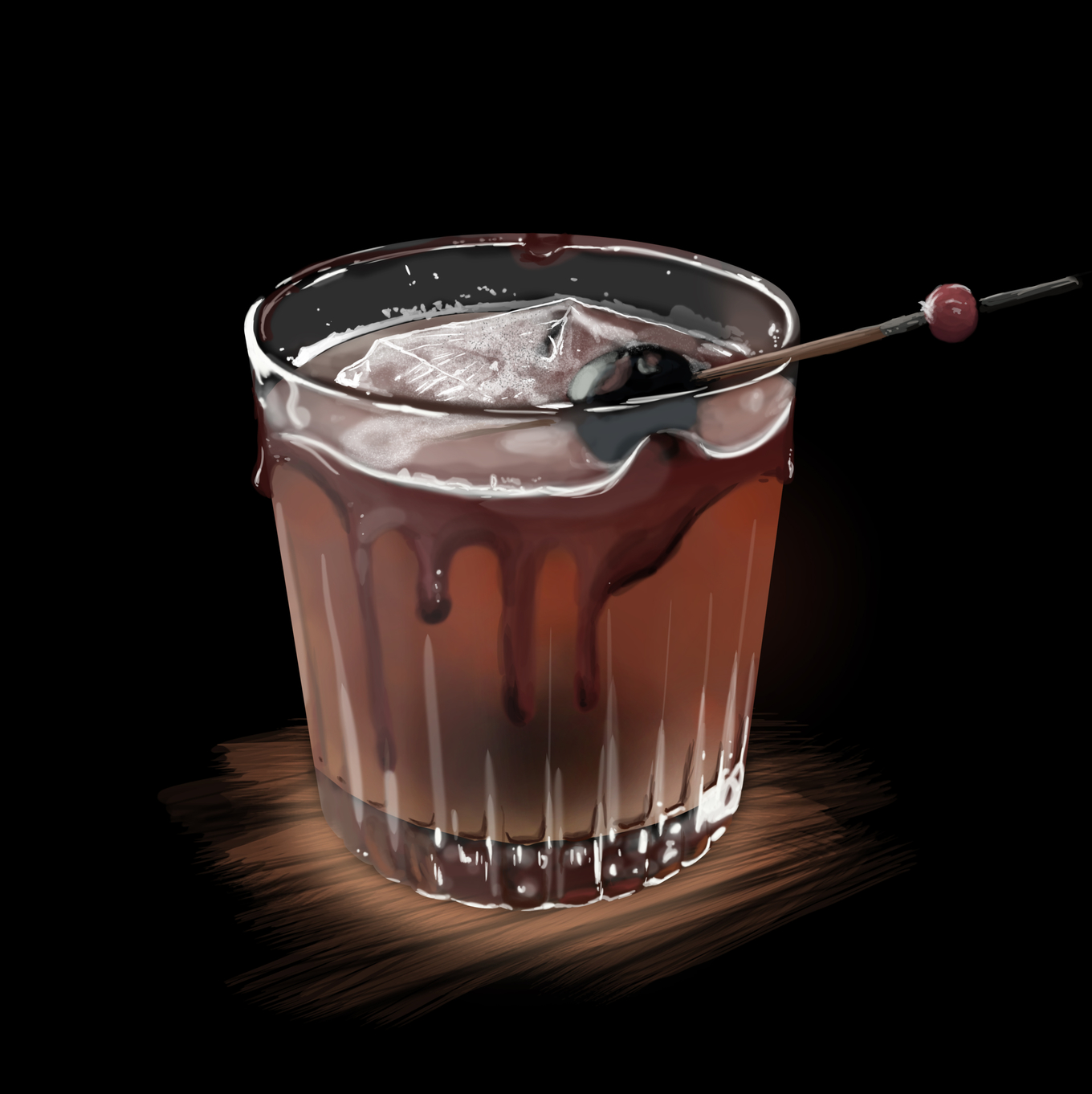 Glass: Rocks
Garnish: Smoked cherry on stick
Method: Shake all ingredients with ice and strain into a chilled glass over a large ice cube.