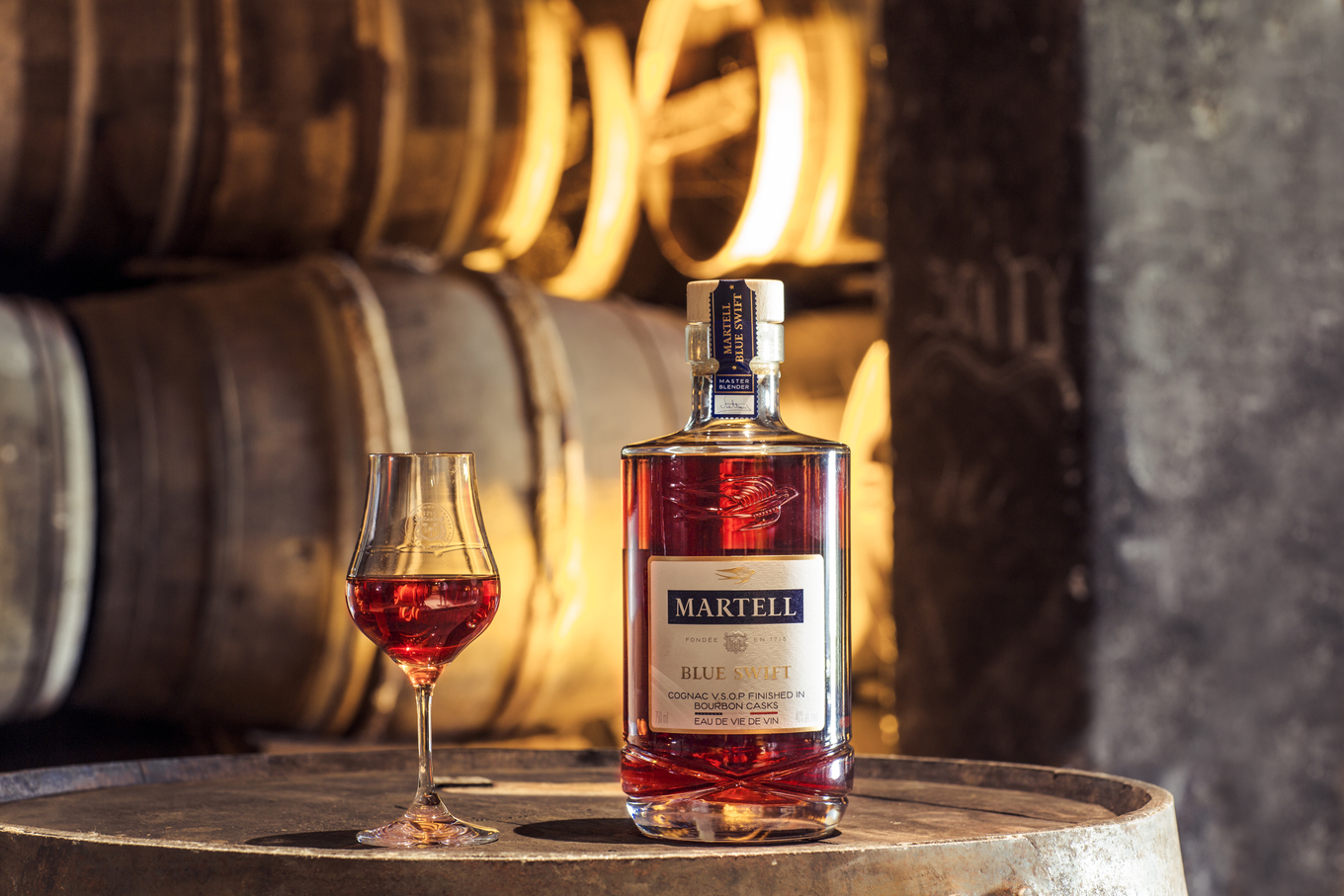 Many view the rules surrounding the production of cognac as being outdated, but due to tradition they have so far been generally accepted. However, one of Cognac’s largest houses has challenged these rules to such a degree that it has been forced to label its new product as a “spirit drink” rather than a cognac.

The oldest of the great Cognac houses, Société Martell & Co SA has been making cognac since 1715 so it is considerably older than the bureaucratic organisation that dictates what it can call its products (the appellation d'origine contrôlée was established in 1936).

And to be fair to the French bureaucrats, their American counterparts would not allow bourbon to be aged in ex-cognac casks, or indeed any cask that has previously been used at all. Those Americans insist on virgins! Hence, there are plenty of once used, one caring owner, excellent condition bourbon casks available and these are eagerly used by Scottish, Irish and Japanese whisky distillers, rum distillers, and indeed, distillers of all manner of products around the world. But not cognac distillers - well not until Martell dreamt up Blue Swift.

At a dinner held in London in late April 2018 to celebrate the launch of Blue Swift, I was fortunate to sit next to Christophe Valtaud, Martell's Maítre de Chai (Cellar Master) and the man responsible for creating this landmark "spirit drink". Interestingly, he has a very traditional Cognac background and grew up in a family that has owned and operated its Cognac house for generations, and he retains an interest in that house along with his brothers and sisters. But his links to Cognac are even deeper as his wife owns and operates another Cognac house. Cognac is literally in his blood, so Christophe is not the kind of person you'd expect to challenge Cognac's old guard. Yet even Christophe says that many of Cognacs rules, particularly those regarding permitted cask types are outdated.

The good folk at Martell would obviously have liked to label Blue Swift as a cognac rather than "spirit drink", but despite protestations to the authorities of the overall benefit to cognac if the permitted casks types were widened to allow bourbon, they were not permitted to do so.

Despite its "spirit drink" labelling, Blue Swift is recognisably a cognac, be it a cognac that has been noticeably influenced by bourbon barrels. It seems to me that a new category of Cognac should be established so that informed consumers who want to experiment with different wood finished cognacs have the opportunity to do so, while traditionalists can similarly exercise their consumer choice. If Blue Swift is as successful as I think it's going to be, then I suspect it won't be long before this happens and other cognac producers start bringing wood back from Kentucky.

In the meantime, I suggest you try this Sazerac cocktail recipe substituting the new "spirit drink" for cognac.