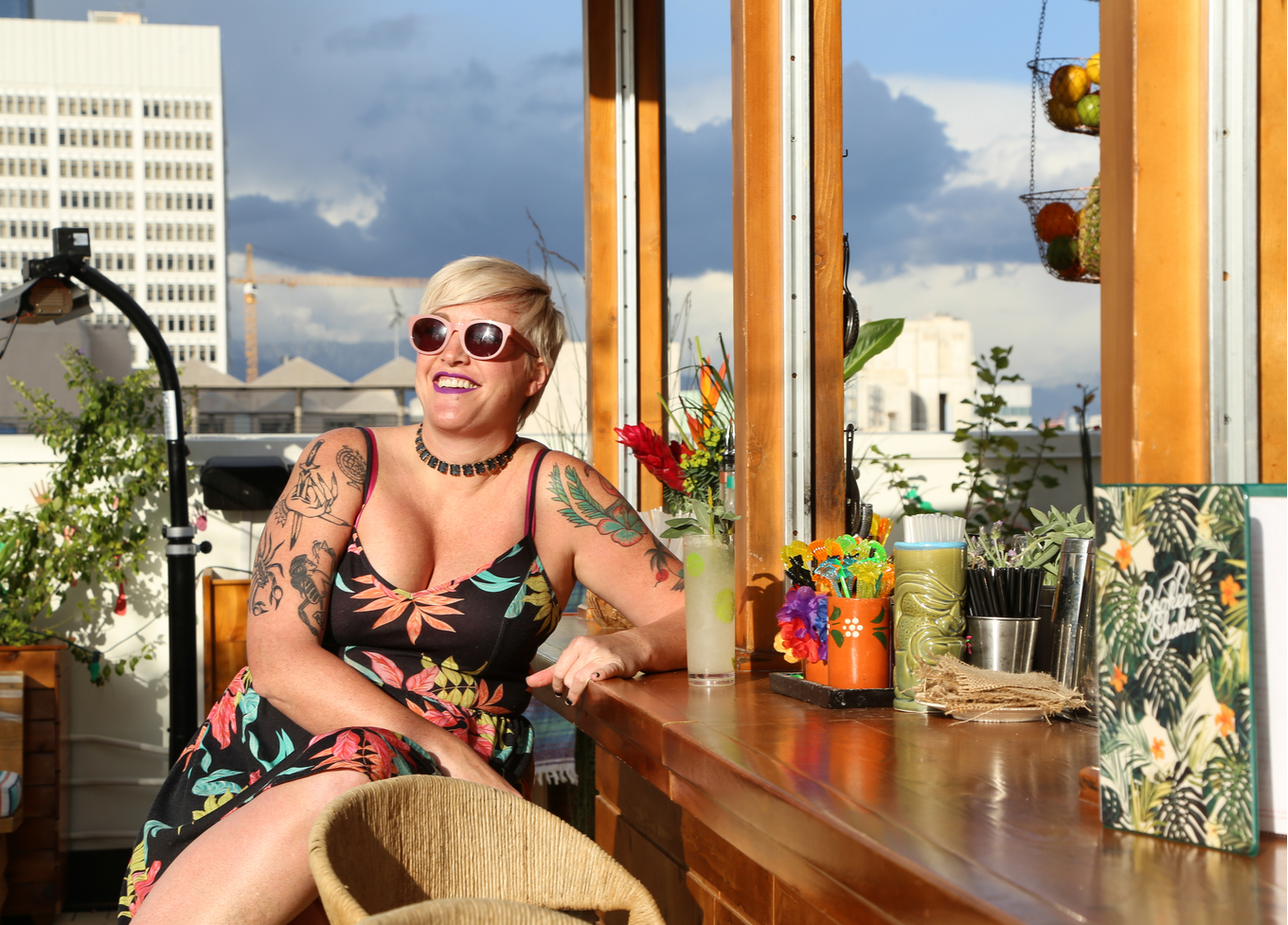 “I’d never been before I moved out here, but as soon as I got off the plane I knew I was home,” says East Coast native Christine of her adopted home, Los Angeles. “I love it here so much. It’s really magical. The weather! You have the desert, the beach, the mountains – there are so many different options. And the vibe is cool, and it’s just a whole new lifestyle! I was really so happy to be here.”

2012 was an epic year for Wiseman, now bar director at tropical cool anti-rooftop bar Broken Shaker. Not only did she abandon a successful career running kitchens in search of a life with more creativity and people action, but she moved from DC to LA, where she talked her way into a bartending job at modernist chef Michael Voltaggio's well-regarded ink. Gigs at No Vacancy, SkyBar, La Descarga and Break Room 86 led to her role at Broken Shaker.

Wiseman's Heering anniversary cocktail, the cherry-citrus Interstellar Space Voyage, commemorates that relocation from coast to coast. "Naming cocktails for me is the hardest part," she says. "I named the cocktail because moving here was such a big move for me, and it's been kind of a big interstellar voyage. It's about my really becoming who I am now and making that change in my life."

It's often observed that one central point of difference between East Coast and West Coast bartending styles is climate: not only the opportunities for outdoor drinking and the impact of different seasons on the palate, but the availability of produce in the farmers' markets. Wiseman's exuberant, contemporary, tropical drinks are all about that farmerly magic and the Interstellar Space Voyage pairs California flavours with luscious cherry fruit.

"I chose the most beautiful citrus because right now it's citrus season in California, and we have access to some of the most wonderful produce," Wiseman explains. "Pandan is really big in Korean and Asian styles of cooking: I live right in Thai Town and I'm obsessed with the little pandan buns. Lemon verbena is something really fresh that grows everywhere. It's like a trifecta for LA."

The garnishes, though beautiful and exuberant, are comparatively restrained by Wiseman's standards, with nary a pipe-cleaner flamingo in sight. "I have a pipe-cleaner garnish guy," she laughs. "There's a company that makes these really outlandish pipe-cleaner garnishes and the flamingos are a big hit with everybody. We're getting ready to do a new menu, and I have a monkey hanging in a palm tree: it's so cute!"

And, if you're reading this and cringing at the very prospect of a pipe-cleaner palm tree, Wiseman would like you to know that you are far from alone. "I used to hate garnishing cocktails. Unless it served a purpose to the cocktail, like a twist, I wouldn't garnish," she recalls. "But now I have an abundance of garnishes, and I'm like, 'It's only got two things! It definitely needs a third! What can I put in there? Glitter? Flowers?'"

A woman of so many impressive tattoos that she has to pause for thought and add an -ish after the number 12, Wiseman has an energy and optimism that's as Californian as freshly squeezed orange and infectious even over the phone. Which isn't to say there's nothing she'd change about an industry where women remain grossly under-represented behind the bar.

"As a female behind the bar, the one thing I would really change is our customers' point of view. If there's a guy behind the bar, they tend to always go to the guy first," she says. "And there's always this idea that the vessels for cocktails are feminine and so on - GLASSWARE HAS NO GENDER! Just drink what you want, and what you will enjoy."

Like so many migrants, Wiseman and her partner arrived in LA with grand plans which have not entirely materialised as yet. "I grew up on the East Coast, lived there my whole life, and my boyfriend and I were looking to open our own restaurant," she says. "We finally decided what better place to try that than LA? We could have the lifestyle we wanted and the nice weather, so we moved out here. But we've not opened that restaurant yet. Life took us different paths."

Since 2012, both bartending and Los Angeles have proved a land of opportunity. And, judging by her drinks, she'll stay on that cocktail path for much longer than six years. 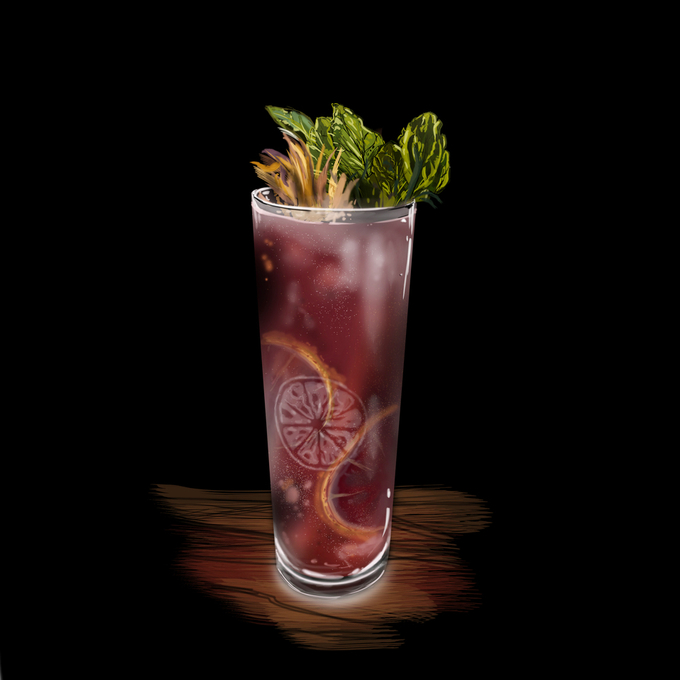 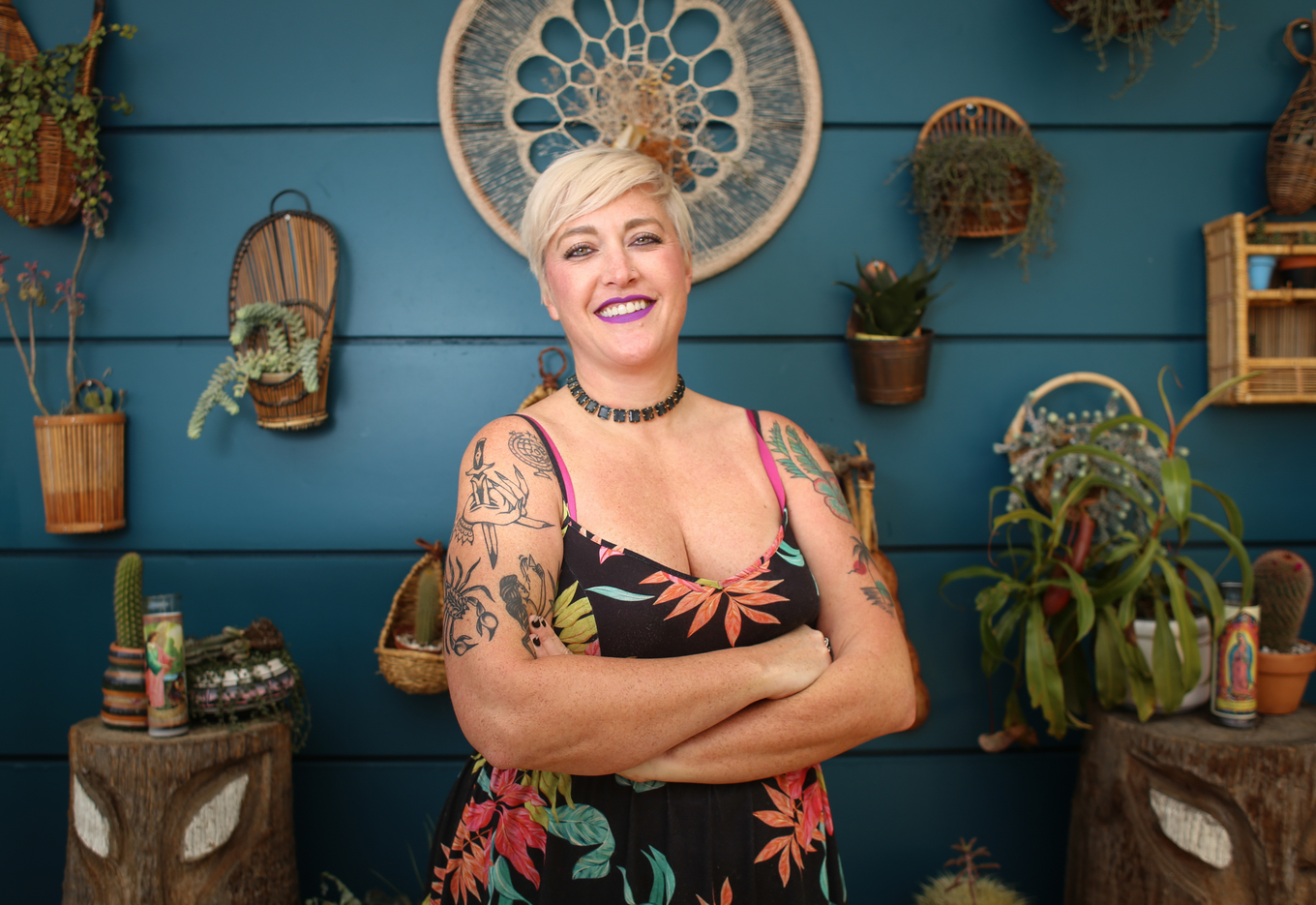