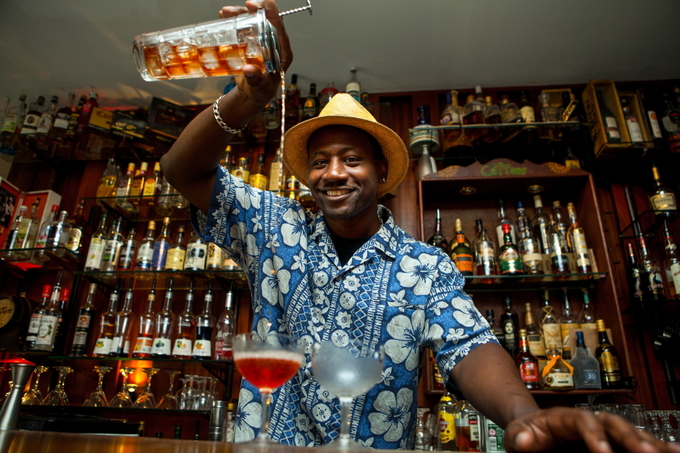 Ian Burrell is one of the most unique figures in the spirits and cocktails world. Most people you can pin down and define easily: I'm a bartender, she's a spirits writer, he's a brand ambassador, and so on. But I've been friends with Ian for a decade and when I introduce him I still haven't found a way to sum him, other than "He's the rum ambassador and the most entertaining guy you'll ever meet."

Ian has never been comfortable with settling for just one life. He was a professional basketball player in the UK. Then he was an international recording artist known as The Dude, whose hit Rock Da Juice is one of the most fun pop songs you'll ever hear. And then in 2007, Ian took a sharp turn and turned a lifelong love of rum into UK RumFest, the world's first international celebration of all things rum, presided over by the world's first international ambassador of rum. And Ian is also unique in that regard: he doesn't just represent one single brand - he is the face of an entire category.

I asked the Rum Ambassador to share his favorite Cherry Heering memory with me, and he naturally spoke of a former Danish girlfriend. "She challenged me to create a Danish cocktail for her. I knew she liked Blood & Sand s, so I simply substituted the whisky for a Jamaican rum, added sweet vermouth, fresh orange, and Denmark's famous Cherry Heering. Shook it and served it in a glass that had captured the smoke from burning cherry wood. I called it "Jamaican Blood". She loved it, and me, of course."

Of course she did. I've never met anyone who wasn't immediately drawn in by Ian's charm and infectious joyous personality. And the professional world feels the same way. He's an educator who entertains, and is constantly in demand to give keynote speeches, lead rum tastings, and present cocktail demonstrations to trade & consumers alike. I bump into Ian in my travels all over the world, there's seemingly nowhere he isn't admired. In 2014, he even found the time to break the Guinness World Record for the world's largest organized rum tasting. Impressive to say the least.

And I think it's really because you can feel the passion for not only rum and education from Ian, but you can feel his passion for life. He is a six-time final four nominee as International Brands Ambassador of the year at the Spirited Awards at The Tales of the Cocktail in New Orleans, even though Ian doesn't represent any single brand.

For his cocktail, Ian selected the year 1962, the year Jamaica gained its independence from England. Ian's parents are Jamaican, so his roots with the island run deep. The cocktail, made as a nod to the Old Fashioned, uses Jamaican products, with Cherry Heering & chocolate bitters adding a fruit-forward flavor profile popular on the Caribbean island. And to tie the whole thing together, he names the drink "Cherry Oh Baby" after Eric Donaldson's smash hit from 1971, which incidentally was the year both Ian and I were born.

When Ian concocts a new drink he does so to help give people a better understanding of the vast world of rum flavors and style within a cocktail. Thanks to much of his hard work, bartenders are moving away from just using a white, gold or dark rum within their drinks. They are calling for styles of rums such as Jamaican pure single rum, or a Barbadian single blend or even a light Puerto Rican style rum.

Ian starts with blended Jamaican rum, and then brings in a healthy dose of Cherry Heering to round out those fruit notes. Cherry Heering helped steer him towards fuller bodied rums with deep fruity & spicy notes, as he will happily tell you. The drink is touched with a bit of a sorrel syrup and allspice dram, and then hits it with some chocolate bitters. The drink is stirred, and served over large ice in a chilled old-fashioned glass. And the garnish? Why, a cherry dipped in chocolate, naturally.

Ian is a credit to our profession. Not only is the man charming, positive, and a joyous addition to every room he lights up with his infectious smile, he is also a light to others. He strives every day to show people that, in his words, "I have one chance to make our industry better. So, I help to promote diversity within our industry and show that ANYONE can achieve, if they believe in themselves." We're all better for knowing you, Ian. 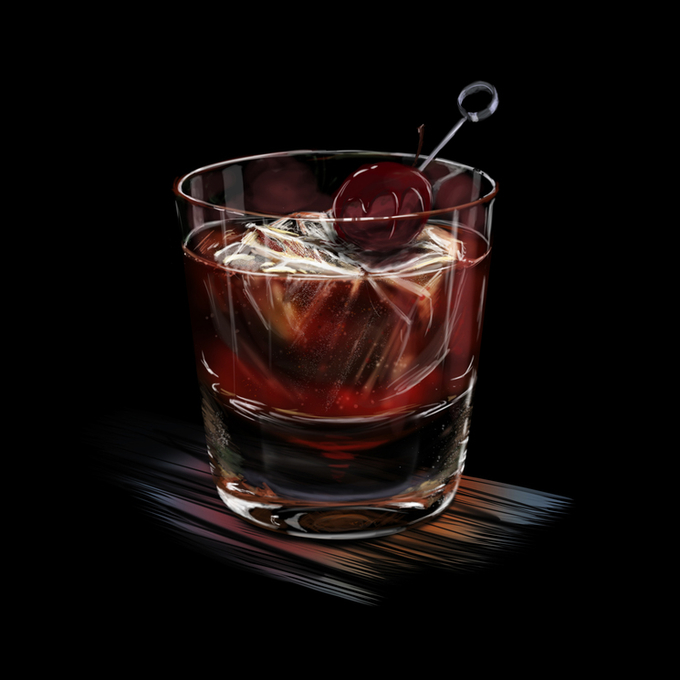