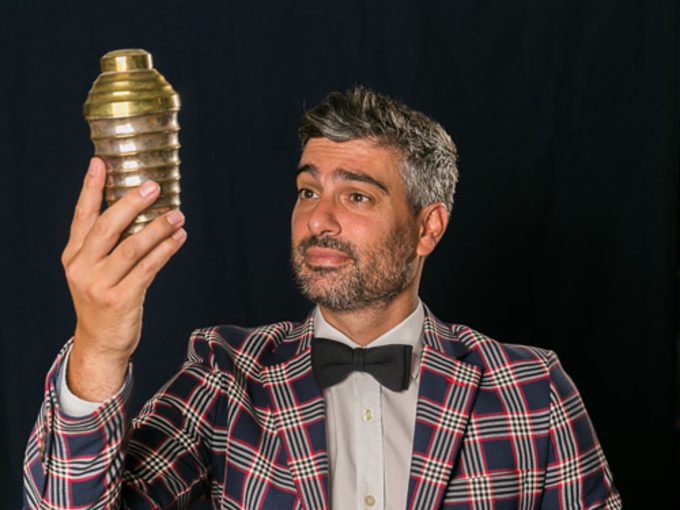 “The year I am selecting is 1969. Why? Because it’s the year the world changed,” explains Diego Cabrera, Madrid’s most celebrated bartender, owner of Salmon Guru and author of Cocteles sin Coctelera [Cocktails Without a Cocktail Shaker]. “Neil Armstrong went to the moon, Led Zeppelin released their first album, the Beatles held their last live performance and Concorde took its first flight”

For Cabrera, the Woodstock festival, the Stonewall Riots and intensifying demonstrations against the war in Vietnam mark a point where the revolution that shaped modern society reached critical mass. To commemorate this year of highs and lows, he serves his anniversary cocktail in a hip flask. "That way you can refill wherever you want and continue your trip around this emotional year of 1969," he notes. "There were concerts, demonstrations, everything - this way you can enjoy it wherever you want."

Channelling Bryan Adams, Cabrera calls his drink the Summer of 69. At the heart of the mix is the timeless pairing of Cherry Heering and citrus. Moonshine, long illegal, provides a rebellious core, while chilli adds literal and symbolic spice.

Growing up in Buenos Aires, classic liqueurs were thin on the ground. "When I was a child, we literally attacked my father's minibar and drank lots of liquor!" Cabrera recalls. "When my father arrived, we were (obviously!) a bit drunk, and he was pretty angry. But I always remember that he was not as upset as he could have been as we did not drink two of his prized bottles, both gifts - one of them being Heering. I always remembered that bottle that I knew I was not allowed to drink."

Like so many others, Cabrera fell into bartending thanks to his desire to travel. He worked in cocktail bars while studying Foreign Trade, then headed off on a working holiday. "I took a year off in 2000 and my knowledge helped me to work anywhere and continue travelling," he laughs. "I am 18 years travelling now!"

After working his way around Spain, Cabrera landed at Barcelona's luxurious Hotel Arts, working alongside the celebrity chef Sergi Arola. In 2008, he opened the bar for Arola's Michelin two-star restaurant, Sergi Arola Gastro; in 2010, with Arola's help, he launched his revolutionary gastro-cocktail bar Le Cabrera. In 2013, the year Gastro shuttered, Cabrera departed his namesake bar after what he describes as "societal problems and philosophical differences": it's now closed.

Besides Salmon Guru, the neon-bright artisan cocktail space he opened with two partners in 2016, and an upcoming project, of which more later, Cabrera remains impressively busy. He promotes cocktail culture on the La Sala radio show and Bon Viveur website; he presents at events from Tales of the Cocktail to the Lisbon Bar Show and judges cocktail competitions. Yet he still manages to get back to Buenos Aires, which he'd place in the world's top five cities for cocktails, regularly.

Cabrera's passion, however, lies less in travel than in his own places. "Salmon Guru is more the Diego Cabrera philosophy: it is more authentic and eclectic with super crazy decorations - comics, neons, etcetera - and a big mix of music that I pair for certain times of the day or night," he notes. "It has a lot of personality - it's an extension of all of the creativity that is going on in my head! It is a very friendly bar that attracts customers from all over the world."

Despite his enthusiasm for the 60s, Cabrera feels the era we are living in now is the best age for cocktails the world has ever known, thanks to the (largely) seamless local and international flow of knowledge the internet enables. "We have different styles in different countries but the most important thing is that we can share the information," he amplifies. "In Spain we love to create new cocktails using kitchen techniques. It is very visual with incredible results."

Yet he also feels bartenders need to be aware of the impact of their work on society in general and on individual lives. "Our job is very important: we work with a drug. It is critical to know how it affects people," Cabrera notes. "We need a good association that guarantees our work, like they have in other industries. It's not just about sharing cocktail recipes."

Right now, however, Cabrera's focus is on his own bars, which he has ambitions to expand internationally. "We will open a new place soon, near Salmon Guru but with a different cocktail concept: classic, with vintage products and look and feel," he explains. "It's a very special place from 1856 in the heart of Madrid." Clearly, for all his love of revolutions, Cabrera's philosophy has classicism at its core: not just in cocktails, but in buildings, too. 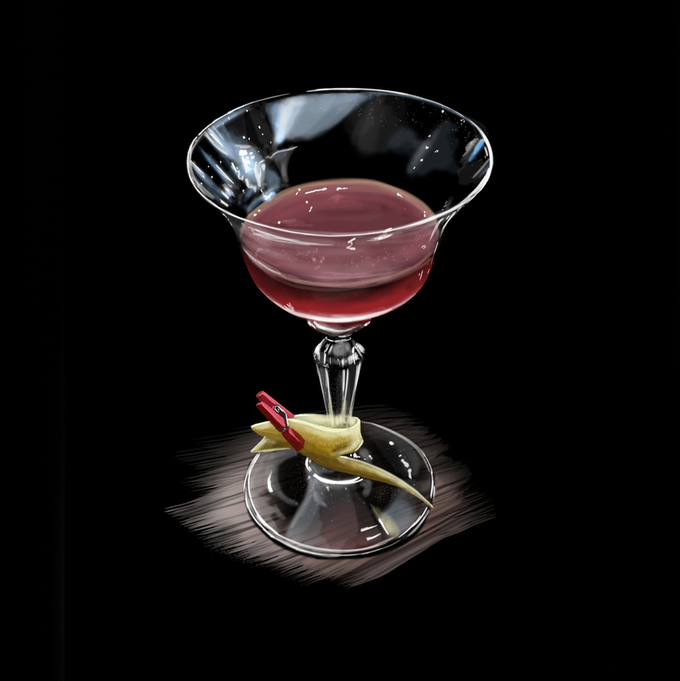 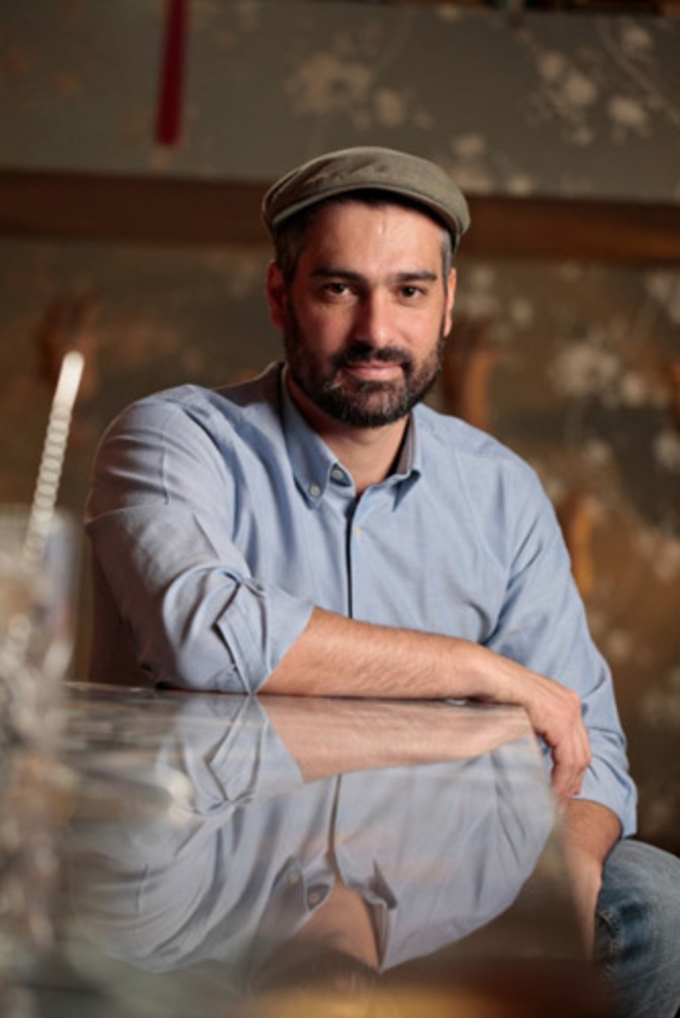 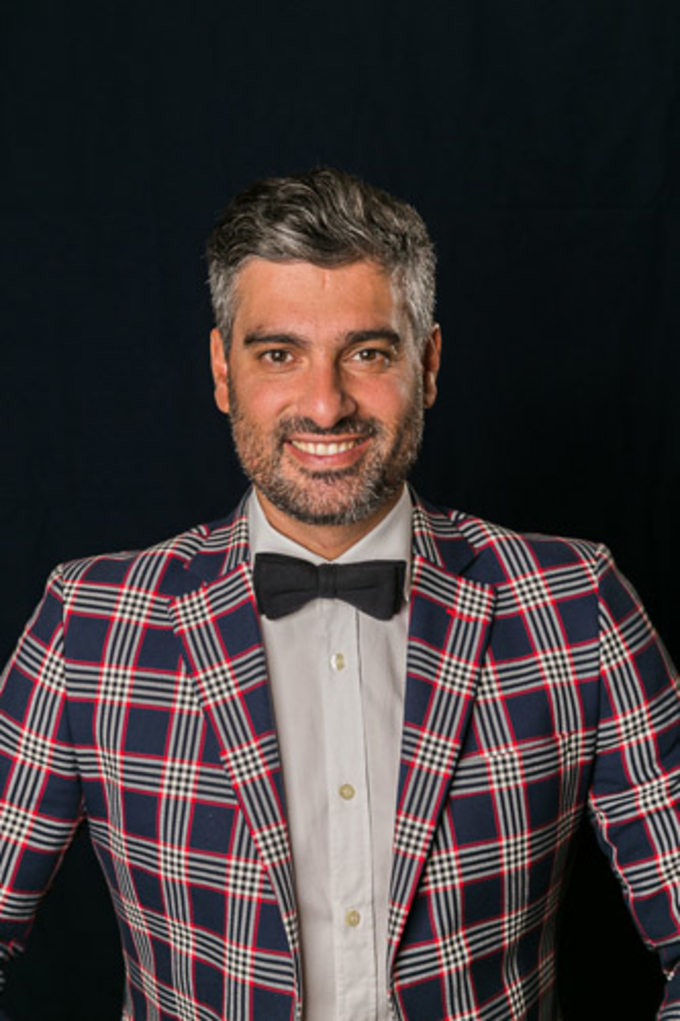