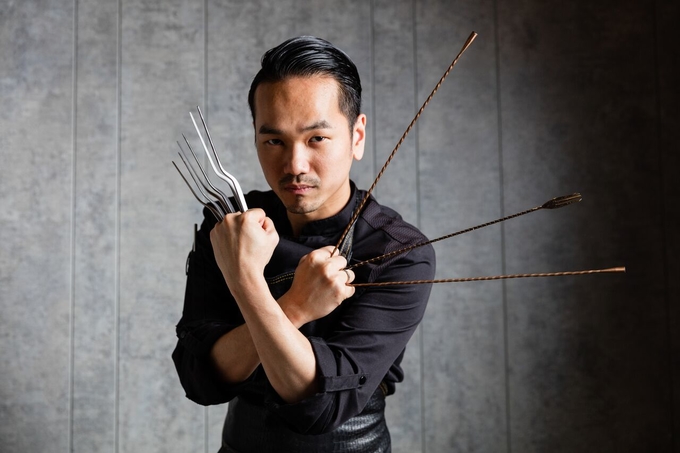 1997 was a pivotal year for the island of Hong Kong. As remembered by Bartender Antonio Lai, it was a time of political change and of nostalgic flavors and flair.

"I remember having my first drink at a bar in 1997 and watching the bartender flair with such ease and grace," recalls Barman Antonio Lai, warmly. "I remember thinking, 'I want to be just like them.'"

For some, a moment like this might prove a passing fancy. For Lai, it would change his life. That change in his career path would in turn change Hong Kong's bar scene for the better forever.

Today, you'll find Antonio Lai in a dapper suit several nights a week, tending to eager crowds at his bar, Quinary. The crowd is often equally split between locals and expats, foreigners there on business and tourists looking to experience the best liquid flavors in a town known for culinary melting-pot prowess.

When Cherry Heering sought a slew of great tenders around the world to commemorate their upcoming 200th anniversary in 2018, Antonio Lai was the obvious choice for Hong Kong. They posed the question, "What year would you choose in our 200-year history to build a drink around and why?"

For Lai, it had to be 1997 - a year of Hong Kong's return to Chinese rule. A year of hot summer nights and the ubiquitous Long Island Iced Tea.

"The handover ceremony of Hong Kong in 1997 officially marked the transfer of sovereignty over Hong Kong from the United Kingdom of Great Britain and Northern Ireland to the People's Republic of China," he says. "It was an internationally televised event with the ceremony commencing on the night of 30th June 1997 and finishing on the first of July."

As the world changed forever for the citizens of Hong Kong outside, inside of his own head, Antonio Lai was plotting a course that would change the city's landscape for drinks. He didn't know it at the time, but his decision to pursue bartending full-time in that year would result in the city's modern love affair with his current playful takes on serious libations. From a start in flair bartending at Hong Kong's Planet Hollywood in these new '90s days, he would go on to be a leader in molecular drink creation. Lai and his partners would eventually form Tastings Group - which today owns and operates five illustrious craft cocktail bars in the city, including Ori-gin, Angel's Share, and the Envoy bar at the Pottinger Hotel (where Room 309 is also imminent).

When you mention 1997 to him, his first thought is of the nights when a seemingly endless amount of Long Island Iced Teas were ordered. He set out to recreate the original - a drink often maligned for being too many spirits at once--to make it something proud and palatable.

"Finding a recipe which is, in both parts, iconic and easily referred to while having the room to play with techniques and ingredients to make it fit the theme," he says was the biggest challenge of Cherry Heering's request to honor the year with a drink. "I chose the Long Island Iced Tea because of its controversial nature in the world of modern mixology," he laughs. "Some bartenders have been known to refuse to make them altogether. I served it with a twist, by using Cherry Heering instead of Cointreau for a bright red version that's the same color as the flag of Hong Kong. I added Aquavit instead of vodka for a Danish interpretation, as homage to Cherry Heering's long heritage. This cocktail was my memory of a new chapter to come, both for my home country and the world of cocktails."

He named this new drink The Hong Kong Island, which on the surface might sound simple, but it holds a double meaning in Cantonese. The word Hong sounds like the word Red in this language, a nod to the hue of the flag and to the color of Cherry Heering in the bottle.

"It's shaken in a Perlini shaker and strained, with a float of Sprite/Lemonade, garnished with lemon twist and cherry in a Sling Glass," says Lai. "Sprite Super Lemon was released as a Slurpee flavor in Hong Kong in 2003, and I was instantly hooked, because it reminded me of Super Lemon--a popular sour candy in Hong Kong, especially amongst kids. Growing up, cherries were my favorite fruit, but it was subject to seasonal availability. So, I could only enjoy it for a few months during the year. So, I think of this as a combined realization of my favorite childhood flavors."

Today, if you have the pleasure to sit at any of his illustrious outposts in the city, you'll open menus to find Multisensory Mixology--a coin he termed for his drink design style. Playful uses of smoke and rare Japanese fruits, tiny moments of detail and adept skill with citric acid make each concoction truly one-of-a-kind. You'll also find a plastic flamingo or a little bathtub replacing the glassware, because Lai is still a kid at heart, if anything. Those days of Planet Hollywood certainly taught him that. 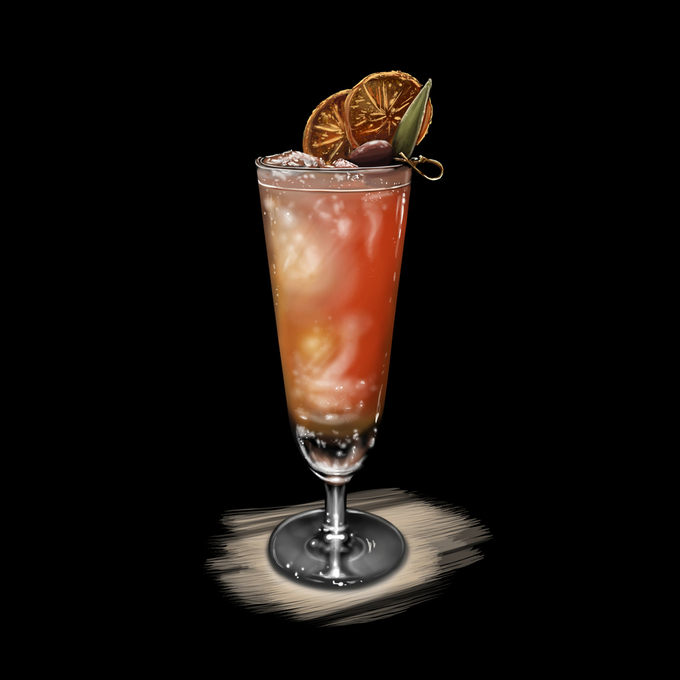