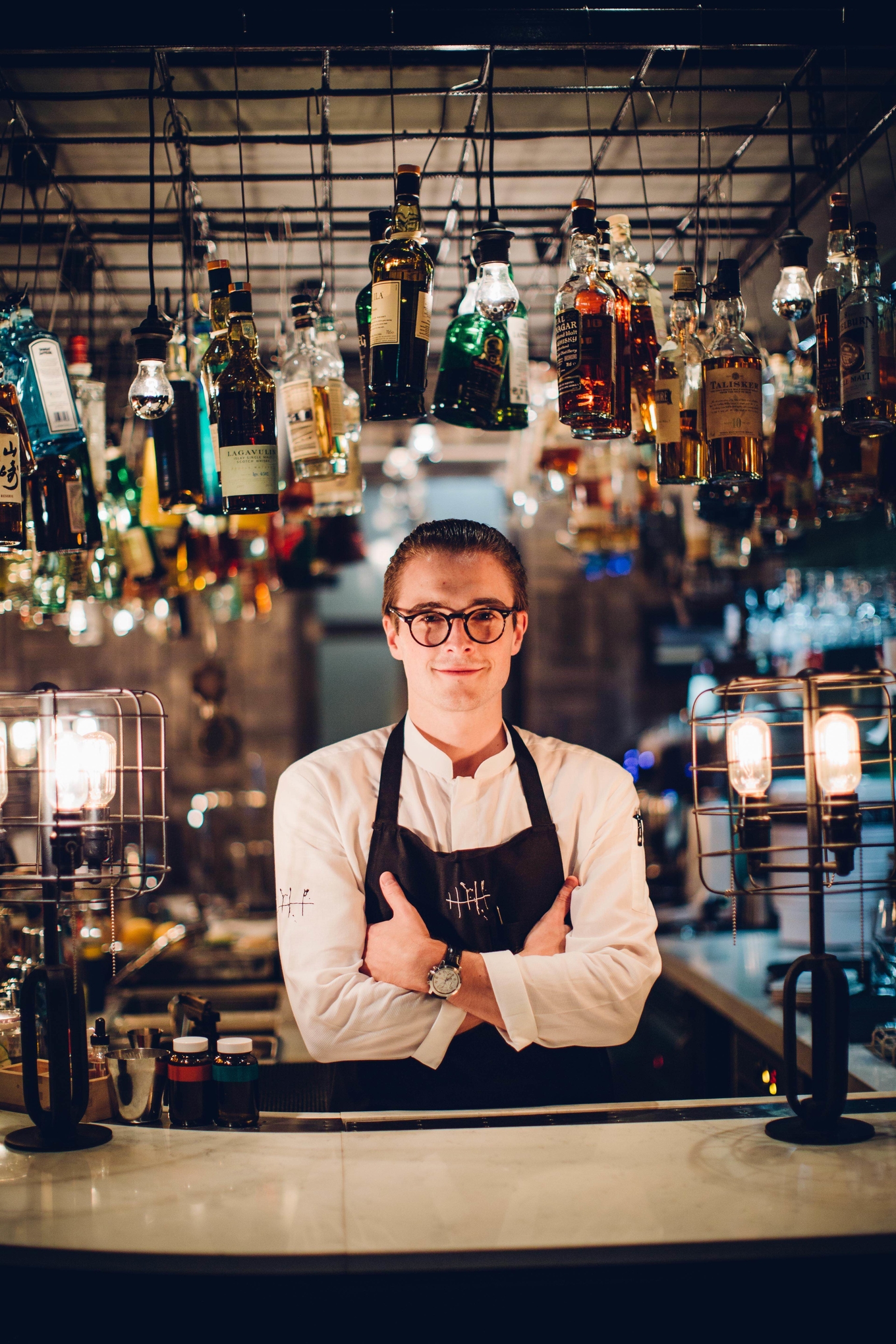 Modern history shows that art students often have an affinity for finding summer jobs in the hospitality industry - at entry level it's pretty easy and you get to meet new people all the time. Usually it's not a permanent career - but Joe Schofield has made it so.

One step at a time, Joe has gained experience under some of the most accomplished experts in the bartending world. Principally at some of London's internationally renowned cocktail bars - including The Zetter Townhouse; and The American Bar (No. 2, The World’s 50 Best Bars 2016) and Beaufort Bar at The Savoy; and including stints in Melbourne and Sydney, Australia.

“When I was 16 I took a part-time job in a local pub which was 10 minutes away from my house," Joe said recently, "Two years later when I went to university in Leeds to study contemporary art, I started working at cocktail bars there, and that’s when I fell in love with the cocktail world.”

His rapid climb up the regional bar ranks was assured when he placed in the top five of the Bombay Sapphire World’s Most Imaginative Bartender competition, followed quickly by coming in as a Global Finalist at the Beefeater Mix London. And as well as being picked to judge at the
Bacardi Legacy regional finals in the United Kingdom, Joe most recently won International Bartender of the Year at the Tales of the Cocktail’s 2018 Spirited Awards - all in the span of five short years.

In 2016, Joe had moved from behind London's legendary bar venue at The Savoy to Asia to join the Tippling Club in Singapore - a city where he had - like many before him - enjoyed his first drink of the Singapore Sling in The Long Bar at Raffles Hotel.

Dedicated career moves or serendipity? Perhaps a magical combination of both!

“It’s a challenge, though one that I embrace, to develop bar programmes for various establishments. It’s important that they complement the distinctive cuisines offered and yet are strong enough to stand on their own,” Joe rightly avers.

As Joe explains, “The menu and drinking experiences showcased the synergy between kitchen and bar, in terms of both flavour and technique. I think a drink should always tell a story and be representative of the venue."

“I believe that the current trend in the industry today is with more and more bartenders starting to look towards the kitchen for inspiration. There’s always so much to learn from that side of the F&B world!”

And what next? As he says in his email signature, "Bartender Owner - Schofield's Bar - Coming Soon."

In celebration of Cherry Heering's 200th anniversary, Joe says his cocktail was inspired by the extremely iconic Cherry Red Ford Mustang that was created in 1966.

“I wanted to work with flavours that play well with Cherry Heering and were relevant to our beverage philosophy at Tippling Club where we blur the lines between kitchen and bar. In the Mustang we use an Apple Cider Gastrique, a combination of caramel and apple cider vinegar that works beautifully with the flavour profile of the Cherry Heering.” 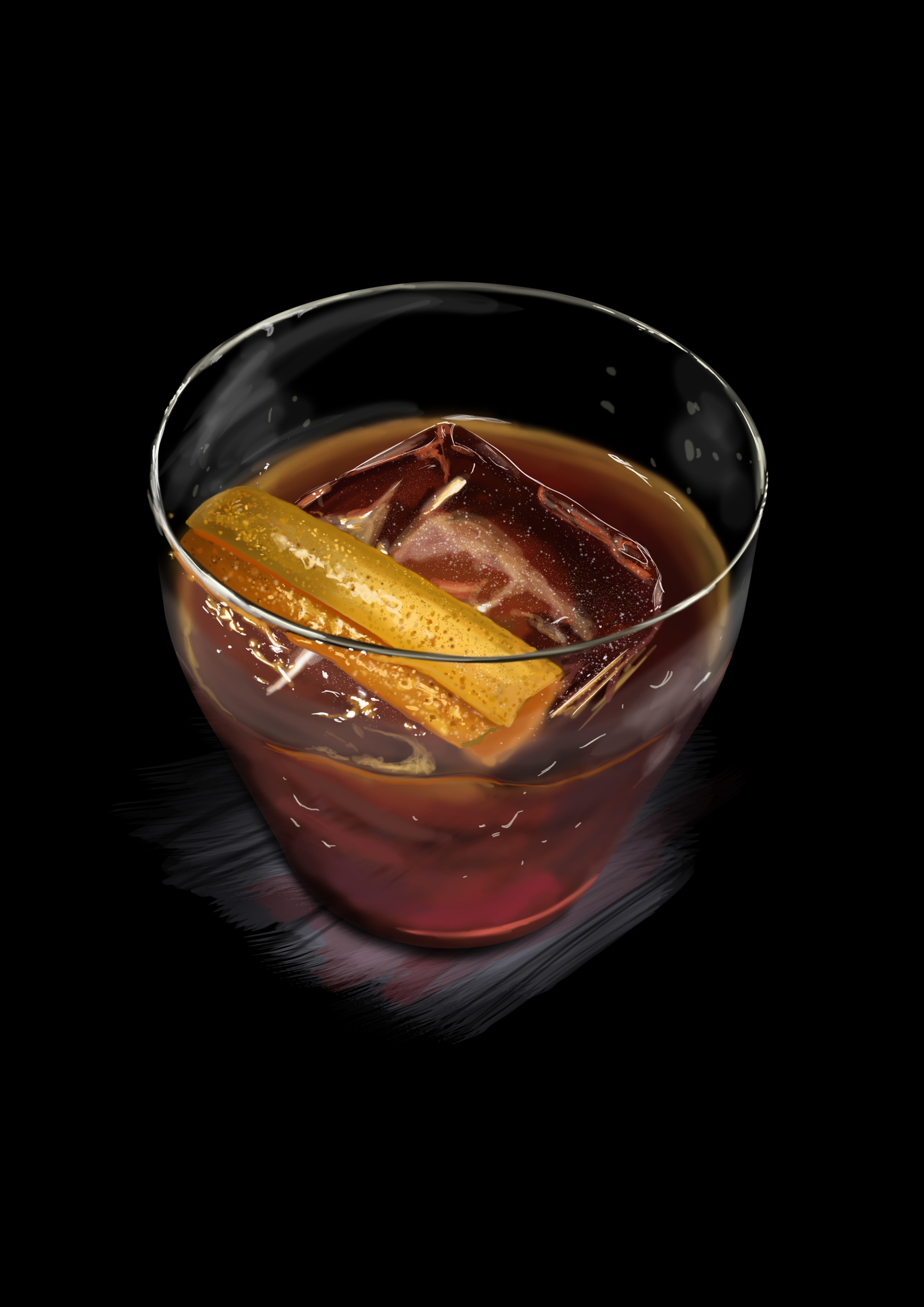 Glass: Rocks
Method: Stir all ingredients with ice and serve on one block of ice.
Garnish: Long lemon and long orange twists.

*Caramel Syrup:
200g Caster Sugar,
4tbsp Water
Heat caster sugar in pan with water over a medium/high heat without stirring. Gently brush sides frequently with a wet pastry brush. In 5-8 minutes the bubbling mixture will turn to a light blonde colour. Allow to cool for 10 minutes and then add 70g additional water.